Members of the Senate Foreign Relations Committee want to lift the arms sale ban on the disputed island. 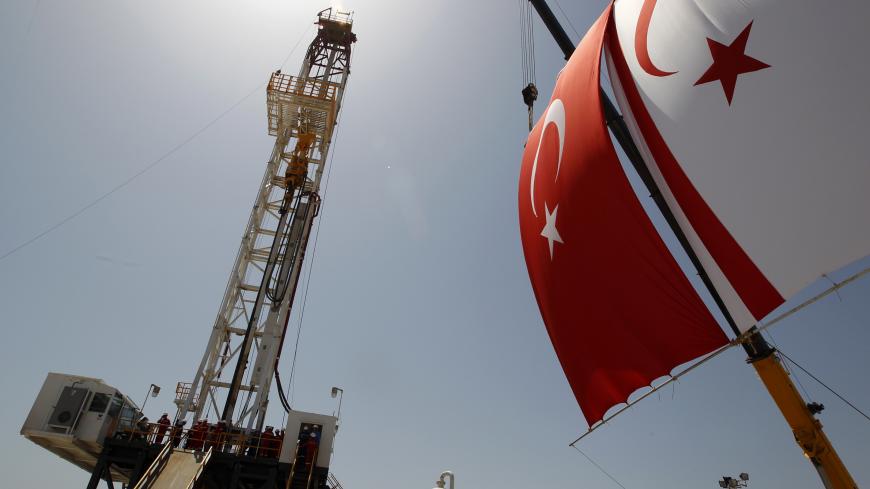 Turkey critics on Capitol Hill could add a new irritant to the strained bilateral relationship with legislation retooling longstanding US policy toward the disputed island of Cyprus.

Menendez argues that deepening US-Cypriot energy cooperation is needed to counter European energy dependence on Russia. But Turkey, which occupies northern Cyprus, has its own claims on offshore oil and gas reserves, whose discovery has escalated tensions between Ankara and the Cypriot government in recent years. Turkish Foreign Minister Mevlut Cavusoglu vowed earlier this year that Ankara would soon begin drilling for oil and gas off of Cyprus.

Despite the competing claims over Cyprus’ Exclusive Economic Zone, Exxon Mobil and Qatar Petroleum began drilling on behalf of the Cypriot government in November. The drilling began shortly after Cyprus and Egypt struck a deal to build a gas pipeline between the two countries. Lebanon, which is involved in its own maritime border dispute with neighboring Israel, also announced this week that it is working on an oil and gas exploration deal with Cyprus.

The vast energy reserves and overlapping maritime claims among historic rivals threaten to turn up the heat in the Eastern Mediterranean. In February 2018, Cyprus accused Turkey of blocking an Italian drillship dispatched to explore for offshore oil and gas reserves.

Without naming Turkey, Menendez’s legislation requires the State Department to report to Congress on interference against Cypriot efforts “to explore and exploit natural resources in its Exclusive Economic Zone” as well as incursions into Greek airspace. It also authorizes $2 million in security assistance for Cyprus and $5 million for Greece.

Menendez plans to travel to both Cyprus and Greece from April 15 to April 24. After meeting with Cypriot Foreign Minister Nikos Christodoulides last month, Menendez said “we are getting ever closer” to lifting the arms embargo on Cyprus, which was first instated in 1987.

The bill would also ban the transfer of the F-35 fighter jet to Turkey if it proceeds with purchasing the Russian S-400 missile defense system. The Trump administration suspended the delivery of F-35 equipment to Turkey last week amid fears Russia could use the S-400 to spy on the US jet.

“The choice made by President Recep Tayyip Erdogan of Turkey will have profound consequences for his country’s place in the world, its relationship with the United States and its standing in NATO,” the senators wrote.

David Satterfield, the acting assistant secretary of state for Near Eastern affairs and Trump’s nominee to serve as ambassador to Turkey, joined the chorus of voices putting Ankara on notice during his confirmation hearing today. “By moving ahead with its purchase of the Russian S-400 missile defense system, and as [Secretary of State Mike Pompeo] told this committee yesterday, Turkey puts its participation in the F-35 program at profound risk and faces sanctions,” Satterfield said.

And Sens. Roger Wicker, R-Miss., and Ben Cardin, D-Md., introduced another bill this week that would require the Trump administration to sanction all senior Turkish officials involved in the wrongful detention of US citizens and consular staff.

“The bipartisan measure we are introducing today puts Turkey on notice that it can either quickly resolve these cases and free our citizens and local staff, or face real consequences,” Wicker said in a statement introducing the bill. “Turkey is a valuable NATO ally — I expect it to start acting like one.”