With the suspension of the Sharia courts’ work due to the confinement in the Gaza Strip, many Palestinian women have been struggling to get their rights to custody and alimony, while many have been separated from their children. 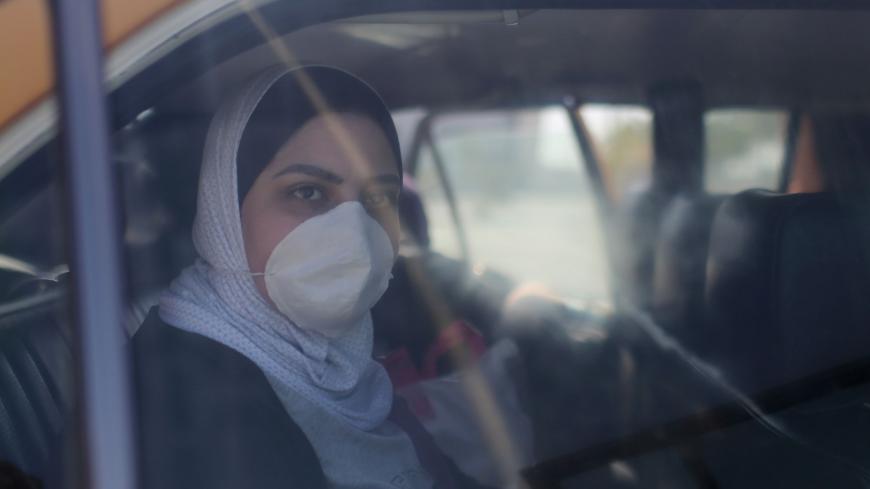 GAZA CITY, Gaza Strip — A state of emergency for 30 days was initially declared in the Palestinian territories March 5 as per a presidential decree, and was later extended until May 5 as part of measures to stem the outbreak of the novel coronavirus.

Consequently, on March 23, the Sharia courts across the Palestinian territories suspended their work in accordance with the decision of the Palestinian Authority’s (PA) Supreme Sharia Judge Mahmoud al-Habbash, which put off several sensitive cases, namely involving custody and women issues.

On the same day, the Palestinian Bar Association in the Gaza Strip announced that it was suspending work in all regular courts across Gaza.

“In light of the lockdown and suspension of legal procedures, women in the Gaza Strip have become even more vulnerable and unable to file lawsuits before the courts,” Iman Fatima, a lawyer from the AISHA Association for Women and Child Protection in Gaza, told Al-Monitor.

She said many fathers took advantage of the situation by denying mothers the right to custody of their children following a divorce. Some men have kidnapped children from their mothers or not returned them after a visit, she added.

“I haven’t seen my only four-year-old daughter for 40 days. Her father kept her with them after her last visit to him although we had agreed on visitation rights prior to that. She is supposed to spend three days with him and four with me. I could not go to court again given the situation,” Samira told Al-Monitor.

“Even the police refused to step in to resolve the situation and required a court decision to take action and return my daughter in my custody. I am not sure if my daughter is safe with her father and if all precautions are taken to prevent her from getting infected by the coronavirus,” Samira said via phone.

Fatima, who is the legal representative of Samira, said her hands are tied and there is nothing she can do at the moment. “There are several other cases on hold, involving alimony and deferred "mahr" (dowry). Many men are now evading their sentences since detention orders are also suspended,” the lawyer explained.

The spokesman for the Palestinian police in the Gaza Strip, Col. Ayman al-Batniji, told Al-Monitor, “Given the state of emergency and the suspension of Sharia courts, the Gaza police cannot implement court orders related to alimony or custody. Our job has been limited to resolve cases through the public relations or family and household departments to settle differences between mothers and husbands, families and neighbors in an amicable manner.”

“The forced execution of a court decision is done via the court’s execution department, which sends detention orders through the judicial police. But everything has been put on hold now except for very urgent issues. The police have also refrained from delivering the Sharia court’s notices subpoenas, and from transferring prisoners, as part of the efforts to fight the spread of the virus,” he added.

Batniji noted that the state of emergency required some members of the judicial police to monitor the quarantine centers and enforce precautionary measures within the governorates in Gaza.

“Out of 10,000 officers in the Gaza Strip, 600 to 700 police officers have been deployed at various checkpoints in Gaza to follow up on people’s movements during the crisis. Another 1,000 officers have been discharged from their normal duties and deployed to guard and monitor quarantine centers. Some 500 policemen are present in the markets and public places to monitor the lockdown measures. The remaining police force continue their normal duties,” he added.

The AISHA Association for Women and Child Protection has been monitoring an increase in cases of violence against women and children since the beginning of the confinement.

Mohammad Abu Jalal al-Jajah, the association’s evaluation and monitor official, told Al-Monitor, “Our foundation conducted an online survey in April on the health impact of the virus on gender-based violence. It revealed that the violence against women increased by 30% and against children by 36% during the lockdown in the Gaza Strip.”

Jajah said that the survey showed that 58% of gender-based violence is the result of the deteriorating economic situation and the stay-at-home policy that have kept many men from their jobs.

Also, there has been a 50% increase in physical violence against women during this period, according to the same study, which is not available online.

Mouna Moussa, a social worker at AISHA association, explained that the fact that many men have lost their jobs during the lockdown was the main factor behind increasing domestic violence. “The economic strains and difficulty to make ends meet during confinement have placed great pressure on breadwinners and men within a household, which has been translated into verbal, physical and sexual abuse in many cases.”