Rocket fired toward Israel amid coronavirus outbreak in Gaza 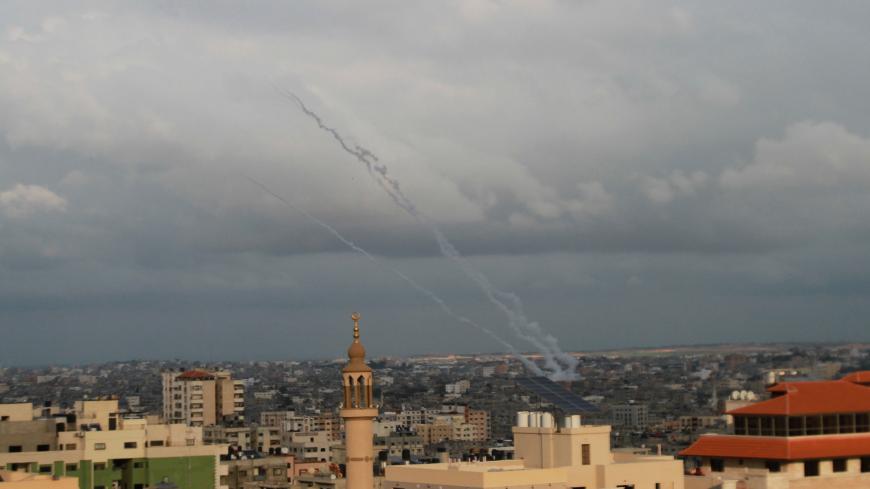 The Israeli army announced March 27 that it had struck Hamas targets in the Gaza Strip in response to a rocket launched toward a settlement in the Gaza envelope on the same day. No injuries were reported. Thousands of Israelis rushed to shelters; this was the first escalation since the coronavirus outbreak in February. Palestinians and Israelis have been staying home as part of efforts to contain the spread of the virus.

No Palestinian faction declared responsibility for the rockets, but Israel shelled Hamas positions because Gaza is under Hamas’ control. Islamic Jihad spokesman Musab al-Breem said in a statement March 28 that Israel is exploiting the world’s preoccupation with fighting the coronavirus to tighten the blockade on Gaza.

Meanwhile, the general atmosphere in Gaza points to a health and livelihood crisis, especially with 12 coronavirus cases reported as of April 2. Could this push Hamas to consider sparking a conflict as a means to deflect attention from the crisis? Yedioth Ahronoth newspaper warned March 29 of a dark, apocalyptic scenario if the Gaza factions clash with Israel amid the coronavirus outbreak. (As of April 2, Israel had 6,857 coronavirus cases, an increase of 765 over the previous day, and the Palestinians 160, an increase of 26.)

Hamas spokesman Hazem Qassem told Al-Monitor, “The Gaza Strip is experiencing disastrous conditions due to the Israeli blockade, and Israel alone bears the responsibility for this ongoing situation. Hamas is communicating with mediators to force Israel to break the Gaza blockade, in light of the coronavirus pandemic, which has added fuel to the fire. The ongoing Gaza blockade does not contribute to a calm security situation.”

Mohammed Awad, head of the Hamas-run Governmental Follow-up Committee in the Gaza Strip, announced at a March 31 press conference that government institutions in Gaza need local and foreign support to deal with the pandemic. He declared the allocation of urgent relief worth $1 million to 10,000 low-income families affected by the measures to confront the coronavirus, and the employment of 300 new staff at the Gaza Ministry of Health.

On March 28, Hamas leader Ismail Haniyeh discussed the ripple effects of the coronavirus outbreak on the Palestinian territories during a video conference with Nickolay Mladenov, the UN special coordinator for the Middle East.

Muhammed Abu Jayab, editor-in-chief of Al-Eqtesadia newspaper in Gaza, told Al-Monitor, “Hamas and Israel have no interest in a military escalation amid the coronavirus crisis. However, the rocket launched may come from security loopholes involving gunmen Hamas is trying to control. Israel fears the spread of the virus in Gaza because of its concerns that the international community might hold Israel responsible. Therefore, Israel might allow Gaza some assistance, such as the entry of treatment equipment and medical supplies. It might also mobilize financial support in light of the economic paralysis in the Gaza Strip after the outbreak of the pandemic.”

Abdel Nasser Sobh, the director of the World Health Organization office in the Gaza Strip, told Al-Ain website March 31 that the health sector in Gaza has the capacity to deal with only 100 to 150 cases of coronavirus infection, and to examine 1,000 cases, because its health system is weak and cannot respond to large numbers. It has a modest availability of respirators and intensive care beds, in addition to a 39% deficit in medication, Sobh added.

Hussam al-Dajni, a professor of political science at Al-Ummah University in Gaza, told Al-Monitor, “The recent escalation in Gaza may not be linked to a specific Palestinian organization, but at the same time it may send a message that Israel bears the responsibility for exhausting the health situation in Gaza, which will be exposed to a major catastrophe if the virus spreads. Whoever fired the rocket seems to be asking Israel to lift the siege on Gaza. Israel has to respond to Gaza's health and living needs. If the pandemic spreads among Palestinians, they will break and fire hundreds of rockets. They might even flock to the borders with Israel to save themselves from the virus.”

Meanwhile, Hamas authorities in Gaza imposed a series of measures to stem the spread of the coronavirus, such as closing all mosques, schools, universities, popular markets, restaurants and event halls across the Strip until further notice. Travelers returning to Gaza through the crossings with Israel and Egypt are to self-quarantine for 14 days. Meanwhile, authorities are also considering a partial curfew, and if necessary could go as far as to impose a total curfew.

These measures, including isolation at home, have devastated groups such as cab drivers, owners of wedding halls, restaurants and cafes. The Qatari grant of $100 per month distributed to 100,000 poor families — which is part of the humanitarian understandings reached between Hamas and Israel in October 2018 — may somewhat alleviate the burden of the Israeli blockade on Gaza and make its deteriorating economic situation less bleak.

On March 23, Qatar announced $150 million in aid to the Gaza Strip over a period of six months as part of efforts to alleviate the Palestinians' suffering and to help them deal with the coronavirus ciris. But it remains unclear how and which parties will benefit from this package.

Meanwhile, the Ministry of Social Development in Gaza has distributed some 6,000 meals to quarantined people in medical centers. The ministry also conducted a census on the families most affected by the situation in order to offer them aid.

Iyad al-Qara, a former editor-in-chief of Gaza's Felesteen newspaper, which is close to Hamas, told Al-Monitor, “The health and economic conditions in Gaza are very difficult, and the needs of the Palestinians are hardly met. The international agencies and the Palestinian Authority [PA] are only providing a small part. Government institutions in Gaza provide food and beverages to 1,600 Palestinians in quarantine centers, although they are facing a large financial shortage, and they need cash to cover their expenses to cope with the pandemic.”

He added, “The rocket launch may be a Palestinian message to Israel that the conditions in Gaza are far from perfect, and Israeli non-response to Gaza's humanitarian and health demands could bring about an increase in rockets in the coming period. However, a wide-scale confrontation between Hamas and Israel is unlikely — just an escalation round for several days — if the pandemic spreads frighteningly in Gaza.”

Al-Monitor learned from Palestinian circles that Hamas sent through regional and international mediators messages to Israel that “Hamas blames Israel directly for the deteriorating living and health situation in Gaza, and it will not stand idle facing a coronavirus outbreak. Hamas believes Israel is obligated to save the dilapidated health system in Gaza, through direct aid, or through the PA or international agencies.”

Hamas has not claimed responsibility for launching the rocket at Israel, and engaging in a wide military confrontation might not be in Hamas' interest. However, the situation might spiral out of control, with the ongoing deterioration in the Gaza Strip and an increase in coronavirus cases. Meanwhile, there is insufficient medical equipment to test patients, and financial support for people whose jobs and livelihoods were hit hard by the massive closures across the Gaza Strip is missing. Amid this situation, Hamas might engage in a round of escalation with Israel to pressure it into providing missing supplies in Gaza. Still, Hamas realizes that its options are limited and it faces a massive public health crisis in fighting the coronavirus that is spreading like wildfire among Israelis and Palestinians alike.