How the pandemic, plummeting oil prices could reshape Middle East 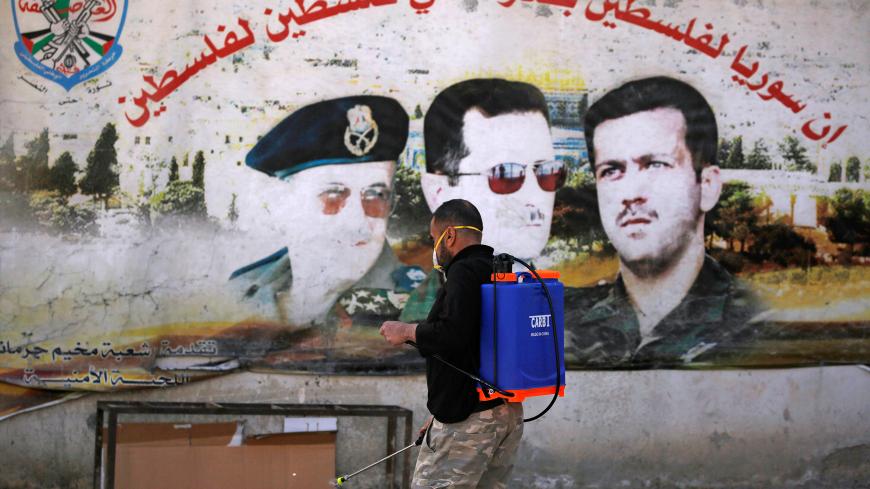 The COVID-19 virus will hit hardest those states in fragile or conflict situations — Libya, Syria, Yemen, Iraq, Lebanon, the West Bank and Gaza — which, even prior to the pandemic, faced the risk of becoming chronically failing or even failed states.

A World Bank report released in February noted that people living in proximity to conflict has doubled since 2007, and estimates that by 2030 nearly two-thirds of the world’s extreme poor will be living in fragile and conflict situations (FCS).

The kicker is that this report of a potentially chronic, endemic fragility and poverty came out before the COVID-19 crisis.

A policy brief this week by the UN Economic and Social Commission for Western Asia (ESCWA) on the impact of COVID-19 amplifies the message of a grim future absent massive intervention and assistance. As a result of the pandemic, ECSWA expects increased food insecurity, a jump in the number of poor in the region by 8.3 million, and a rise in the number of malnourished by 2 million.

The prospect of state collapse and endemic conflict in the Middle East and sub-Saharan Africa during a global economic recession necessitates even bolder action — not just to deal with the acute calamities of the COVID-19 outbreak, but to think ahead for the post-pandemic phase.

Tedros Adhanom, director general of World Health Organization (WHO), said April 1 that “debt relief is essential to enable them to take care of their people and avoid economic collapse.” The World Bank, for its part, will provide up to $160 billion over the next 15 months to protect vulnerable populations, rebuild businesses and support economic recovery efforts.

These are urgent and welcome initiatives. The burden will be substantial on international organizations and regional states to shoulder these efforts, given the impact of COVID-19 on US and European economies.

The most urgent step to avoid chronic instability, endemic poverty and failed states is to end or at least pause the high intensity conflicts in Syria, Libya and Yemen. And maybe the tragedy of COVID-19 can provide a needed assist to UN-led diplomacy.

Easier said than done, of course, but first thing's first. There can be no sustained development, stability, economic recovery, rebuilding of health or any other agencies or infrastructure, and return of refugees while conflicts continue. Perennial refugee camps already are centers of chronic misery and potential extremism. Conflict and ungoverned regions in fragile states are breeding grounds for terrorists, as we see in Libya, Syria and Yemen. And it’s not a small region: Their combined population is over 50 million.

In Syria, UN envoy Geir Pedersen has called for an immediate cease-fire and intensified dialogue to address the COVID-19 crisis. Russian President Vladimir Putin is looking to exploit the crisis to channel assistance through Syrian President Bashar al-Assad, which the United States will likely resist, as Daniel Hoffman writes here.

Nonetheless, the pandemic might also be incentive for Turkey and Syria to stand down in their recent escalation in Idlib, where a Russia-backed Syrian offensive has allowed the Syrian military to retake a key highway and towns in the province. Putin may have an interest in calming the situation, as Maxim Suchkov reports. Turkish President Recep Tayyip Erdogan, as we wrote here, has no good options in Syria; dealing with Turkey’s spike in coronavirus cases may spur him to focus on matters at home and consider a deal in Syria.

And in Libya, where Russia and Turkey also see themselves on opposite sides of the war, the prospects for resolution seem just as distant. Libya just this week recorded its fist death from COVID-19, out of 10 reported cases, numbers that are likely to spike.

In Yemen, UN envoy Martin Griffiths has also intensified his efforts to reach a cease-fire.

Saudi Arabia has been conducting back-channel negotiations with the Houthi militias, which are backed by Iran, and here, too, the COVID-19 outbreak may be catalyst for a pause diplomacy, as Riyadh is also dealing with an outbreak, as Amberin Zaman reports.

There is also the fault line in the Persian Gulf between Iran and Saudi Arabia, which is central to the Yemen war.

Here, too, the coronavirus can be catalyst for regional diplomacy that may pay off over the longer term. Saudi Arabia, like Iran and the rest of the region, will need some quiet post-pandemic to focus on economic stabilization, growth and reform. Conflict makes that all even harder to do.

Into this space has stepped the United Arab Emirates, a close ally of both Saudi Arabia and the United States. We have written here and here about the groundbreaking initiatives of the UAE to assist Iran with the COVID-19 crisis. This is a great start, and for all the right reasons. The UAE has been a key partner with both the United States and the WHO to provide humanitarian assistance and medical supplies to those countries in need.

It’s not just the FCS in the region that face long-term consequences from the pandemic.

The International Monetary Fund, prior to the pandemic, had projected the strain on Gulf economies of peak oil over the next two decades, unless they diversify their economies, as Saudi Arabia and the UAE are presently doing. Those far-sighted reform efforts, Vision 2030 in the kingdom and Vision 2021 and related programs in the Emirates, take on an even greater urgency in the wake of the pandemic. The region is in dire need of new approaches to economic governance and integration. And both countries will inevitably be called upon to support regional reform and reconstruction in the FCS states.

Karen Young explains here the impact of COVID-19 on Gulf Cooperation Council labor markets, and Peter Shaw-Smith outlines how the pandemic may reduce demand for oil.

Meanwhile, US President Donald Trump is pressing for an end to the downward spiral in oil prices, working the phones with Putin and Saudi Crown Prince Mohammed bin Salman to spark a deal. Ruslan Mamedov has the Russian take on the price war here.

If there is a new OPEC agreement in the coming weeks, as is now being discussed, at least some of the credit will go to Trump. His administration continues to view Saudi Arabia as its go-to partner on global energy security, as Elizabeth Hagedorn reports, despite congressional outcry over the impact of the Saudi-Russia oil price war on the US domestic energy industry, as Bryant Harris writes here. US shale producers have been hammered by the lower energy prices.

The coming months will give no reprieve from COVID-19 and its impact, and the need for US partnerships with Saudi Arabia, the UAE and others will only deepen. In the meantime, there can be opportunity in crisis, and UN and regional efforts, backed by the United States, may stand the best chance of giving countries in fragile and conflict situations their best chance to avoid collapse, and all the tragedy that goes with it.