At least three Iranian provinces are experiencing a resurgence of the coronavirus after the government partially relaxed lockdown measures. 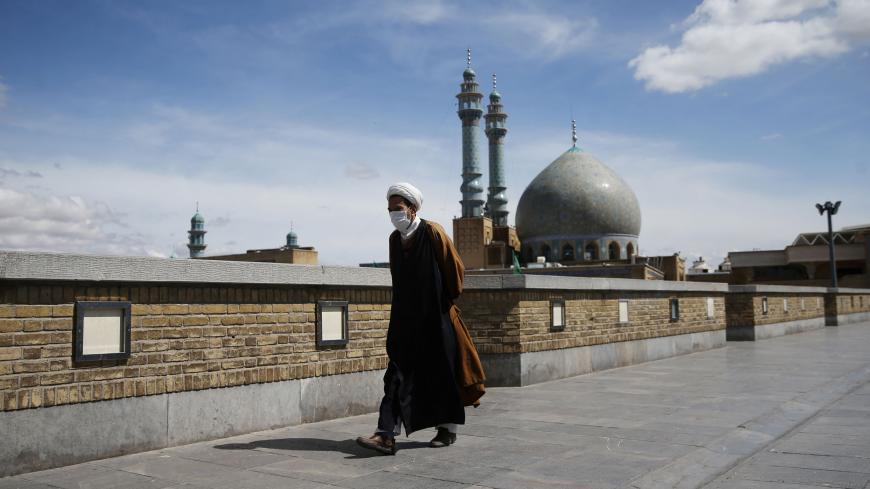 A cleric wearing a protective face mask following the outbreak of the coronavirus walks on the street in Qom, Iran, March 24, 2020. - WANA (West Asia News Agency) via REUTERS

"We are playing a chess game with the coronavirus,” said Iranian Health Minister Saeed Namaki, speaking on the complications Iran is facing in its ongoing fight against the virus. According to an updated government report, at least three of the 31 Iranian provinces — among them Qom, which served as the initial epicenter — are currently grappling with a resurgence of the pandemic.

Despite relentless caution from medical workers closely battling the virus in Iranians hospitals, the government of President Hassan Rouhani is pressing ahead with a plan to reopen specified sectors of the economy, which are deemed to be of less vulnerability in the face of the disease. The project has seen public transport, albeit with strict protocols, resume normal activity. Pictures of overcrowded buses and metro wagons prompted the head of a government committee tasked with fighting the virus in the capital city of Tehran to warn that it will only be a matter of days before the megacity is rocked by an exponential infection growth.

However, as of April 14, Iran recorded 98 deaths, posting a slight drop in the mortality rate and raising hopes that it could be on the right track to flattening the curve, which has been on a sharp rise since the onset of the outbreak in late February.

On the medical front, among multiple treatment procedures tried, Iranian specialists are speaking of the success of blood plasma therapy, which they say has improved the recovery rate at intensive care units by 40%. Still, in a clear shift from their previous assertions that “the virus will be defeated soon,” health officials are increasingly advising the public to “get used” to living with the virus, citing a global inability to predict an endgame to the pandemic.

With the economic repercussions beyond calculation, President Rouhani revised his government’s financial assistance to some 4 million Iranian households. He told a Cabinet meeting April 14 that the loans — which will begin to flow within 10 days — will be interest-free. The promised amount, ranging between 60 to 120 US dollars, depending on family size, had sparked furious criticism for being extremely small and initially planning to charge the recipients with a 12% interest rate.

Continuing a yearslong rivalry with the moderate government, the hard-line, wealthy Islamic Revolutionary Guard Corps also revealed plans on a separate relief project covering 3.5 million Iranian families. The aid package, according to the commanders, will be delivered in the form of basic supplies, but there is no estimate as of yet on the total budget allocated to the project.

In defense of the controversial plans to reopen the economy, the government spokesman Ali Rabiei has offered assurances that a balance between public health and a working economy has been taken well into consideration. Nevertheless, the impacts of a coronavirus-induced downturn are already being felt across much of the economic spectrum.

From filmmakers to street vendors to laid-off bus drivers to shop owners, calls are growing louder for a prompt economic stimulus from an already cash-strapped government afflicted by rampant corruption. “I wish we were not under sanctions and were able to sell more oil so that we could help our people make it easier to the other side,” Rabiee said at his Monday briefing in Tehran.