Amid the spread of the coronavirus in Algeria, the country’s yearlong popular protest movement had to transform its tactics and launched online campaigns to raise awareness about the novel virus. 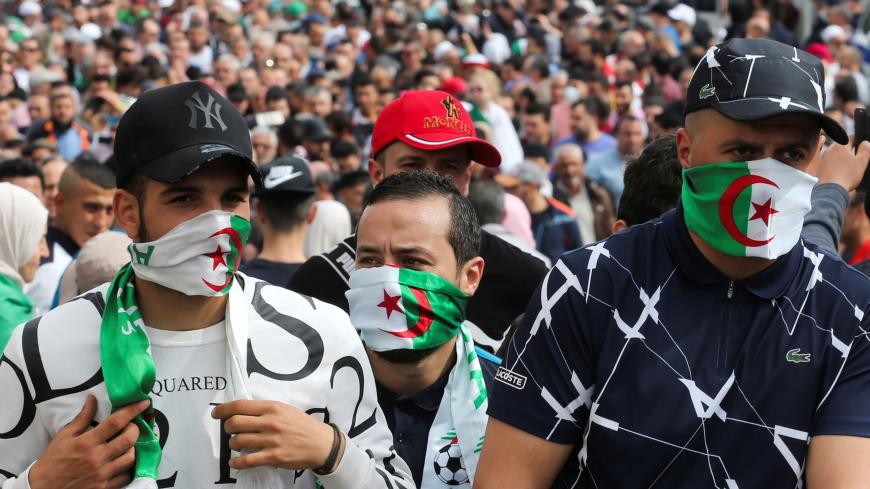 As the coronavirus began to spread in Algeria, activists from the popular movement, known as Hirak, debated whether to keep marching or whether to pivot the Hirak campaign to focus on the issue of the pandemic, the protection of the Algerian people and online campaigning. But the Hirak movement now finds itself fighting a media war with the state.

With 1,320 diagnosed cases and 152 deaths as of April 5, it seems that Algeria is in the acceleration phase of the outbreak, but the government has only been rolling out confinement region by region.

For activists in the Hirak movement — the popular movement that has mobilized people to march for change in the Algerian political system since February 2019 and pushed long-term President Abdelaziz Bouteflika to step down on April 3, 2019 — COVID-19 has presented a serious dilemma: to continue or stop marching. It raised concerns that the movement could die with the rise of the viral pandemic.

Sarah Elam, a 25-year-old graduate student in the city of Constantine in northeastern Algeria and Hirak activist, told Al-Monitor, “Since the coronavirus arrived in Algeria we heard that the marches could be in danger. Many activists hesitated at the beginning because they had made so much ground and there were so many of us — so it was hard to give up marching.”

One protester in Algiers told Al-Monitor on condition of anonymity that he found himself embroiled in bitter and angry online exchanges with fellow activists who want to continue marching despite the risks posed by COVID-19.

Yassa Ameur, an artist who has marched with the Hirak since the start, told Al-Monitor that the marches had stopped on March 17 in Mostaganem, to the west of the northwestern city of Oran. “The students decided to stop at the last minute, but the older activitsts decided to continue marching on Friday [March 20] and also Saturday [March 21].”

Since their start in February of last year, students marched every Tuesday, and everyone marched on Fridays every week and often Saturdays, Ameur said.

She noted, “[The arrival of COVID-19] in our country didn't seem real. Our media is not good at raising awareness [or] spreading public information, so we shared information about [the virus] and reached out to people online.”

Ameur said that once activists began to understand the seriousness of the situation, there was a shift in focus from fighting the political system to fighting the spread of the disease.

Elam noted that at first the media did not pay much attention to the pandemic. “The public wasn’t really aware of what was happening at first; people thought it was a joke and were not taking it seriously,” she added.

March 17 was the last day that the students of the protest movement in Constantine met on the streets, this time not to march but to raise awareness about the virus. Elam said, “[That day] we wore protection and gathered in downtown [Constantine] to give out bottles of bleach and information. We [also] cleaned and disinfected public places like buses and bus stations. We tried to educate people to wash their hands and tell them to wear gloves and masks.”

Since March 20, the Hirak movement has gone digital with activists running campaigns online and on social media. Elam said that instead of carrying signs at a march, activists take selfies holding cards with messages to spread awareness about the need to cooperate with the confinement. “My card said, ‘Because we love Algeria, we decided not to go out’; others said, ‘Stay at home to protect Algeria,’” she added.

Souha Boumezba, a journalist and member of the protest movement from Constantine, said that encouraging people to stay home goes against local habits. She told Al-Monitor, “Algerians don’t like to stay at home; for men it is not in their culture to stay at home.”

She said homes are overcrowded and domestic life can be stressful. “We are five people — me, my parents, brother and sister, but other families are more numerous but still obliged to stay home,” she noted.

Also fighting the information war is Wersh Derna, an Algerian expression that means, “What are we gonna do/what have we done?” Wersh Derna consists of an independent online media platform founded in 2017 by young pharmacist Riadh Touat. Originally, Wersh Derna’s goal was to challenge stereotypes about Algeria’s youth by showcasing talented artists, entrepreneurs and civil society. But since Feb. 22, 2019, Touat has focused on documenting and streaming programs about the Hirak movement. Since the onset of the coronavirus outbreak, Wersh Derna has been creating information videos about the virus and citizen-generated initiatives.

Touat told Al-Monitor, “We set up two campaigns. The first in collaboration with artists and journalists about the suspension of protests and to tell people to ‘stay at home.’ The second campaign was with young doctors to promote a phone-based medical consultation service to reduce hospital visits and exposure to the virus.”

The government’s attempts at promoting “good news” — such as President Abdelmadjid Tebboune’s April 1 statement that Algeria’s health service has “enough capacity to fight COVID-19,” China’s offer to build a hospital for some 9,000 COVID-19 victims in Algeria or even the opening of a new resuscitation center in Blida (the epicenter of the Algerian outbreak) — has done little to assuage activists’ fears about the state’s ability to cope with the enormity of the crisis.

Touat said, “Frankly I think the government is doing its best to manage the crisis, but I do not know if the system has all the skills or the right vision. In their communication, the government message is literally, ‘Keep calm, everything is under control.’”

Boumezba said, “Doctors don’t have masks or gloves. There is no protection and there is a lack of ventilators. [On March 16] there was a strike by medical staff at Boufarik Hospital in Blida.” Boumezba, who shared photographs from the strike on her Facebook page, added, “They were striking about the terrible working conditions, but police [dispersed] the protesters.”

Despite the apparent positivity, fear of the state runs deep, as many activists declined to talk to Al-Monitor for fear of their safety. Boumezba said that on March 26, “Student activists were summoned by police to be interrogated about their activities before the outbreak. These stories do not get reported in the press, they just circulate on social media.”

Omar Chabbi, editor of Atlas Times, an independent online daily based in Constantine, told Al-Monitor that there is now a media war being waged between the state and the Hirak. He said, “The main danger for the public movement is that the coronavirus pandemic is used by the authorities to put an end to the Hirak.”

Campaigns to discredit the Hirak continue in the Algerian press. Chabbi said that one of the weaknesses in the Hirak movement has been trying to convince the general public of its goals and an absence of leadership. He added, “This lack of leadership often used to say that the Hirak is driven by foreign agents to destabilize Algerian institutions.”

However, Elam sees the coronavirus outbreak as an opportunity for the Hirak movement. “This crisis has unveiled the problems in the system and particularly the problems in health care, so the crisis is benefiting the movement.” 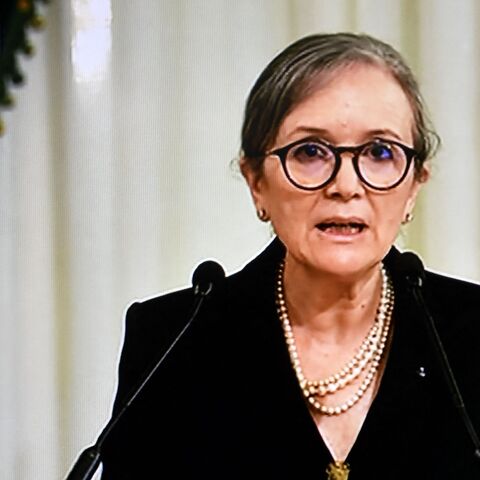 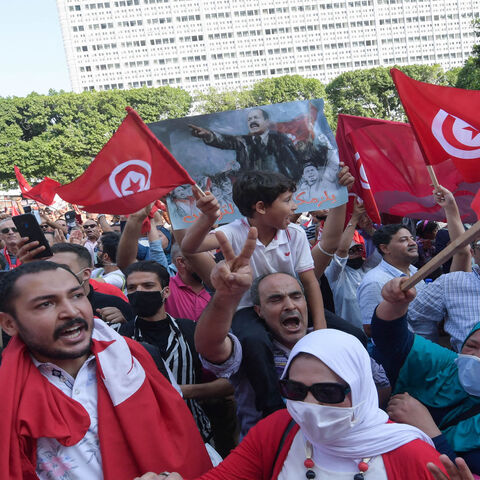 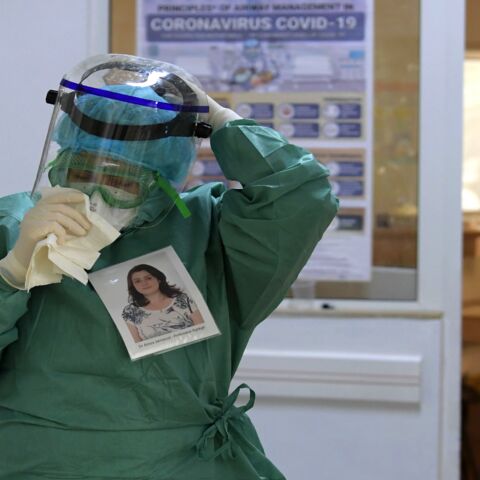