It remains unclear how the coronavirus outbreak will affect the economies and social fabric of North African countries. 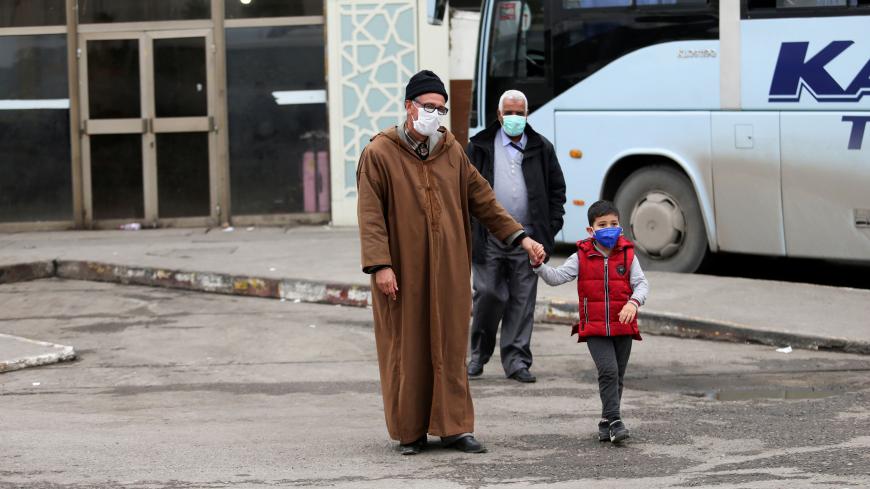 The coronavirus pandemic is dominating headlines around the world. Europe has overtaken China as the epicenter of the disease, with first-tier powers such as Italy, the United Kingdom and France already straining under the impact of the virus.

The countries of North Africa, Egypt, Morocco, Tunisia, Algeria, Libya and Sudan are bracing themselves. At the time of writing, confirmed cases within the region are relatively low, with Libya claiming no infections at all.

Nevertheless, likely aware of the fragility of their health care systems, countries across North Africa are increasingly isolating themselves from Europe. Restrictions on entry are growing and flights are diminishing. North Africa is effectively preparing to self-quarantine.

“The limited number of flights from the rest of the world to Africa has likely slowed the rate of infection,” said Tolbert Nyenswah, a senior research associate at Johns Hopkins University and a specialist in the containment of communicable diseases. “There is also some evidence from China — though it’s important to stress that it hasn’t been peer reviewed so is not conclusive — that the warmer temperatures may also be slowing the spread of the virus.”

Across the continent, the lessons of the 2014 Ebola outbreak — which Nyenswah was instrumental in helping push back — appear to have been heeded with prayer gatherings, key transmission points in the Ebola outbreak, being cancelled or suspended in many North African states.

Furthermore, while agencies such as the Africa Centres for Disease Control and Prevention have become active in introducing preventative measures, fundamental weaknesses remain. “Health systems are generally quite weak,” Nyenswah said. “There is a general lack of medical supplies and the personal protective equipment used to isolate health workers is also in short supply.”

North Africa’s health sector remains a critical area of vulnerability. “Public and private health care systems are present in all North African countries,” Theo Wye, MENA analyst at the London-based risk consultancy S-RM, told Al-Monitor in emailed comments. “Ease of access and treatment options firmly favour the latter. Furthermore, the effectiveness of treatment and diagnosis of COVID-19 will likely differ between rural and urban areas, making the true spread of the virus very difficult to assess.”

Those differences between town and country as well as ingrained poverty levels across North Africa are also likely to shape the spread of the virus. In Europe, while self-isolation measures have caused disruptions, imposing the same restrictions upon many low-paid workers within North Africa could prove almost impossible. “Freelancers I know in Berlin who’ve been hit by this are already looking for government support,” Edna Bonhomme, postdoctoral fellow at the Max Planck Institute for the History of Science, told Al-Monitor. "In Egypt and Tunisia, for instance, I don’t really know how low-paid workers [such as taxi drivers, waiters and agricultural workers] will cope without help. For many, it just isn’t really an option,” she said.

With infected individuals unable to self-isolate, North Africa risks duplicating the experience of China, with initial infections spreading primarily through family networks. The first hints came from in Algeria, with 16 members of the same family from Blida province all falling ill after they hosted a French visitor and his daughter in February.

“So many people are living paycheck to paycheck," Bonhomme continued. “Without government support or even help with child care, I don’t know how they’ll manage.”

How much support governments will be able to provide for their citizens in the face of the pandemic is unclear. Tunisia and Morocco have already seen their tourism sectors, key employment areas, battered by travel bans. It's impossible to predict how long those restrictions will continue. In North Africa, as in the rest of the world, the economic outlook is grim.

“At present the situation around the COVID-19 is evolving and it is difficult to reliably judge what the exact impact will be on specific economies,” wrote Cvete Koneska, head of analysis at S-RM. “What we can confidently say is that the global economy will be adversely affected, and North African economies are unlikely to be immune to a global downturn.”

She went on, “How badly affected specific North African economies will be will depend on their resilience and capacity to withstand disruptions to global supply chains, travel and trade restrictions, and labour shortages.”

Ironically given their dependence upon tourism, it may be that the more diverse economies of Tunisia and Morocco that are best positioned to weather the storm, Koneska explained. “However, there is limited precedent for gauging the impact of global pandemics on national economies, so we might see a different economic recovery pattern emerge to previous external shocks,” she concluded.

Across North Africa, public concern is growing with calls for stronger responses from governments growing in urgency. In Tunisia, one of the region's only democracies, civil society groups and politicians have petitioned the president to impose a curfew and deploy the army — measures, ironically, that more authoritarian governments would be better positioned to carry out.

“Authoritarianism can actually be beneficial for managing a society’s health and well-being in the short term,” Bonhomme explained. “Governments such as that in Cairo have the capacity to impose draconian measures and restrict freedoms. However, we need to look at this holistically. If we’re to really protect against disease, we need better housing, health care and living conditions.”

No one knows how the coronavirus may spread in North Africa. The disease is too new and its emergence too recent to make any confident predictions. All we can really say with any certainty is that it is here.