Does Turkey have the will to take on jihadis in Idlib?

Turkey and Russia will continue to be at odds in Syria's Idlib due to radical groups like Hayat Tahrir al-Sham. 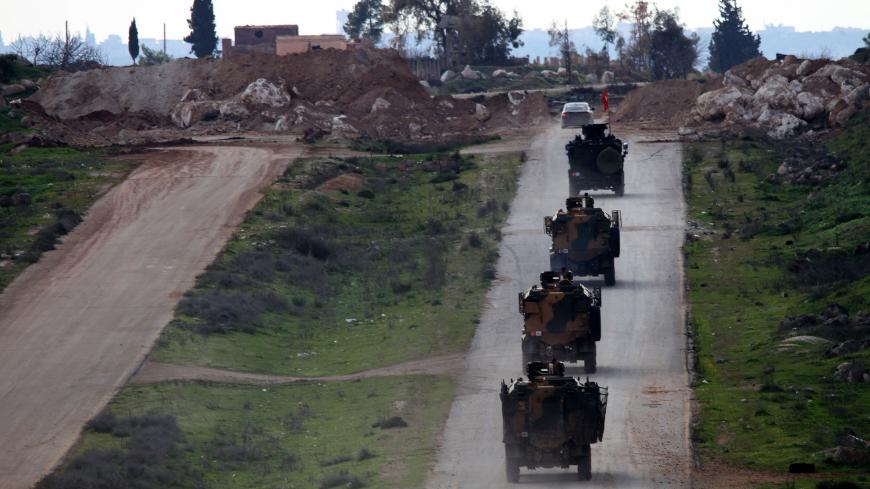 The coronavirus pandemic is dominating the news in Turkey today, steering public attention away from Idlib, Syria, where Ankara is increasingly caught between a rock and a hard place.

The situation in the northwestern Syrian province continues to be volatile, despite the fragile cease-fire reached between Recep Tayyip Erdogan and Vladimir Putin in Moscow on March 5.

The jihadi groups that Ankara has maintained some degree of contact with in the region remain Turkey’s Achilles’ heel in its dealings with Russia over Idlib.

These groups also pose an obstacle to Ankara as it tries to achieve its immediate goals in the province. Turkey’s principal aim is to establish safe zones there to house the millions of Syrian refugees it hosts.

The refugee issue has become a heavy burden for the country, which now faces additional problems and financial uncertainties due to the COVID-19 crisis.

Russia’s position has not changed. It insists that jihadi groups in Idlib have to be eliminated before military operations can be finally terminated.

The main group in Russia’s crosshairs is Hayat Tahrir al Sham (HTS), which Moscow continues to refer to by its original name, Jabhat al-Nusra. The Moscow Summit on March 5 once again tasked Ankara with removing HTS and related groups from Idlib.

Ankara was similarly tasked under the former Astana process, which was co-sponsored by Turkey, Russia and Iran in 2017, but failed, according to Moscow, to fulfill its obligation.

The ultimate result of this failure was the recent face-off between Russia and Turkey in Idlib and the deadly clashes between the Turkish army and forces attached to the Syrian regime.

Having failed to take on HTS and similar groups in any significant manner to date, the question remains as to whether Ankara has the will to carry out this task today.

Al-Monitor’s Fehim Tastekin underlined Ankara’s reluctance “to treat the jihadi factions it has backed, and allowed to use its borders, as terrorist groups.”

Turkey’s connections with HTS go back to the early years of the Syrian conflict. In January 2013, Hurriyet Daily News reported on Ankara’s displeasure that Washington had listed Jabhat al-Nusra as a terrorist organization.

“Turkish officials … said it was more important to focus on the ‘chaos’ that al-Assad has created instead of groups such as al-Nusra,” the paper wrote at the time.

The question of jihadi fighters in Idlib has taken on an added significance now following last week’s killing of two Turkish soldiers in the region by “radical groups,” as stated by Turkey’s Ministry of Defense.

While no one owned up to the rocket attack that killed the soldiers, it is taken as a given in Turkey that it was carried out by HTS or a splinter group.

HTS has refused to comply with the cease-fire reached at the Moscow summit. Russia says HTS was also the organizer of the recent protests that obstructed the joint Turkish-Russian patrol on the strategic M4 highway.

In its statement on last week’s attack against Turkish forces, the Ministry of Defense added that retaliation came swiftly and the perpetrators were neutralized immediately.

Many are wondering now if this is the harbinger of the next stage of the crisis in Idlib where Turkish forces and jihadis fight it out.

In February, Erdogan put “bashi-bozouks” (irregular elements among opposition fighters in Syria) on notice. He said these elements would not be tolerated by Turkey “if their actions gave the regime an excuse to mount attacks.”

The Moscow summit may have ended the clashes in Idlib for the time being. Nevertheless, most analysts believe the highly fragile cease-fire will collapse due to attacks by HTS and retaliation from Russia-backed regime forces.

Accusations are already being leveled by both sides regarding sporadic violations of the cease-fire, while the Syrian Observatory for Human Rights reported on exchanges of fire between opposition and regime forces in various parts of Idlib province in recent days.

Moscow remains adamant about the need to eliminate HTS from Idlib. In all its agreements with Ankara since the first Astana summit in January 2017, it has spelled out that HTS and similar groups would be outside any cease-fire agreement and remain legitimate targets.

With this determination on the Russian side, it is unclear how Ankara plans to approach the matter. What is certain is that it is in a situation, where it is damned if it acts and damned if it doesn’t.

Should Ankara decide to take on HTS — which controls a large swath of northwestern Syria — it is likely to pay a high price in civilian and military casualties. It will, after all, be engaging a hardened jihadi group that uses nonconventional and asymmetrical terror tactics to achieve its goals.

In an interview with daily Cumhuriyet, Baburoglu argued that such an operation would not only result in a new flood of refugees swarming the Turkish border, but also enable undesired elements to move into Turkey.

“Nevertheless, pinpoint operations can be mounted, together with opposition elements, against radical groups,” Baburoglu said.

This, however, suggests retaliations against specific attacks — such as the one last week — and would not represent a general approach to the matter. Moscow is unlikely to be appeased with this approach.

How Turkish-supported opposition groups are expected to take on HTS, at Turkey’s bidding, having cooperated with this group and its offshoots against the regime for months, is also unclear.

Columnist Sedat Ergin pointed to Turkey’s other dilemma in Idlib.

“If the aims of the Moscow agreement of March 5 are not realized due to obstructions by HTS and other radical groups, then Russia may repeat the tactic it employed in the past,” Ergin wrote in daily Hurriyet.

“It will wait a while then say, ‘It’s not possible to live with these terrorist groups,’ and start an all-out military operation with the regime that triggers a new wave of refugees,” Ergin argued.

The pro-government media in Turkey are indicating that remarks by Washington’s Syria envoy James Jeffrey may point to a softening of the US position regarding HTS.

Jeffrey said Feb. 5 that "we have not seen [HTS] planning or carrying out international terrorism attacks. We’ve seen them focusing on basically maintaining their position in Idlib.”

Some interpret these remarks as a sign that the United States could remove HTS from its list of international terrorist organizations. If that were to happen, it would help Turkey in Idlib.

Given Russia’s firm position on this group, though, such expectations appear to be wishful thinking.

In the meantime, Ankara continues to send heavy equipment and reinforcements to Idlib after the Moscow summit. This suggests that it is factoring in and preparing for the possibility of a resumption of military activity.

Turkey’s headaches in Idlib are far from over.