Ankara is looking to Moscow to prevent an attack on Idlib by the Russian-supported Syrian army. 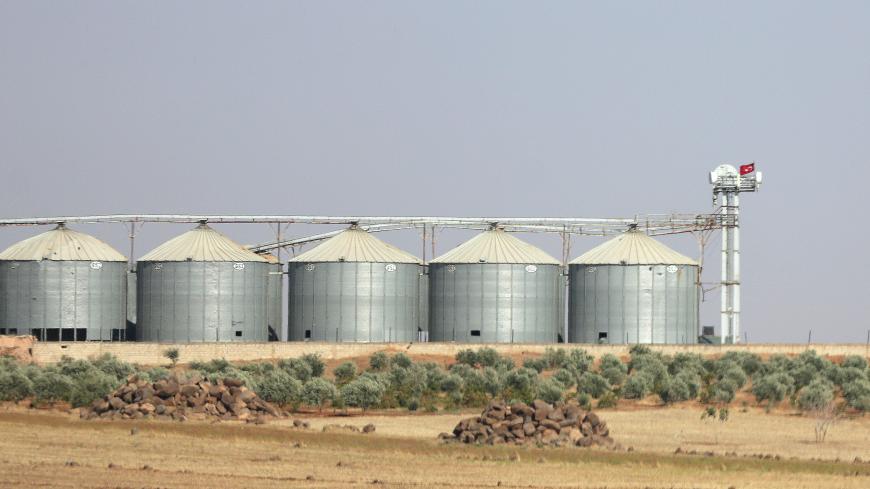 Syria’s Idlib region is rapidly turning into what could be the final and bloodiest flashpoint in the Syrian conflict. Millions of predominantly Sunni civilians, and tens of thousands of Syrian opposition forces and jihadis, have sought refuge in the region, which has taken on the appearance of being a de facto Turkish protectorate, although not a very secure and stable one.

Meanwhile, President Bashar al-Assad appears determined to recapture the region and is reportedly continuing with military preparations to launch his attack.

Turkey has 12 military outposts in Idlib governorate under an agreement with Russia and Iran arrived at last year on setting up “de-escalation zones” in the region. Turkish forces are holding positions between Syrian opposition forces and the Syrian army.

Preparations for battle by the warring sides, nevertheless, continue, forcing Ankara into a bout of intense diplomacy with Moscow over the past two weeks in order to prevent an operation by the Russian-backed Syrian army.

Ankara and Moscow seem determined to avoid harming their growing ties over this issue, but an agreement over Idlib has eluded them so far. This was evident during Russian Foreign Minister Sergey Lavrov’s visit to Ankara Aug. 14.

During the press conference with his Turkish counterpart Mevlut Cavusoglu, Lavrov said the accord on de-escalation zones in Idlib did not cover jihadi groups like Jabhat al-Nusra, which remain legitimate targets.

Russia uses this designation to denote the main groups it is targeting in Idlib, even though Jabhat al-Nusra has splintered, with the strongest faction currently operating under the name Hayat Tahrir al-Sham (HTS).

“There are tens of thousands of radical terrorists in Idlib assailing the Syrian army and launching drone strikes against Russian fighter jets in the nearby Khmeimim air base,” Lavrov said. “The Syrian regime has a right to respond to these actions … and [Russia] has the right to help the Syrian army in fighting terrorism.”

Cavusoglu, in turn, conceded that jihadis had entered Idlib, but was nevertheless terse in his response to Lavrov.

“Bombing the whole of Idlib, bombing hospitals, schools and civilians because there are terrorists there, would be a massacre and create a serious crisis. In other words it would be a disaster,” he said.

Both ministers, nevertheless, reiterated their countries’ determination to continue working closely to solve the problem. This cooperation has bought time for Ankara by preventing an operation against Idlib so far. Preparations by the Syrian army and statements out of Moscow, however, indicate that time may be running out.

Turkey’s sense of urgency over Idlib was evident in the sudden visit made by Defense Minister Hulusi Akar and intelligence chief Hakan Fidan to Moscow on Aug. 17, a few days after Lavrov visited Ankara.

Cavusoglu for his part was in Moscow on Aug. 24, where he was joined by Akar and Fidan, who had arrived in the Russian capital earlier for a second round of talks with their Russian counterparts on Idlib.

During his press conference in Moscow, Cavusoglu referred for the first time to Russia as “Turkey’s strategic partner,” which many took as a subtle message to Moscow that Ankara expected to be treated in Idlib in a manner befitting such a partnership.

Putin, who received Cavusoglu in Moscow, also underlined the importance of the deepening ties with Turkey.

Despite these diplomatic niceties it remains unclear what, if any, arrangements are being hammered out for Idlib. All the indications are that Moscow expects Turkey to take on groups such as HTS if it wants to prevent an operation in the region.

Citing unnamed Russian Foreign Ministry sources, daily Hurriyet reported that Moscow will provide Ankara with coordinates on the location of HTS and al-Qaeda-linked groups in Idlib.

“Russia believes that after providing these coordinates, the Turkish military and Turkish-supported moderate opposition forces have to neutralize the radical groups,” Hurriyet wrote.

Ankara has given no indication, though, that it is prepared to move in that direction, clearly wanting to avoid getting embroiled in a war with jihadi groups.

According to Hurriyet columnist Sedat Ergin, the basic difficulty is that HTS has become one of the most influential actors across the whole of Idlib.

“It will not be possible to put the Idlib problem on track for a settlement without overcoming the HTS problem,” Ergin argued in his article. He stressed that HTS and similar groups have vowed to continue fighting the regime and Russia.

According to press reports, Turkey plans to incorporate opposition fighters not listed by the UN as terrorist groups under a single umbrella organization, which would then negotiate with the regime though Russian and Iranian intercession.

The problem with this, however, is that Moscow and the regime have a very broad definition of “terrorist groups,” and they are likely to continue having disagreements with Ankara over who is and who isn’t a terrorist.

At any rate, there is no guarantee that the groups supported by Turkey will bow to Ankara’s demands, given that they are ultimately fighting for their lives in Syria.

In the meantime, Turkey’s demand that a large swath of Idlib be declared a safe haven for refugees, which would also be used to accommodate some of the estimated 3.5 million Syrian refugees in Turkey, is unlikely to be met under present conditions.

This also leaves Turkey with the prospect of facing a new flood of refugees — at least 250,000 according to UN sources — if an operation is launched against Idlib.

Mehmet Acet, from the pro-government Yeni Safak, believes that the decision to launch such an operation will ultimately rest with Russia, not the Assad regime.

“Regardless of what Assad’s ambitions are, in the final analysis it is the decision arrived at by Moscow … that will be important,” Acet wrote.

Many agree with his opinion, which is why eyes are now focused on the Sept. 7 summit in Tehran between Russian President Vladimir Putin, Turkish President Recep Tayyip Erdogan and Iranian President Hassan Rouhani.

Turkey, however, will be the weak link in Tehran, since both Russia and Iran are keen to see Idlib cleared of all jihadi elements, and the region returned to the regime.

Ret. Brig. Gen. Naim Baburoglu believes Turkey will have little choice but to submit to pressure from Russia and Iran.

“Russia wants to open a corridor in the south of Idlib for civilians to be evacuated before it launches an operation against the region, which is most likely to come before winter,” Baburoglu told Al-Monitor.

“Turkey’s role after the operation starts will be to ensure that HTS and similar groups do not infiltrate Turkish-held territories in northern Syria,” he added.

According to Baburoglu, Turkey will also be expected to disarm elements of the opposition that it supports so that they don’t pose a threat to Russian or regime forces in the future.

Baburoglu foresees difficulties in this regard, “because such a move could force the mercenaries in Turkish-supported groups to quickly switch allegiance and move toward more radical groups.”

Baburoglu added that Ankara had to think strategically, rather than tactically, when considering its options in Idlib.

“The US is consolidating its hold over areas east of the Euphrates River, where the YPG presence poses the main threat to Turkey. If Turkey is to launch an operation in those parts, despite US opposition, it will need the support of Russia, Iran and the Syrian regime,” Baburoglu said.

This is why Ankara should not waste any more time and establish ties with Damascus, he asserted.

Nevertheless, the developing situation in Idlib indicates that this will be the real flashpoint in Syria in the coming weeks and months — one that Ankara has to remain focused on.

Looking at the big picture, Turkey may have painted itself into a corner in Idlib by not paying enough attention to the growing jihadi presence there and by concentrating solely on trying to curb Syrian Kurdish aspirations.

How Ankara extricates itself from this situation will also prove whether Russia is indeed “Turkey’s strategic partner.”