The new deal between Russia and Turkey over Syria’s Idlib is temporary — but important. 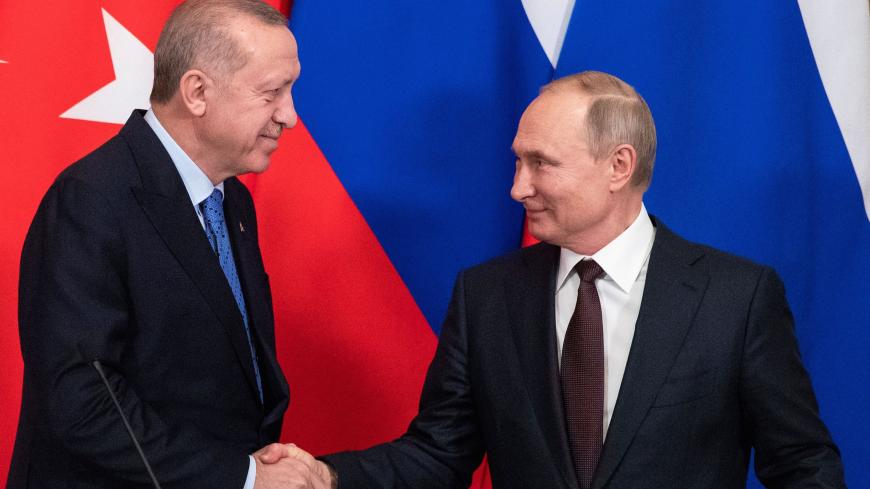 MOSCOW — A new deal between Russian President Vladimir Putin and his Turkish counterpart Recep Tayyip Erdogan to bring an end to fighting in Idlib puts the saga over this issue on standby. In recent weeks, Russian-Turkish relations witnessed a stress test and personal diplomacy efforts by the two presidents was needed to ease the heat. Still, the fundamental disagreements that Moscow and Ankara have over Syria have yet to be overcome.

“The situation in the Idlib zone in Syria has deteriorated so much that we need to have a direct and personal discussion,” Putin told Erdogan in his opening remarks when the two leaders sat down in the Kremlin on March 5.

“First of all, I would like to express our sincere condolences over the death of your military personnel in Syria. Loss of life is always a big tragedy. Regrettably, as I have told you by telephone, nobody, including the Syrian military, was aware of your troops’ location. At the same time, there were casualties among Syrian servicemen as well. The Syrian army reported major losses,” Putin noted, as if dismissing recent speculation among the Syrian public that Moscow cares not about its ally and is acting in an egoistic manner. Last week, at least 34 Turkish troops were killed in an airstrike, and Turkey retaliated by killing a large number of Syrian forces.

“We need to discuss everything and analyze the current developments so that, first, this does not happen again and, second, that this does not damage Russian-Turkish relations, which I know that you value as well,” Putin told Erdogan as if stressing the significance that the bilateral relationship has for both countries beyond Idlib.

Putin’s tone and message suggested Moscow was interested in a big picture situation with Turkey but that he also was not willing to sacrifice Syria to placate Turkey’s own ambitions.

Prior to the talks, Kremlin press secretary Dmitry Peskov suggested that Putin and Erdogan themselves would have to settle a number of critical issues that their teams haven’t agreed on.

"Plans are in store to discuss the Idlib crisis with Erdogan. We expect that an understanding on the forerunner of that crisis, the reasons for that crisis, the fallout from that crisis and the package of necessary joint measures aimed at ending it will be reached," Peskov told reporters March 4.

To translate from diplomatic Russian jargon into clear English: This means Russia believed the crisis erupted over Turkey’s inability to deliver on its commitments to drive out the terrorist group Hayat Tahrir al-Sham from the de-escalation zone. Moscow didn't like that instead Ankara even went to virtually help Hayat Tahrir al-Sham preserve its positions. Yet Moscow understands that what happened in the last few days was painful for Erdogan politically and was disastrous for Turkey in the humanitarian domain in terms of refugee flow, so Russia is ready to help stop the escalation and think of ways forward.

In a sense, it’s also reflective of the three principles Russia follows in dealing with a difficult counterpart such as Turkey. First, demonstrate empathy on issues that are sensitive and important to Turkish security. Second, clearly outline your own red lines and a corridor of opportunities for future cooperation on these issues. Third, take advantage of mistakes made by the other parties whose position is important to Ankara — the United States — and use the contrast to your advantage.

The five hours and 45 minutes of talks between Russia and Turkey produced a seemingly modest set of deliverables. However, it’s clear that none of the three points the presidents signed onto in what is officially called the “Additional Protocol to the Memorandum on Stabilization of the Situation in the Idlib De-Escalation Area” came easy — especially, perhaps, for the Turkish side. Eventually, Putin and Erdogan agreed to “cease all military actions along the line of contact” starting at 12:01 a.m. March 6; establish a security corridor 6 kilometers (nearly 4 miles) deep to the north and 6 kilometers deep to the south from highway M4; and, starting March 15, to launch joint Turkish-Russian patrols along highway M4 from the settlement of Trumba (2 kilometers, or roughly a mile, to the west of Saraqeb) to the settlement of Ain al-Havr.

Specific modalities of the security corridor along the M4 highway will be discussed by the Russian and Turkish militaries within seven days.

Perhaps one of the most remarkable things that the protocol didn’t mention was the M5 highway. This may suggest that Turkey had to recognize its current status. If so, this itself may be a key step toward Syrian President Bashar al-Assad taking control over the rest of the country and securing passage to the north. The no-fly zone is also off the table, which is a win for Damascus. The issue of Turkish observation posts south of the M4 is also an interesting matter to watch and is likely to be one of the hardest for the two militaries to settle. The issue of refugees is a big uncertainty at this stage but Putin has now seems to have the cards to package it in his conversations with the Europeans as his personal contribution to halt the flow of new migrants to Europe.

The very new deal, however, looks a lot like a temporary measure.

The cease-fire is likely to be violated by at least one party and most likely everyone, including those who haven’t agreed to it.

The security zone straddling the M4 is likely to be broken into or infiltrated by militants, terrorists and Syrian forces. Russian-Turkish patrols may have all kinds of issues, and they won’t even take place for 12 days, during which time anything could happen. Yet the new deal was meant to introduce a “cease-fire” in Russian-Turkish relations, as opposed to Idlib per se, and in this sense it’s a relative success for the two parties.

Moreover, under the current circumstances any permanent deal was impossible, for the ambitions of the parties run too high, the public discourse is too emotional and the abilities to do something on the ground without further fueling the escalations are too limited. In this sense, this minimal achievement is perhaps the maximum possible now. Still, the fact of the matter is that Moscow and Ankara now have a new benchmark to refer to when the next crisis over Syria occurs.