Turkish Defense Minister Hulusi Akar finally announced March 13 that after four days of talks in the Turkish capital, the Russian and Turkish militaries have agreed on the details of a new cease-fire in Syria’s Idlib de-escalation zone. 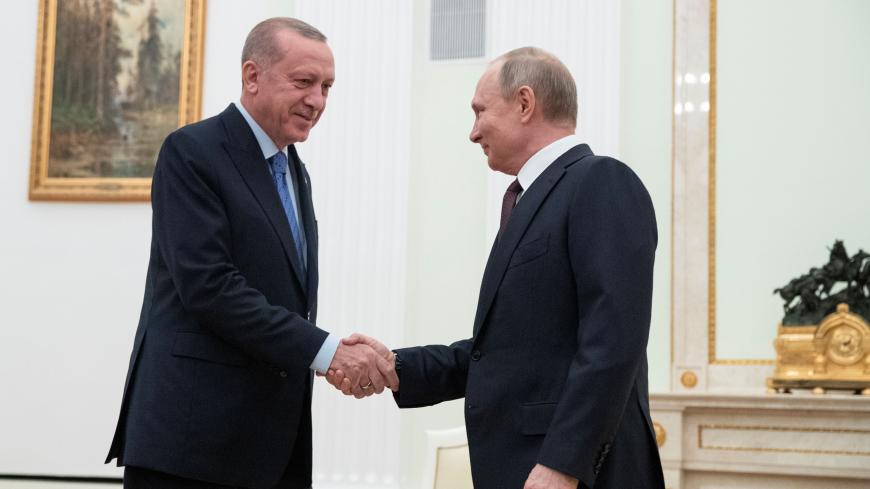 Turkish Defense Minister Hulusi Akar finally announced March 13 that after four days of talks in the Turkish capital, the Russian and Turkish militaries have agreed on the details of a new cease-fire in Syria’s Idlib de-escalation zone.

Akar said the first joint patrol by Turkey and Russia on the M4 highway in Idlib would be carried out on March 15 and that Turkey and Russia will establish joint coordination centers in the region. The announcement followed a March 12 telephone call between Russian President Vladimir Putin and his Turkish counterpart Recep Tayyip Erdogan to discuss the implementation of the agreements the two leaders reached in Moscow the previous week.

“Vladimir Putin and Recep Tayyip Erdogan reaffirmed the importance of continued close joint efforts, first of all between the Russian and Turkish defense ministries, in order to ensure a stable cease-fire and further stabilization of the situation,” read a Kremlin press release. It went on, “It was agreed to maintain a regular dialogue at various levels, including personal contacts.”

Why it matters:  Today’s agreement is a further sign that both sides are keen to move beyond the crisis that erupted in Idlib last month when at least 34 Turkish soldiers were killed in a single attack that both sides chose to blame on the Syrian regime. Tensions between Ankara and Moscow spiked, prompting widespread conjecture of a major break.

The language coming out of both capitals has been far more measured in recent weeks.

A day before the phone conversation with Putin, Erdogan gave a mild warning to the Syrian government, saying Turkey was monitoring “small violations” of the truce.

On March 12, the Russian Reconciliation Center for Syria, a joint Turkish-Russian entity intended to facilitate negotiations between Damascus and opposition groups, said there were no cease-fire violations by “Turkey-controlled illegal armed groups." It noted, however that “11 cease-fire violations by units of the Islamic Party of Turkestan and Jahbat al-Nusra, which are not controlled by Turkey, were reported in the Latakia and Aleppo governorates.”

Even before today’s announcement, Turkish and Russian forces had conducted a regular joint patrol mission in Aleppo governorate, Oleg Zhuravlev, chief of the Russian Reconciliation Center, told reporters on March 12.

He added, “Units of the Russian military police also carried out patrols in the Aleppo and al-Hasakah governorates. Russia’s air task force conducted an aerial patrol mission from the Qamishli airfield.”

No room for complacency:  Earlier, on March 11, Russian military police escorted seven Turkish convoys to the deployment sites of the Turkish army’s observation posts in Idlib. Russian military officials told Al-Monitor, “The coordination process with the Turkish counterparts that is now underway is very meticulous but still bearing some results on the ground.” They noted not all of the opposition groups operating in the area are abiding by the cease-fire.

"Settlements in the provinces of Latakia and Aleppo came under fire at least eight times from positions of the Turkestan Islamic Party, Ajnad al-Kavkaz and Hyat Tahrir al-Sham,” said a senior Russian military official.

What’s next:  While Turkish military units and Russian military police will begin joint patrols along the strategic M4 highway linking Syria’s east and west, there was no mention of an agreement on the M5 highway linking Damascus to Aleppo, which is every bit as strategic for the Syrian government. The Putin-Erdogan agreement of March 5 implies the patrols will start from the settlement of Trumba just west of Saraqeb to the settlement of Ain al-Havr.

Know more:  Maxim Suchkov explores how Russia and Turkey continue to reinforce their own leverage on the ground despite the cease-fire agreement and Semih Idiz offers the latest updates on Erdogan's uphill battle on the home front over the war in Idlib.