The latest report by the US State Department refers to Palestinians of East Jerusalem as “non-Israeli residents,’’ as if changing their description could change the reality. 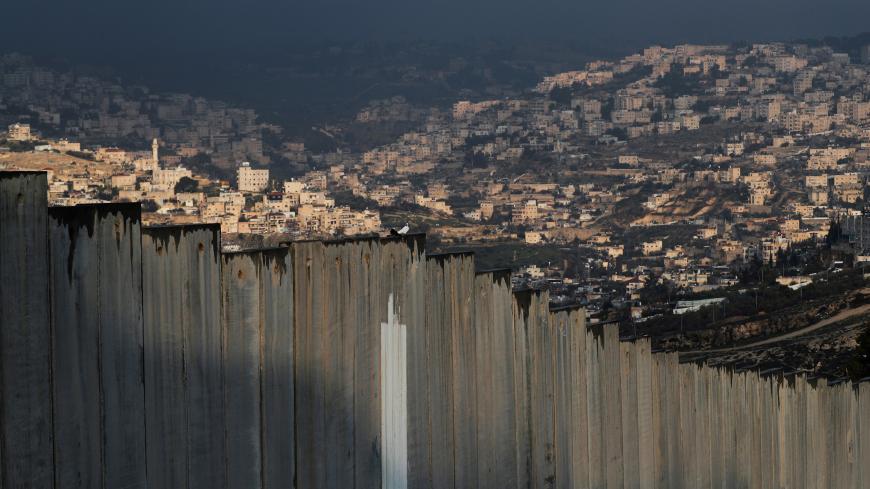 Many Israeli officials were certainly happy to read the latest US State Department report. Their satisfaction didn't stem from any compliment offered to Israel in the 2019 Country Report on Human Rights Practices, issued March 11. Rather, the officials were pleased to discover a change of language. For the first time in these annual reports, East Jerusalem Palestinians were defined as “non-Israeli residents” instead of “Palestinians.”

All in all, this recent report is quite gloomy. It refers, among other things, to the recently enacted Nationality Law (on Israel’s Jewish nature), which “changed Arabic from an official language to a language with a 'special status,'” and emphasizing that the law recognizes only the Jewish people as having a national right to self-determination. Another point is that the law calls for “promotion of ‘Jewish settlement’ within Israel,” ignoring the right of non-Jews to settle.

The report stresses that “Arab Christians and Muslims, Druze and Ethiopian citizens faced persistent institutional and social discrimination.” There are many cited examples, including an October incident in which Israeli soldiers attacked individual Bedouins at a gas station where the soldiers received only minor sentences for their deeds. The report also refers to “Price Tag’’ vandalism acts by extreme rightist-religious groups of young Jews, most of them from settlements in the West Bank, targeting Muslim and Christian holy sites.

In the context of labor conditions in Israel, the report says that Palestinian laborers continued to suffer from abuses and labor rights abuses as a result of a lack of adequate government oversight and monitoring.

Still, Jerusalem was happy because of the decision of the State Department to ignore the 350,000 Palestinians who live in the area of greater Jerusalem under Israeli sovereignty, calling them “non-Israeli” despite the fact that several thousand of them have full Israeli citizenship.

All this is typical of the fake gifts that Israel gets from the Trump administration, and of the childish manner with which the Netanyahu administration receives the “gifts.” The American decision to move the US Embassy to Jerusalem in 2018 failed to create a wave of other countries following suit or to take the very controversial issue of Jerusalem off the table. President Donald Trump’s “deal of the century” didn't take the Palestinian refugee problem off the table, either, and the State Department's move to refer to the West Bank as “Judea and Samaria” didn't put an end to the fact that millions of Palestinians live there.

Trump's recognition in 2019 of the Israeli annexation of the Golan Heights didn't make this area more Israeli and will not prevent a future Israeli government from withdrawing from the area as a result of peace negotiations with a future Syrian government.

Secretary of State Mike Pompeo's November declaration that the Israeli settlements in the occupied territories are not illegal did not make them legal, and didn't change international law. It leaves Israel with the same threat of approaching a situation in which a minority of Jews may dominate a majority of Palestinians. The main question remains how we can assure that Israel is a Jewish and democratic state, and not whether the totally unneeded West Bank settlements are legal or not.

When the coronavirus crisis is over, and a new government is formed in Israel, and when Israeli and Palestinian leaders return to the negotiating table, all Trump's “gifts,’’ including his almost unnoticed peace plan and the new definition of the Palestinians who live in Jerusalem as “non-Israelis,’’ will be gone with the wind.

For a true solution and peace to be achieved, Jerusalem will have to be divided, not necessarily in a physical way. All the Arab neighborhoods would be part of the Palestinian capital of al-Quds and a special arrangement would be reached with Palestinians currently living in Jerusalem, either as citizens of Israel or permanent residents.

Israel would withdraw from the West Bank with minor modifications to the 1967 cease-fire line. The settlers who chose to remain in their homes could stay inside Palestinian State as obedient Palestinian residents (and Israeli citizens), if the Palestinian interlocutor so agreed.

We cannot skip the phase of significant negotiation with the Palestinians. The idea that any third party, including the United States, can solve our problems by unilaterally recognizing annexation, or by changing the definition of the Palestinians in East Jerusalem, is no more than wishful thinking.