Despite an earlier pledge by Israel's Blue and White leader Benny Gantz to not partner in a government with current Prime Minister Benjamin Netanyahu, negotiations between the two sides on a unity government are progressing. 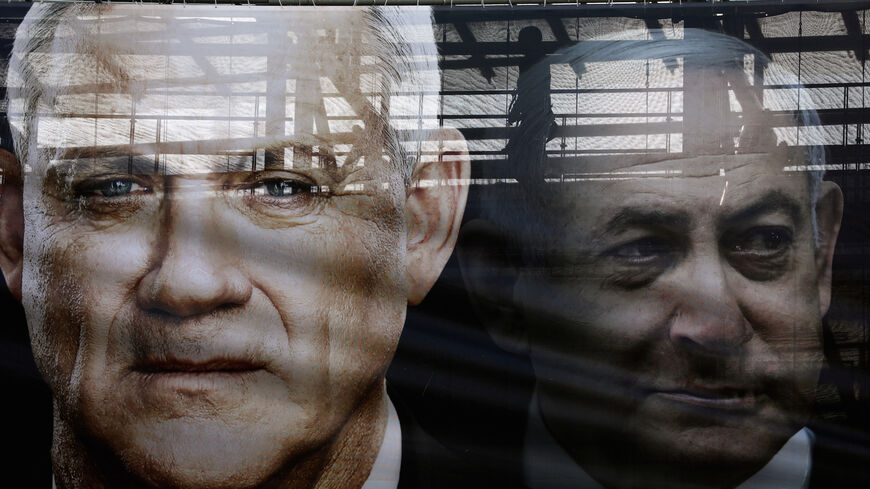 Blue and White party leader Benny Gantz seems to be getting closer to deciding to establish an emergency unity government with Prime Minister Benjamin Netanyahu, in a move that would break his preelection promise against a partnership with the indicted prime minister.

Several meetings took place in recent days between the negotiating teams of both sides. The outline now advanced would have Netanyahu serving first as prime minister for a period of one and a half to two years, with Gantz serving as foreign minister before replacing Netanyahu at the helm of the government.

A decision in favor of a unity government would entail dramatic consequences for the Blue and White party and most probably generate a split. The party’s No. 2, Yair Lapid, and No. 3, Moshe Ya’alon, are both against partnering with Netanyahu because of the charges he’s facing.

The political crisis in Israel keeps deepening since the March 2 elections. On March 16, Gantz received from President Reuven Rivlin the mandate to form the next government, but chances of success are slim. The coronavirus threat, the emergency economic and health crisis and fear of a fourth round of elections are pushing both Gantz and Blue and White’s No. 4 Gabi Ashkenazi toward a unity government.

Interviewed the evening of March 19 by Channel 12, Gantz hinted that he is not ruling out a joint government with Netanyahu, despite earlier commitments against that, saying, "There are principles, but there are also circumstances of an economic crisis. It would be wrong to stick with some sort of a statement.’’ Still, the official response from the Blue and White party are that no deal has been concluded.

That being said, these latest developments are generating a storm within Blue and White’s leadership. Lapid and Ya’alon are trying to block Gantz. They are also the ones leading the battle against Knesset Speaker Yuli Edelstein, who has been obstructing the work of the newly elected Knesset. Edelstein has been accused of operating to benefit Netanyahu, destroying Israel's democracy along the way.

Inside discussions and disagreements within Blue and White are expected to escalate in the coming days. A senior party official told Al-Monitor on condition of anonymity, "Gantz hasn’t made up his mind yet. It’s a huge dilemma. If a unity government isn’t established, then we’ll have a fourth round of elections. Gantz could take political risks, but the country is his absolute first priority."