After Gantz, will Israeli Arabs ever return to the ballot box?

Blue and White leader Benny Gantz forming a unity government with Benjamin Netanyahu has deflated the hopes of Arab Israelis of participating in national politics as equals, raising doubts that they will follow the urging of their representatives to take part in future elections. 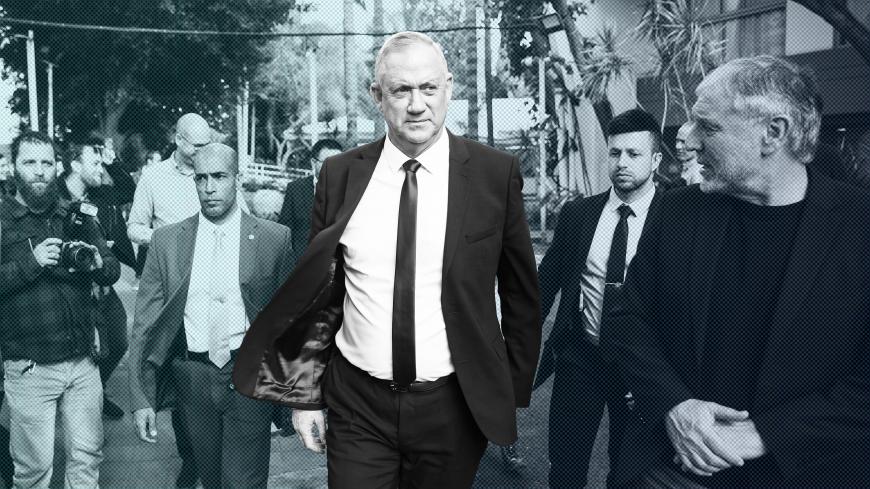 Knesset members have been switching party allegiances and moving from one party to the other. Some parties are splitting, while other parties merge. The jaw-dropping series of events over the last few days has left many voters stunned, not to mention upset. So many election promises tossed aside as a novel coronavirus bears down. Even the most creative mind could not have imagined Blue and White splitting into two factions (Hosen Yisrael, which will retain the Blue and White brand, and Yesh Atid-Telem) and four of its Knesset members switching from one faction to another.

All this transpired because Blue and White leader Benny Gantz swore before the March 2 election that he would never sit in a government with someone under criminal indictment, but has now abandoned the effort to form a government of his own — even though President Reuven Rivlin granted him a mandate to do so — and decided instead to form a government with interim Prime Minister Benjamin Netanyahu. More than 2 million people voted in protest against Netanyahu, hoping that they could prevent him from forming an “immunity government” that would protect him from a trial on the criminal charges against him. This week they learned that they had really voted for a government to extract Netanyahu from his troubles.

The old Blue and White is in turmoil. Zvi Hauser and Yoaz Hendel, both members of Moshe Ya’alon’s Telem faction, decided to join the Netanyahu-Gantz government, so they broke from their original faction and formed Derech Eretz. How ironic! The name they chose, which literally means “courtesy,” is used to express fairness and loyalty. It seems insensitive of them to use it now, since violating election promises and distorting campaign slogans can hardly be called “courteous behavior.” In fact, it is the opposite.

Meanwhile, Pnina Tamano Shata left Yair Lapid and his Yesh Atid to join Benny Gantz, while Gadeer Kamal Mreeh left Gantz, whom she says violated his election promises to the Druze community, to which she belongs, and joined Yesh Atid. Lapid congratulated Mreeh for refusing to abandon her values even after being promised a ministerial or deputy ministerial position. With all the drama in the Blue and White, did anyone notice that Orly Levy-Abekasis led Gesher out of the Labor-Gesher-Meretz bloc after being elected by voters from the left?

After Gantz’s political about-face, the word “treason” flooded social networking. Lapid, who lashed out viciously at his former political partner’s decision to join forces with Netanyahu, released an emotional tweet asking his supporters to tone down the rhetoric. He even went so far as to say that it reminded him of the days leading up to Prime Minister Yitzhak Rabin’s assassination. “There are photos of Benny Gantz online with the word ‘traitor’ superimposed on them,” he wrote. “There are boundaries. I ask all of our supporters not to distribute these images or use that term.”

The people who feel cheated the most are Israel’s Arab citizens. Days ago, it seemed as if the Joint List, which won a historic 15 Knesset seats, would receive political recognition. Two Knesset members from the party, Abbas Mansour and Aida Touma Suleiman, had been selected to head parliamentary committees, while two other members were appointed to lead subcommittees. Gantz thus delivered a devastating blow when he decided to toss Netanyahu a lifesaver and dismantle the very camp that he had led into the election.

The feeling among the Arab public is not that they were betrayed by politicians who promised to stand by their principles and then reneged on their promise. Rather, they feel enormous disappointment in the Israeli political system as a whole. True, they had boycotted it after the events of October 2000 — when police shot and killed 12 Israeli Arabs and a Palestinian — but over the last year alone, they had begun to once again feel a glimmer of hope.

In a conversation with Al-Monitor, Ahmad Mahajna, an Umm al-Fahm resident, explained that the long lines outside the polling stations in his town in March had been an expression of hope. Residents of the town that the right-wing parties disparage more than any other went out to vote in large numbers, hoping that this time their votes would have an impact.

“No one liked the three chiefs of staff leading the Blue and White party, and especially not Gantz, who prided himself on his massive attacks on Gaza, even going so far as to offer a body count,” said Mahajna. “Nevertheless, the calculation was that if the Joint List, which we voted for en masse, would support the Blue and White party and Labor-Meretz, there is a chance that we could stifle the incitement, which had tried to depict the Arabs as supporters of terrorism. As it turned out, no matter how many seats the Joint List won, when push came to shove, Gantz preferred Netanyahu and not the Arab electorate.”

Joint List Knesset member Yousef Jabareen, also from Umm al-Fahm, was on target in how he expressed this dynamic in the Knesset plenum. “Likud B [i.e., Blue and White], which spent the election speaking about a ‘Jewish majority,’ and took the side of unilateral annexation, joined forces with Likud A. The Joint List will lead the opposition to this government of continued incitement, racism, and occupation.”

“The Arab members of Knesset are too ashamed to look at themselves in the mirror,” Mahajna remarked. “They recommended Gantz to the president, and they convinced Arab voters that this time there was a real chance for change. After all their reservations and hesitations, even the Balad faction [of the Joint List] decided to give replacing Netanyahu a chance. What came out of it? Where will this disgrace lead? What will they say in the next election? How will they get voters to the polls? With what kind of promises?”

This state of affairs is, in fact, the biggest concern facing the Joint List. Ayman Odeh, the Joint List's chairman, was the engine that pushed all the members of the party to stand up as equals in the Israeli political system. It was all part of a larger effort to participate in Israeli society with their heads held high. The way to do so was to engage Blue and White in an ongoing dialogue on an almost daily basis. Joint List members didn’t even toss the board when members of Blue and White spoke about a “Jewish majority” during the campaign. Sure, they responded angrily and rightfully asserted that the slogan was racist. Still, deep down in their hearts, they believed that maybe it was necessary in order to steal a few votes from the soft right. They waited patiently for the election results, and the party that claimed that it wanted a “Jewish majority” won a majority in the Knesset thanks to Arab votes. Then the entire Joint List, including the three members of the extremist Balad faction, recommended Gantz to the president without reservation.

It is now up to Joint List Knesset members to preserve Arab voters’ trust in the political system, even if they feel that they were deceived. It won’t be easy, and it might even be impossible.

The Israeli political system is turbulent by nature, and now there is the coronavirus crisis lurking about. No one can foresee what tomorrow will bring, much less next month or next year, until the next election. One thing is, however, certain: It will take a miracle for the Joint List to retain its current level of strength the next time voters go to the polls. The belief among Arab voters that they can change their reality at the ballot box has suffered a devastating blow. It appears that the frustration and disappointment they feel now will be with them for a very long time.