Iran’s supreme leader is hopeful that his country will soon defeat the coronavirus epidemic that has now reached all provinces, killing nearly 80 people. 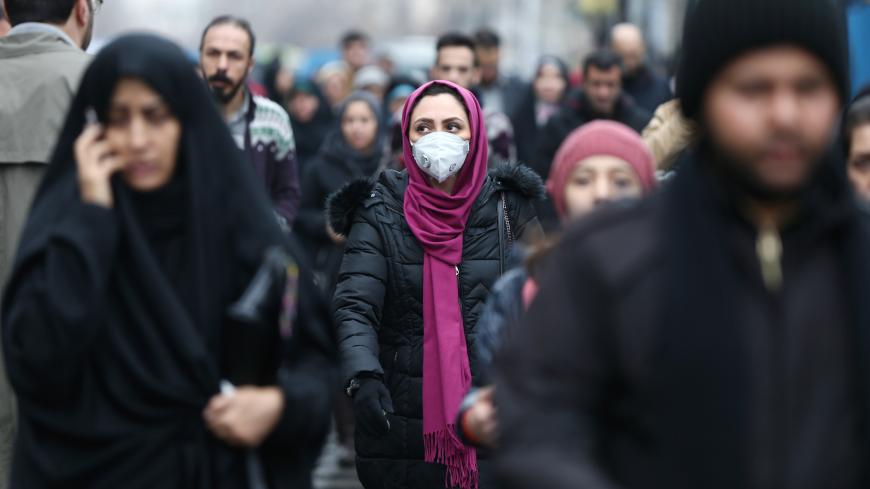 Iran’s Supreme Leader Ayatollah Ali Khamenei made his second appearance in two weeks after the Islamic Republic officially announced the outbreak of the coronavirus in the country. Wearing a pair of protective gloves, Khamenei delivered his address March 3 in what appeared to be a garden at his Tehran residence. During the brief open-air speech, however, no cheering loyalists were present, as Iranian authorities have restricted public gatherings to prevent further coronavirus infections.

“I don’t mean to underestimate or overestimate the problem, but this issue will not stay in our country for a long time,” Khamenei said, adding that the ongoing fight against the epidemic will ultimately “serve as a public maneuver” for Iran. Khamenei’s current stance presents a contrast to his immediate reaction following the outbreak, when he reduced COVID-19 to a “so-called virus” used by Iran’s enemies to scare the nation away from voting in the Feb. 21 parliamentary elections. Those polls were marred by unprecedented voter apathy and a record low turnout in Iran's history.

Khamenei further defended Iran’s handling of the epidemic as “transparent from day one,” accusing other countries of covering up their own coronavirus statistics. In recent days, the Iranian government has faced mounting criticism over what is perceived as mismanagement worsened by chaos, confusion and corruption. In its latest report March 3, Iran’s Health Ministry raised the death toll to 77, with the known infected population passing the 2,300 mark.

Gholam Ali Jafarzadeh — an outspoken lawmaker representing the city of Rasht, which has been hit hard by coronavirus — dismissed the government reports as “a joke,” saying the real figures are way higher. Another lawmaker, Bahram Parsaee, has called on the World Health Organization (WHO) to intervene and tackle the crisis, which has now spread to all of Iran’s 31 provinces.

A WHO team, including lab specialists and epidemiologists, landed in Tehran to assist Iranian medics with speeding up the containment process. The organization also sent screening kits, gloves and masks, which have become rare commodities in Iran due to international sanctions and domestic hoarding. Iran’s judiciary said it is setting up speedy trials for several individuals arrested over the mafia-style stockpiling, which health officials believe has effectively crippled their response operations.

The overcrowded train stations, noisy public venues and vibrant markets that have typically marked the runup to Iran’s most important national holiday, the Persian New Year or Nowruz, are now almost entirely deserted, disseminating vibes of gloom and despair nationwide. To alleviate the burden, young and creative Iranians have launched various social media campaigns to inject some hope and revive confidence. One such campaign that is gaining momentum has idolized medical staff to the status of wartime heroes battling it out on the hospital front lines. Another campaign challenges Iranians to post pictures of themselves smiling, with some photos depicting smiles from behind protective masks — if you were lucky enough to have found one on the black market.