While Iran's military command in Syria has issued direct warnings aimed at Turkey, President Hassan Rouhani and the Iranian foreign ministry continue to insist on the role of diplomacy and dialogue. 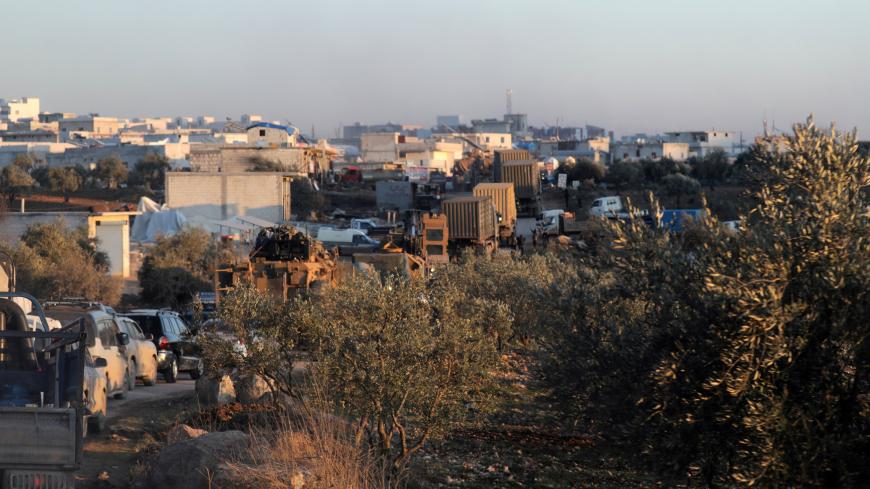 Ankara’s defiant reaction to the Syrian army’s advances in the northwestern province of Idlib has led the Syrian crisis toward one of its most critical phases in the past several years, pushing Ankara and Damascus to the verge of a full-scale war.

The latest round of escalation began Feb. 27, when at least 33 Turkish soldiers were killed in a Syrian military airstrike in a rebel-held area of Idlib province. While Turkish Defense Minister Hulusi Akar accused the Syrian government of deliberately targeting Turkish soldiers “despite warnings,” Assad’s ally Russia claimed the Turkish forces were “in the battle formations of terrorist groups.” However, the Syrian government’s other major ally, Iran, showed a rather neutral reaction, stressing the need to immediately “manage and calm the current tense situation.” The Iranian Foreign Ministry also called for holding a new Iranian-Russian-Turkish summit within the framework of the Astana process.

Nonetheless, the situation became even more complex when the Turkish military’s retaliatory operation against the Syrian army positions led to the death of several Iran-backed forces in Syria’s northwest, along with the Syrian soldiers. According to the reports published in the Iranian media, at least four fighters affiliated with Lebanese Hezbollah, as well as 21 members of Fatemiyoun and Zainebiyoun brigades — which consist of Afghan and Pakistani Shiite forces supported by the Islamic Republic — were killed in the Turkish strikes. Hours after the strikes on Feb. 29, Iranian President Hassan Rouhani held a phone conversation with his Turkish counterpart Recep Tayyip Erdogan, in which the Iranian side called for resolving the Idlib issue through dialogue. Rouhani also once again proposed hosting the Turkish and Russian presidents for a new Astana summit to discuss the ongoing crisis.

However, Rouhani’s diplomatic call for compromise was supplemented by a direct warning against Ankara by the Islamic Republic’s military command in Syria. Iran’s “advisory center in northern Syria” issued a statement March 1 saying that the Turkish military continues to attack positions belonging to the center. While warning that Turkish soldiers in Syria are “within firing range” of the Iranian forces, the center asked the Turkish military “to act wisely” so as not to trigger a retaliatory move by the Iranian side.

While the two above-mentioned positions might appear contradictory at first glance, each of them shows main aspects of Iran’s overall approach toward the Idlib issue.

The Iranian advisory center’s statement came as a surprise to those following Iran’s involvement in the Syrian crisis, as almost nobody had previously heard of the existence of such a center. While the Islamic Republic had always refused to admit its involvement in the Idlib battles, the statement was a clear confirmation of the active role of Iranian and Iran-backed forces in that part of Syria. As such, Iran’s decision to publicize its presence in Idlib could be seen as an attempt to declare that it has a set of interests in Syria’s northwest, which should be respected by the other actors, especially Turkey.

In fact, the statement was quite clear in defining those interests, as well as Iran’s red lines in Idlib. According to the Iranian advisory center, forces from the Islamic Revolutionary Guard Corps (IRGC) along with Hezbollah and other “resistance” forces have been involved in securing the Syrian government’s control over the strategic M5 highway that connects Damascus with Aleppo. It also underlines that the same forces continued to cooperate with the Syrian army in the face of the “armed forces supported by the Turkish military,” who wanted to retake the highway. It appears that guaranteeing the Assad government’s control over the M5 highway is one of Iran’s main priorities in that area.

Meanwhile, although Iran used to depict its proxies fighting in Syria as “voluntary groups” formed to fight the terrorists, the latest statement makes no distinction between the IRGC forces on the ground and those Iran-backed forces, which it calls “resistance groups.” The statement seems to contain a tacit warning that any Turkish targeting of these groups would be considered an attack on the Iranian military.

The statement also indicates a shift in Iran’s approach toward the role of Russia in Idlib. In the past, Tehran used to rely on the Russian channel for de-escalating the conflicts between the Syrian army and Turkish-backed forces in Idlib. Clear evidence of this approach was Iran's endorsement of the Sochi deal between Moscow and Ankara in September 2018 on the establishment of a demilitarized zone in Idlib. However, this time Iran seems to be dissatisfied with Russia's unwillingness to more strongly support the Assad government in the face of frequent Turkish attacks, something that is seen as possibly indicating a kind of back-channel deal between Ankara and Moscow. Therefore, Iran appears to be trying to define a role for itself in Idlib independent of Russia.

However, the fact that the Iranian president and Foreign Ministry continue to insist on the role of diplomacy and dialogue is a sign that Iran is aware of the potential risks of an over-defiant approach in Syria. On the one hand, Iran has serious concerns over the possible collapse of the Astana process as a result of the current tensions. After all, the Astana process is the only UN-backed international peace process for Syria, in which Iran has a decisive role. Therefore, its collapse would deprive Iran of a valuable diplomatic asset with regard to Syria. On the other hand, Iran is worried that further destabilization of the situation in Syria would provide Israel with an opportunity to double down on its offensive actions against the Islamic Republic and its allies in Syria. The latest Israeli strike against the Syrian army positions in Quneitra in southwestern Syria on March. 2 showed that Tehran’s concerns are not baseless.

Moreover, Iran is concerned over Washington’s potential agreement to directly support Ankara in Idlib. As the Islamic Republic has defined “the expulsion of American forces from the region” as its main regional priority after the assassination of the IRGC Quds Force commander Maj. Gen. Qasem Soleimani by the United States earlier this year, any American involvement in Idlib would create new challenges for Iran in advancing its plans.

As a result, while actively trying to make the other parties accept and respect its interests and red lines in Idlib, Iran is not expected to enter into an open confrontation with Turkey over this issue. Instead, it will try to translate its active military presence in the area into political gains for itself and its allies in future diplomatic talks.