The Iranian government says it is experiencing its lowest oil revenues in a decade amid the coronavirus pandemic. 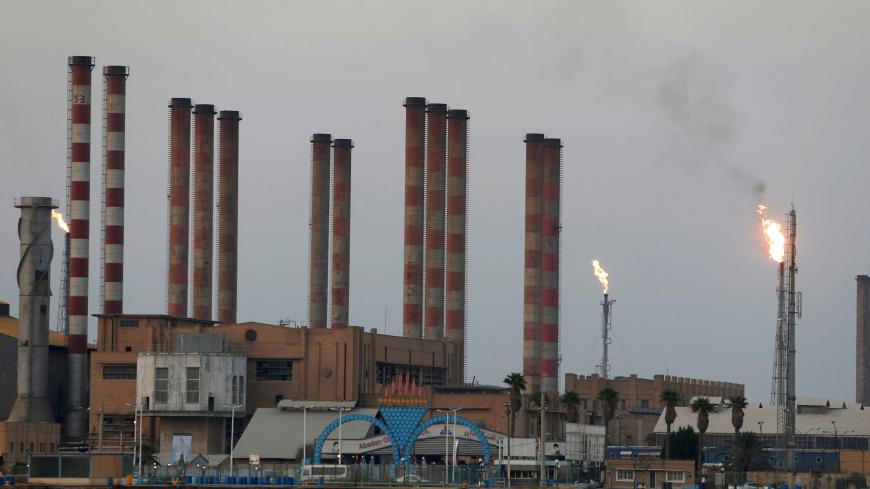 Iran’s vice president for economic affairs lamented the free fall of the country’s oil revenue. Mohammad Nahavandian told Iranian state TV that oil inventory has dropped to one-eighth of where it stood in 2011.

The comments came after the global oil market was rattled by the coronavirus pandemic, which has slashed international demand for crude. The damage to Iran, the world’s fifth largest oil producer, has been particularly disruptive. The price of Iranian heavy crude fell below $14 per barrel March 31 — not good news for a government that has based its fiscal budget on the rate of $50 per barrel.

The US government has pursued a “maximum pressure” policy against Iran since 2018. The campaign has sought to zero out Iran’s oil revenue, and force other nations to turn away from Iranian crude. The policy has squeezed Iran's crumbling economy, leaving Tehran with limited export options, which have plummeted to all-time lows.

Iran is now wrestling with the coronavirus epidemic, a costly fight that, according to government estimates, will require an extra $1 billion budget. Supreme Leader Ali Khamenei controls the country’s store of emergency reserves in the National Development Fund, and last week, President Hassan Rouhani requested the withdrawal of the $1 billion package from that fund. Five days later, Khamenei's decision is still pending. Back in January, the supreme leader agreed to a similar request from the Iranian parliament for 200 million euros to boost the Quds Force, the overseas branch of the Islamic Revolutionary Guard Corps. The decision came after a US airstrike in Baghdad killed the force’s commander, Qasem Soleimani.

On March 31, the Iranian Health Ministry reported 141 new coronavirus deaths in one day, pushing the death toll to around 2,900. Despite the rising trend, Rouhani has expressed satisfaction with Iran's progress in subduing the epidemic, saying the country has done a relatively better job compared to other nations. However, the president has come under fire for giving false hope. Mostafa Moein, the head of Iran’s Supreme Medical Council, urged Rouhani to refrain from issuing “fake assurances.” Moein described Rouhani’s stance as “wishful thinking” and warned of a looming “catastrophe.”

Cash-strapped Iran has complained that US sanctions and pressure have slowed down its response to coronavirus. The Iranian ambassador to Paris, Bahram Ghassemi, blamed thousands of coronavirus-related deaths on US sanctions. Similarly, the head of the Iranian mission to the United Nations, Majid Takht Ravanchi, lamented the impact of US pressure on Iran’s treatment of coronavirus patients, denying US claims that sanctions have spared the medical sector.

To curtail the epidemic, Iran is currently practicing social distancing amid its new year holidays. The measures come at a time when an unspecified number of Iranians are already traveling, as the government initially refused to impose strict bans. The policy will be in place until April 8, with stringent checks on entering cities, where those who fail to prove residence are denied entry.

Nevertheless, a perceived failure to robustly implement those bans in some areas continues to draw criticism. Aziz Akbarian, a member of the Iranian parliament, claimed foreign pilgrims are still touring the holy city of Qom, the epicenter of the virus in Iran. The government’s belated containment measures have also fueled worries about an infection backlog caused by new transmissions as travelers return to their hometowns, further exacerbating the situation.