The head of Syria’s White Helmets rescue force has been making the rounds in Washington over the last week to spotlight the dire humanitarian crisis in Idlib. 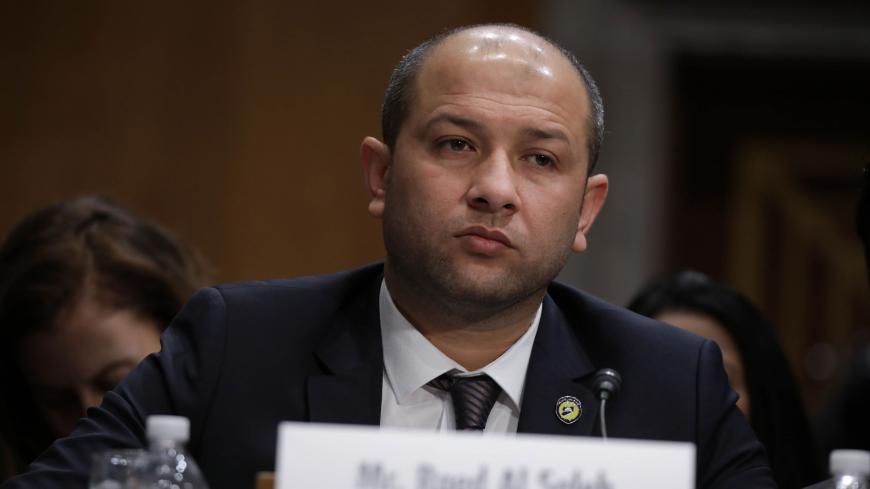 The head of Syria’s White Helmets rescue force has been making the rounds in Washington over the last week to spotlight the dire humanitarian crisis in Idlib — and the need to ensure aid makes its way to some million displaced people in the embattled province. White Helmets chief Raed Saleh capped his week in Washington off by meeting with Deputy Secretary of State Stephen Biegun on Monday to discuss Idlib.

“Deputy Secretary Biegun commended the Syria Civil Defense and its courageous team of first responders, known as the White Helmets, for providing life-saving assistance to the victims of aerial bombardments and mortar attacks on homes, schools and hospitals perpetrated by the [Bashar al-Assad] regime and its allies,” State Department spokesperson Morgan Ortagus said in a statement.

Ortagus noted the meeting's participants “agreed that the international community must continue to ensure the protection of civilians, religious and ethnic minorities and other innocent victims of the Assad regime’s brutality.”

Saleh also met with US Syria envoy James Jeffrey and Deputy Assistant Secretary of State for Levant Affairs Joel Rayburn. He also stopped by an exhibition at the Turkish Embassy of photographs of White Helmets rescue operations.

Why it matters:  The United Nations has stopped using two key border crossings to deliver humanitarian aid into Syria from Iraq and Jordan after Russia and China blocked their reauthorization last year — a point Saleh hammered home while addressing the Washington Institute for Near East Policy. The other two border crossings from Turkey remain open.

Jeffrey announced earlier this month that the United States has authorized $100 million in assistance to help displaced Syrians in Idlib. President Donald Trump authorized $4.5 million in aid to the White Helmets last year.

Know more:  Congressional correspondent Bryant Harris has the full report on the Syria sanctions set to go into effect.  And be sure to read Khaled al-Khateb’s report on how the new joint Russian-Turkish patrols in Idlib have divided the Syrian opposition.