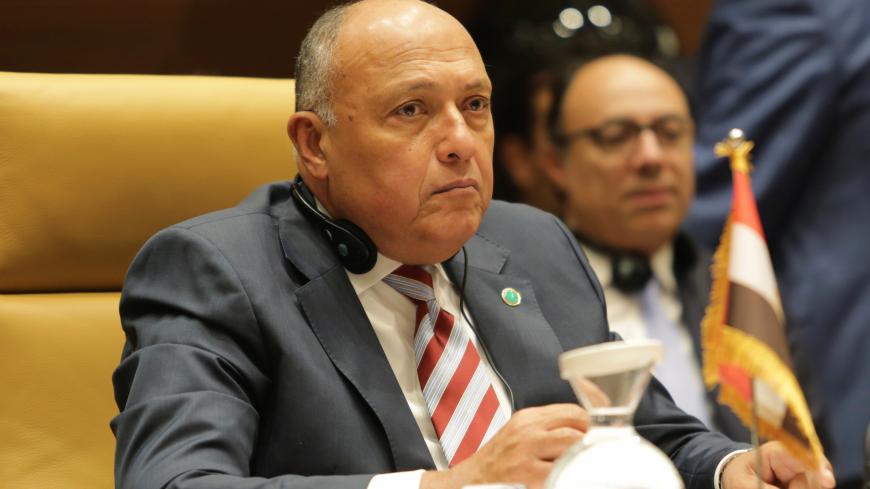 Egyptian Foreign Minister Sameh Shoukry kicked off a tour of seven Arab countries March 8, seeking support for his country’s long-running dispute with Ethiopia over the future of a massive hydropower project on the Nile.

Shoukry met with Jordan’s King Abdullah in the capital of Amman and delivered a letter from Egyptian President Abdel Fattah al-Sisi. He’s expected to meet with leaders in Saudi Arabia, Iraq, Kuwait, Oman, Bahrain and the United Arab Emirates, according to the Jordanian newspaper al-Ghad.

The foreign minister’s travel comes amid escalating tensions between Egypt and Ethiopia over Addis Ababa’s construction of a giant dam on the Blue Nile.

Ethiopia skipped the latest round of US-brokered negotiations in Washington. The Feb. 26 talks were intended to produce a final deal between Egypt, Ethiopia and Sudan on the filling and operation of the Grand Ethiopian Renaissance Dam.

The controversial $4.6 billion dam near Ethiopia’s border with Sudan is about 70% complete. The ambitious project would be the continent’s biggest hydroelectric power plant and provide badly needed electricity to Ethiopia’s 100 million people.

Ethiopia plans to begin filling the dam during the start of the rainy season in July and expects the process to take seven years.

Egypt worries the dam is being filled too fast and could restrict its access to the Nile, which currently provides 90% of Egypt’s supply for irrigation and drinking water. It’s asked for the dam to be filled over a period of 12 to 21 years.

Last week, the Arab League addressed the dispute, noting Egypt’s “historical rights” to the Nile. The association said it rejected any unilateral action taken by Ethiopia to fill and operate the dam without an agreement from Egypt.