Turkey asks US for missile defense amid Syria standoff

Turkey has asked the United States to deploy Patriot batteries to its southern border, a US official told Al-Monitor. 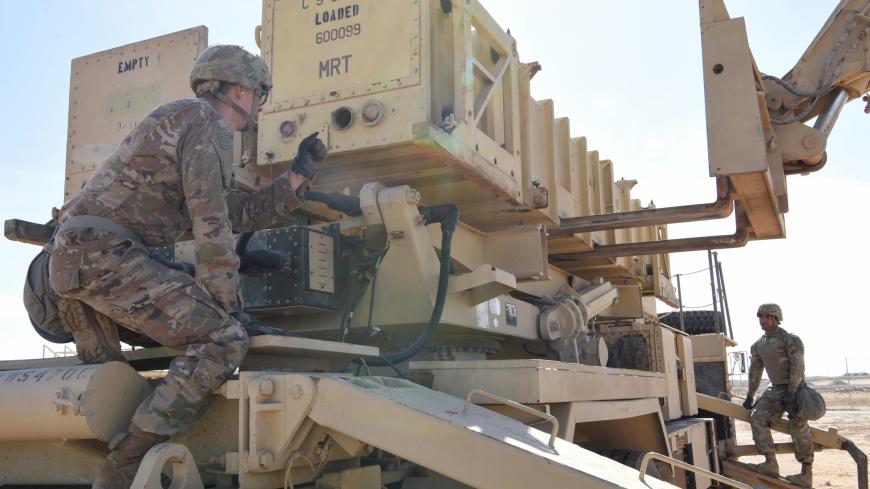 The United States has not made a decision over whether to deploy Patriot batteries to Turkey’s southern border after receiving a request from Ankara, a US official told Al-Monitor. The ask comes amid ongoing clashes in Syria’s opposition-held Idlib province as two Turkish troops were killed in a regime airstrike on Thursday.

Bloomberg first reported that Turkey had requested two missile batteries through US Special Representative for Syria Jim Jeffrey, who served as the US envoy to Ankara during the George W. Bush and Barack Obama administrations. It was not immediately made clear to Al-Monitor when the request came through, how it was conveyed, how many batteries Turkey asked for or whether Ankara asked to purchase or borrow the units.

Any Turkish deal for Patriot batteries could face challenges, as the Donald Trump administration already nixed a $3.5 billion deal for the US-made missile defenses after Ankara took delivery of the Russian S-400 air defense system in July. The Pentagon had long feared that the powerful radar system onboard the Russian weapon could be used to erode the capabilities of the F-35 fighter jet.

Turkish media reported on Friday that the United States had turned down the request. But the United States would likely not be in a position to approve or deny such a request made through Jeffrey since Turkey would be required to notify the Defense Department of their formal interest in the Patriot system through a letter to the agency. The Pentagon would then have about four months to respond.

The Defense Department could opt to redeploy Patriot to Turkey’s southern border to assist the NATO ally, but the agency would face even greater strain on its already stretched coverage for the missile defense system. The Pentagon considers deploying batteries to Iraq after an Iranian ballistic missile strike on Jan. 8 left more than 100 US troops with mild traumatic brain injuries, after deploying three Patriot batteries to Saudi Arabia after it fingered Iran for a drone and cruise missile attack in September.

Former US officials who have worked with Turkey on defense issues say the nature of the request is not unusual. NATO allies have also deployed air defense support for Turkey, most recently during fighting in Syria in 2013. But after purchasing the S-400 against the advice of the Trump administration and NATO, the United States may be less likely to honor the emergency request.

“They always do [this] when it gets hot in their neighborhood,” Jim Townsend, a former deputy assistant secretary for defense during the Obama administration, told Al-Monitor. “Let’s see what NATO says and if NATO agrees let’s see who ponies up air defense. Will the US once again send Patriot or do we say, ‘Not this time Erdogan. Buy Patriot!’ Maybe they should use the S-400s from Russia!”