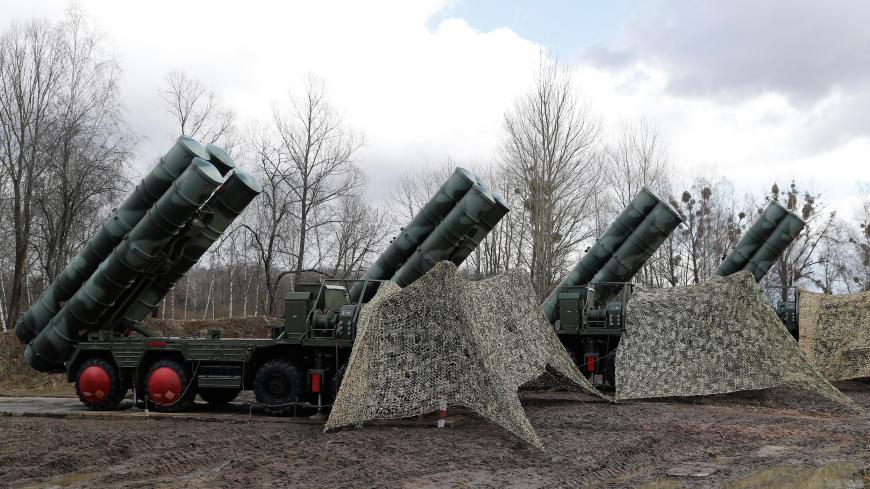 “It is not appropriate to put preconditions when an ally is in need, an urgent need, like [is] happening in Idlib,” said Cavusoglu during a webinar hosted by the Atlantic Council and the Turkish Heritage Organization.

Earlier this month, US ambassador to NATO Kay Bailey Hutchison suggested a package to assist Turkey’s military operations in northwest Syria was conditioned on Ankara rejecting the missile defense system, which she said was “deterring some of the capabilities that we would be able to give [Turkey] to fight against the Syrian aggression.”

Turkey’s acquisition of two Russian-supplied surface-to-air missile systems remains a source of friction between the two NATO allies. In early March, US Syria envoy James Jeffrey said that the S-400 issue left US officials split over whether to provide further support to Turkey in rebel-held northwest Syria.

Why it matters: Ankara and Washington have been at odds over the S-400s, which the United States says pose a threat to NATO’s air defense capabilities and may compromise the security of its own F-35 stealth fighter jets. The United States threatened sanctions in response and booted Turkey from the joint strike fighter program in July.

Although CAATSA, a sweeping sanctions law passed in 2017, mandates financial penalties for countries doing business with the Russian military, the Trump administration has held off on imposing sanctions for Turkey's S-400 purchase.

As the crisis in Idlib heated up earlier this year, Turkey asked its NATO allies for help amid the Russian-backed Syrian regime offensive, which left dozens of Turkish soldiers dead and sent hundreds of thousands of civilians fleeing north toward the closed Turkish border.

Ankara, which supports some of the opposition groups fighting Syrian President Bashar al-Assad, requested in February that the United States deploy Patriot batteries along its southern frontier to defend Turkish troops. Cavusoglu reiterated Tuesday his country is ready to buy them if made “a good offer” by the United States — a nonstarter for the Pentagon unless Turkey returns its S-400s.

“We prefer to purchase from our allies. If not, I have to take alternatives,” Cavusoglu said.

What’s next: The S-400s, the first shipment of which arrived in Turkey in July 2019, have not yet been activated. Cavusoglu didn’t say whether the Russian military hardware would be made operational later this month, as expected.

After a summit with his Russian counterpart March 5, Turkish President Recep Tayyip Erdogan said the plan remains for the S-400s to be fully deployed in April.

Know more: Fehim Tastekin takes a look at Turkey’s military deployments in Syria’s Idlib and operations in the country’s northeast. Kadri Gursel has more on how the coronavirus pandemic may impact US-Turkey relations.