Turkish President Recep Tayyip Erdogan reportedly told his US counterpart that Ankara won't soften its stance on the Russian S-400 missile systems despite sanctions imposed by Washington over the purchase. 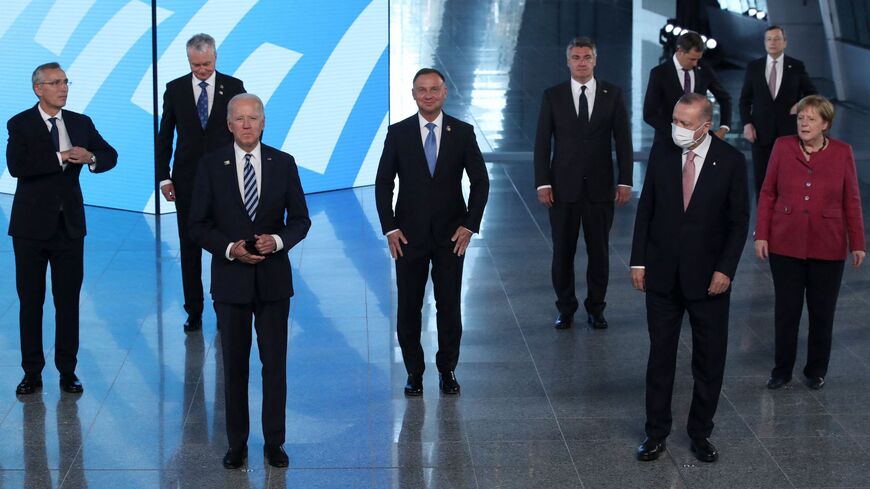 "I told [Biden], don't expect us, as Turkey, to take a different step on either the F-35 or S-400 issue because we did our part on the F-35s and gave the necessary money,” Erdogan said while in the Azerbaijani capital Baku.

“We must monitor developments closely. We will be following up on all our rights,” he said. “In the next period, our foreign ministers, defense ministers and defense industry chairs will be moving this process forward by meeting with their counterparts.”

On the sidelines of the NATO summit in Brussels on Monday, the two presidents held their first face-to-face meetings since Biden took office in January. High on the agenda was Ankara’s multibillion-dollar purchase of the Russian S-400 surface-to-air missile defense systems.

The United States says the systems pose a threat to NATO’s air defense capabilities and may compromise the security of its own F-35 stealth fighter jets. The Trump administration kicked Turkey out of the joint strike fighter program, and in December, imposed limited sanctions over the acquisition under the Countering America’s Adversaries Through Sanctions Act.

The relationship between the two NATO allies is strained over a number of other issues, including Turkey’s activities in the eastern Mediterranean Sea, its military campaign against Syria’s US-backed Kurdish forces and its troubled human rights record.

In a press conference on Monday, Biden described his meeting with Erdogan as “positive and productive.”