Erdogan calls for 'positive steps' with Biden on F-35 program

The Turkish president called Turkey's suspension from the F-35 program a "serious wrong" from a NATO ally. 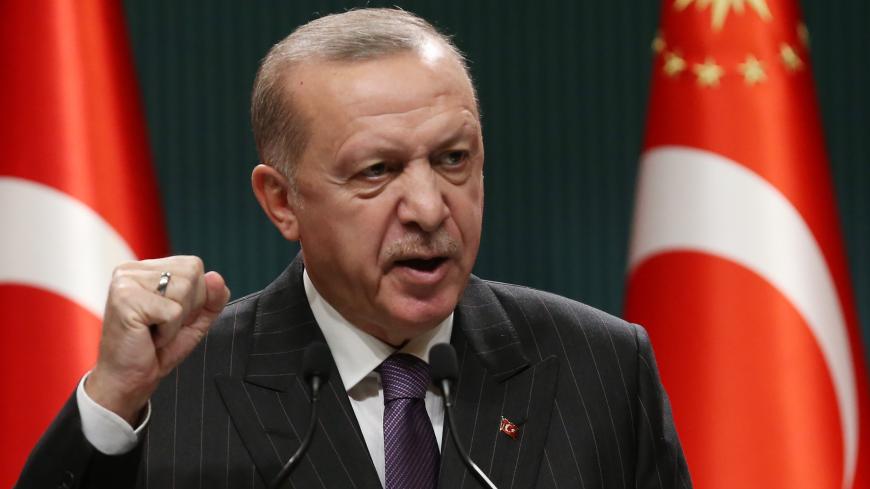 “We don’t know what the Biden administration will say at this stage,” Erdogan told reporters in Istanbul on Friday. “Despite having paid a serious fee on the F-35s, the F-35s still have not been given to us. This is a serious wrong the United States did against us as a NATO ally.”

“My hope is that, after we hold talks with Biden as he takes office, we will take much more positive steps and put these back on track.”

The Trump administration booted Turkey from the Joint Strike Fighter program in July 2019 over its multibillion-dollar purchase of the Russian-made S-400 missile defense system, which the United States says poses a threat to NATO’s air defense capabilities and may compromise the security of its own F-35 stealth fighter jets.

Turkish officials maintain that Russia won’t be able to obtain any sensitive NATO information because the S-400s won’t be integrated into the alliance’s air-and-missile infrastructure. They also say Turkey was forced to buy the controversial systems, which they tested in October, after the United States refused to sell Turkey its own Patriot systems.

Last month, Washington slapped long-awaited sanctions on Turkey under the Countering America’s Adversaries Through Sanctions Act (CAATSA) — the first of their kind against a NATO ally. The sanctions targeted the country’s defense procurement agency and its senior officials, but not Turkey’s financial system.

Turkey condemned the sanctions, and Erdogan said Friday his government is in talks to receive a second consignment of the Russian-made system.

"We take our defense-related steps without seeking permission from elsewhere," Erdogan said. "We won't allow another country to steer our path."

The CAATSA sanctions are the latest wrench in an already thorny US-Turkey relationship. Ties between the NATO allies have worsened in recent years, in part due to Ankara’s military actions against the Syrian Kurds, its Mediterranean Sea dispute with Greece and Cyprus and a US criminal case against a state-owned Turkish bank.

President-elect Joe Biden, who has called Turkey’s president an “autocrat,” is expected to take a harsher stance on US-Turkey relations compared with President Donald Trump's. Middle East Eye reported Thursday that the president-elect has yet to take Erdogan up on his offer for a phone conversation since Biden's election victory in November.