Turkish Defense Minister Hulusi Akar also said he was optimistic that Turkey would return to the F-35 program. 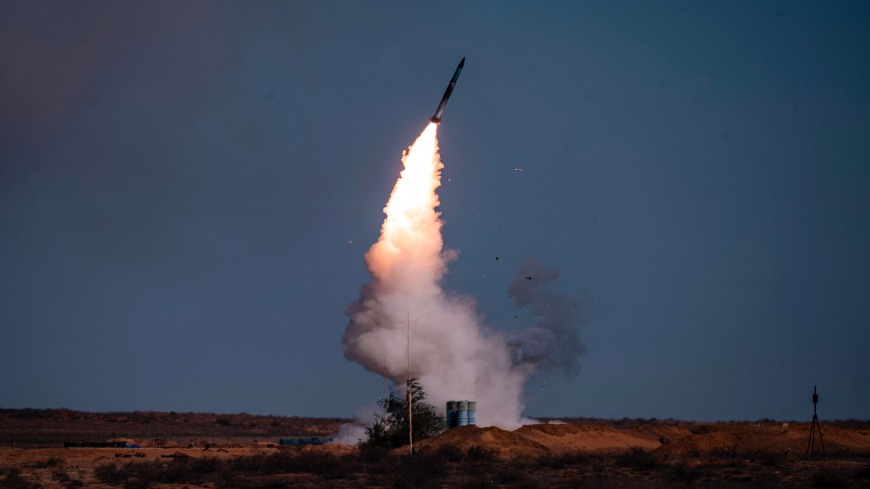 A rocket launches from an S-400 missile system at the Ashuluk military base in southern Russia on Sept. 22, 2020. - DIMITAR DILKOFF/AFP via Getty Images

Turkish Defense Minister Hulusi Akar said his government’s dispute with Washington over Ankara’s purchase of the Russian-made S-400 missile defense system can be resolved through “dialogue” with the incoming administration.

“We are saying let’s not break things up in this way. Let’s sit down and talk and find a solution,” Akar told reporters in Ankara on Wednesday. “If the US side wants a solution, a solution could be found with work on the technical level.”

Responding to pressure from Congress, the Trump administration in December imposed limited sanctions — the first of their kind against a NATO ally — on Turkey over its multibillion-dollar purchase from Moscow. The long-awaited sanctions targeted the country’s defense procurement agency and its senior officials, but not Turkey’s financial system.

“It is a very problematic situation to turn back from the point we have come to. We invite [the United States] to distance themselves from threatening language such as sanctions,” Akar said.

The defense minister added that Turkey was in talks to receive another shipment of S-400 missiles, which the United States says pose a threat to NATO’s air defense capabilities and may compromise the security of its own F-35 stealth fighter jets.

The Trump administration booted Turkey from the Joint Strike Fighter program in July 2019, and Ankara later tested the S-400 systems. Despite the sanctions, Akar told reporters he was hopeful Turkey would return to the F-35 program.

"We want to return to the F-35 program; we are always optimistic. We want this decision to be undone," Akar said.

The sanctions present a challenge for President-elect Joe Biden, who has called Turkey’s president an “autocrat” and is expected to take a harsher stance on US-Turkey relations when he takes office next week. Relations between the NATO allies have worsened in recent years, in part due to Ankara’s military actions against the Syrian Kurds, its Mediterranean Sea dispute with Greece and Cyprus; and a US criminal case against a state-owned Turkish bank.