In an interview with Al-Monitor's Andrew Parasiliti, Hasan Murat Mercan talked the S-400s, tensions in the Eastern Mediterranean and what a US recognition of the Armenian genocide would mean for the relationship. 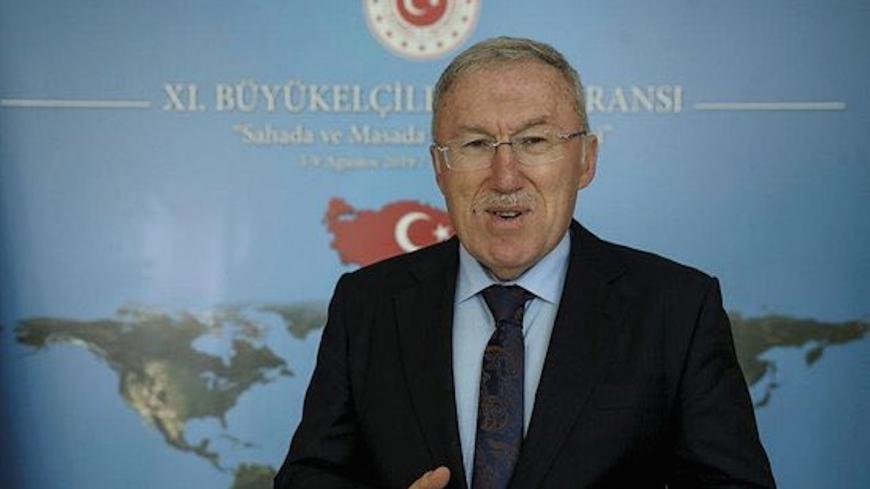 An undated image of Murat Mercan. -

One month into the job, Turkish Ambassador to the United States Hasan Murat Mercan acknowledges the fraught relationship between the two NATO allies but says he’ll look for areas of common ground.

“I know the differences between the two countries. I’m not naive enough to ignore them or to say that there are no differences,” Mercan told Al-Monitor’s Andrew Parasiliti.

“But I prefer to focus on issues which we can create value together without undermining the importance of differences,” said Mercan.

Mercan cited Afghanistan and Syria as possible venues for cooperation, and pointed to President Joe Biden’s pledge to reinvest in transatlantic alliances as grounds for optimism.

The ambassador’s comments come at a low point in US-Turkey ties. Ankara’s standing in Washington has soured over Turkey’s military campaign against Kurdish forces in northeastern Syria, its deteriorating human rights record and an ongoing US court case against a Turkish state-owned bank.

The greatest source of strain has been Turkey’s acquisition of the Russian-made S-400 surface-to-air missile defense system, which the US says poses a threat to NATO’s air defense capabilities and could compromise the security of its own F-35 stealth fighter jets. In December, the Trump administration imposed limited sanctions on Ankara for its multibillion-dollar purchase from Moscow.

Asked if Turkey would deploy the system and whether it’s worth the friction caused with the United States, Mercan said he wouldn't want to speculate.

“If you accept the need of my country’s air defense system, I think we could achieve a better understanding, a mutual understanding on the situation,” Mercan said.

The Biden administration is pressing for stability in the eastern Mediterranean Sea, where last year Turkey deployed a research vessel in search of offshore gas reserves in waters also claimed by Greece. In January, the two neighbors resumed talks aimed at resolving the longrunning maritime dispute.

“East Mediterranean gas is only an economic commodity with the participation of Turkey in the whole picture,” Mercan said. “EastMed gas right now is a resource where everyone can use, and where it can facilitate stability in the region with Turkish involvement. Otherwise it’s economically infeasible, very difficult to accomplish, and we will probably keep talking this issue over the next 10 years, 20 years, 30 years.”

Asked where things stand with Greece, Mercan said the Greek foreign minister “exaggerated” some claims in a recent press conference, but “at the end, we are neighbors.”

“Turkish-Greek relations, you know, obviously there are differences,” Mercan said. “We’ll continue to talk on these differences, but the approach should be goodwill.”

Mercan also said his country could “play a key role in facilitating” dialogue to defuse the conflict in eastern Ukraine, where a buildup of Russian forces along the border in recent weeks has alarmed the West.

“Turkey’s Ukrainian position is well known. We want a united Ukraine,” he said, highlighting his country’s relationship with Russia.

The next month could provide a fresh blow to US-Turkish relations if Biden makes good on his campaign promise to become the first US president to recognize the Armenian genocide. The anniversary of the century-old massacre is April 24.

“This is something I hope will not happen,” Mercan said.