Iran has welcomed the new channel with Switzerland, which will allow the delivery of medicine. But it expects more from Europe in fulfilling its end of the nuclear deal. 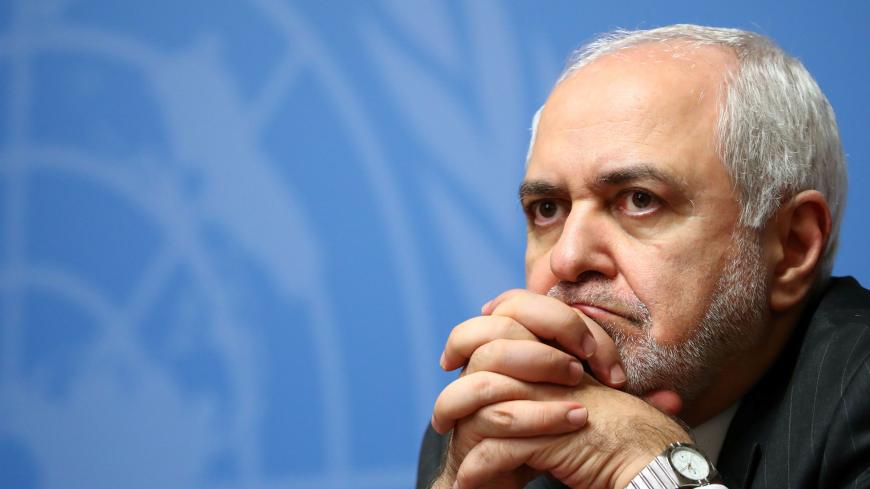 Iran's Foreign Minister Mohammad Javad Zarif attends a news conference a day ahead of the first meeting of the new Syrian Constitutional Committee at the United Nations in Geneva, Switzerland, Oct. 29, 2019. - REUTERS/Denis Balibouse

A new financial channel has opened up between Iran and Switzerland that will permit the sale of humanitarian supplies to the country, which has become increasingly financially isolated due to US sanctions. In a ceremony with camera crews, Switzerland’s Ambassador to Iran Markus Leitner unveiled boxes of medical supplies, which caused a bit of controversy given that the medicine was actually purchased by Iran even though the presentation of the ceremony made it appear as if the medicine was a donation.

Iranian Foreign Minister Mohammad Javad Zarif, however, was not enthusiastic about the announcement and rejected the idea that the alleged US role in permitting the channel to open would lead to a decrease in tensions. “This channel is less than the order of implementation of the International Court of Justice, which told the United States it does not have the right to block the entry of food and medicine into Iran,” Zarif told reporters Feb. 3. “America’s policy is still a policy of pressure on the Iranian people. It is a policy of depriving people of financial resources to purchase food and medicine,” Zarif added.

He continued, “This is a very small step that the government of Switzerland put together, and we are grateful for their efforts. But this is not a sign of America’s good intentions.” Zarif added, “It is not even a sign that the United States has taken the smallest step in the direction of fulfilling its commitments based on the ruling of the International Court of Justice let alone based on the nuclear deal.”

In October 2018, the International Court of Justice ruled that the United States must lift its new sanctions on Iran, which restricted trade in humanitarian goods and civil aviation. The new sanctions were reapplied after President Donald Trump exited the Joint Comprehensive Plan of Action, known as the nuclear deal, between Iran and the five permanent members of the United Nations Security Council plus Germany. The 2015 deal lifted international sanctions on Iran in exchange for the country reducing its nuclear program. The US reapplication of sanctions on Iran — and forcing European countries and companies to also pull out of financial investments in the country and reducing their oil imports — has severely damaged the country’s economy and scared off most international companies from conducting banking transactions with Iran.

According to President Hassan Rouhani’s spokesman Ali Rabiei, the Iran-Switzerland channel is different from INSTEX. He referred to the Iran-Switzerland channel as a “medicine channel.” Rabiei said, “Our expectation from INSTEX was more than this. We see this as a humanitarian effort, but it is certainly not the legal requirements Iran wants from European countries and the obligations to their requirements under the nuclear deal.” Iran so far has remained in the nuclear deal, though it has announced incremental reductions in its nuclear program as a means to pressure Europe to secure financial transactions. “We hope this is the first step by the European countries in showing courage against American bullying,” said Rabiei.