Iranians head to the polls Feb. 21, with Reformists largely sidelined, to elect their 11th parliament since the 1979 Islamic Revolution. 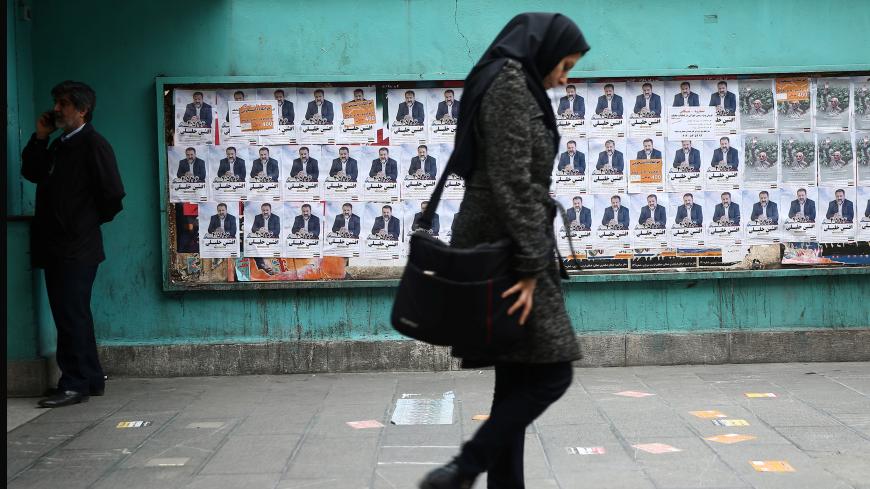 The elections for Iran’s 11th parliament since the 1979 Islamic Revolution will take place Feb. 21, a day when most people do not have to work. With many well-known Reformists barred from running, the vote will ultimately be a contest between conservative and hard-line candidates, both of whom will likely work overtime to undo the policies of moderate President Hassan Rouhani.

Headlining the list of conservatives is former Tehran Mayor Mohammad Bagher Ghalibaf, an Iran-Iraq War veteran, former police chief and former commander of the Islamic Revolutionary Guard Corps (IRGC) air force. Ghalibaf’s 12 years as mayor (2005-17) were mostly without major controversy, with the exception of a real estate scandal in which members of the city council were accused of handing prime real estate to family members at a discount. The scandal quickly disappeared, however, with the arrest of the journalist who broke the story.

Ghalibaf’s long mayoral tenure seems like an oddity theses days given that the city council has appointed five different people to the office since he left it two years ago. Meanwhile, Ghalibaf is now a member of the Expediency Council, the body originally established to resolve differences between parliament and the Guardian Council but today serves more as an early retirement home for out-of-work politicians.

It is no secret that Ghalibaf would like to be the next speaker of the parliament, assuming the position that Ali Larijani has held since 2008. On Feb. 19 in Ghalibaf's last speech before the election, he said, “All elections are important, and we have held 10 different rounds of elections for parliament, but the elections for the 11th parliament have special qualities.” Ghalibaf went on to claim that the people of Iran are “satisfied” when it comes to issues of domestic security, the country's capabilities against foreign enemies and its powers of deterrence but added, “We do not have a passing grade when it comes to the economy.”

Ghalibaf asserted that US sanctions are responsible for 30% of the economic hardship Iranians currently face, and he blamed the other 70% on “mismanagement of the country.” Hinting at the kind of legislation the new parliament would pass to address this, Ghalibaf said, “Eighty percent of our economy is public [government operated or originated], and the public sector is inefficient, corrupting, and has the highest costs with the least benefits.”

It is difficult to ascertain what kind of turnout the elections will ultimately produce, despite all the promises to pass legislation that would help the economy. Voter turnout for legislative elections is typically lower than that for presidential elections, although the former are an important venue for addressing local issues. Government officials, the IRGC and top religious clerics have all issued statements calling for a big turnout, including referring to Iranians having a religious duty to vote. On Feb. 20, Hossein Salami, head of the IRGC, remarked to reporters, “Every vote from the people is the sound of a slap in the face of the enemy that hopes the people do not take part in the elections.”