Campaigning for Iran’s parliament election has officially begun and will last only one week. 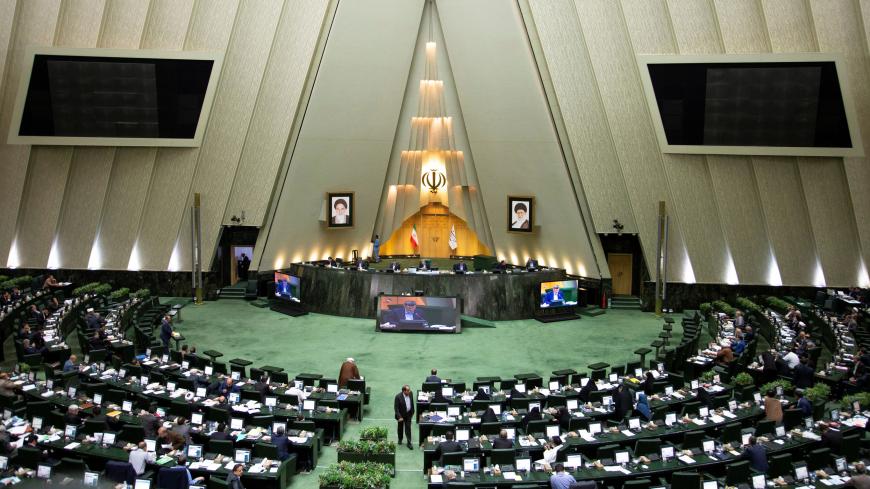 Campaigning for Iran’s 11th parliament officially began today for the Feb. 21 elections. According to Tasnim News Agency, campaigning will last until Feb. 19. The short campaign window and the disqualifications of Reformist and moderate candidates have left the public with many questions as to who is running and under which political faction for the 290-seat assembly.

Over the last few administrations, Iran’s parliament has lost much of its power, often reduced to a stage where partisan issues are debated but rarely resolved. Issues of national importance or national security are sometimes contested but ultimately the parliament votes along the lines and policies set forth by the Supreme National Security Council and the Supreme Leader Ayatollah Ali Khamenei.

Conservative Bultan News reported, “Based on polls, there is no excitement for these elections.” The article suggested the lack of interest may be due to some political factions not presenting their lists. Political groupings under a well known candidate are how many candidates distinguish their political affiliations, as in the Islamic Republic there are no formal political parties. The political alignments can be likened to Tea Party Republicans or Blue Dog Democrats. Bultan did not mention the disqualification of Reformist and moderate candidates.

The Bultan article presented 10 questions on economic policy that will be significant in the 11th parliament. The questions included points on the budget, the banking system, trade policy, housing, energy and pollution. Some of these issues are uniquely local and the candidates, regardless of their affiliations, will need to address these concerns during campaigning. But despite citizens' interest in local issues, especially in the border provinces, campaigns centered on responsible fiscal governance have not historically brought the masses out to vote.

One of the first groups to present a formal list is the Coalition Council of the Revolutionary Forces. Former Tehran Mayor Mohammad Bagher Ghalibaf, who has run for president multiple times, heads the 30-person list for Tehran. Ghalibaf is rumored to be eyeing the speakership. Current speaker Ali Larijani has held the position since 2008 and has faced many conservative attacks for aligning with moderate President Hassan Rouhani.

Saeed Karami, a member of the Coalition Council of the Revolutionary Forces, told Jahan News that one of the most important functions of the future parliament will be budgetary governance. Karami said that a great deal of the current administration’s budget is being spent on public companies and that these companies operate “without any oversight" and "do whatever they want.” Karami also said that high voter turnout is a top priority for his list.

Iran's Guardian Council, which disqualified many candidates, continued to defend the disqualifications to the Iranian press. In an interview Feb. 12, spokesperson Abbas Ali Kadkhodaei said that the Guardian Council has a constitutional mandate and it will continue to perform its function. He added that the law forbids the council from giving the reasons for the disqualifications because “Islamically and ethically, we cannot divulge personal matters,” indirectly suggesting many of the disqualified candidates face legal issues.