How Iranian hard-liners helped Reformists ahead of elections

Hard-liners are finding ways to ban Reformist candidates from elections, but this may play into the Reformists' hands. 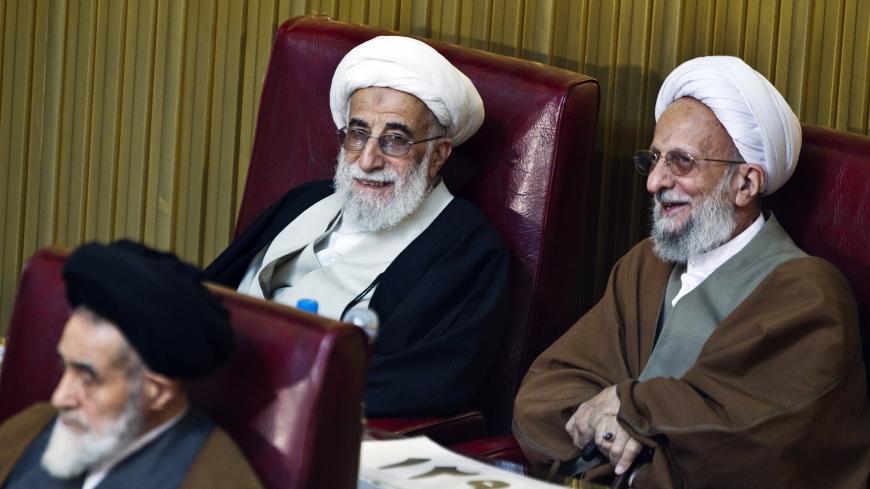 Iran’s Reformists have faced an unprecedented number of their candidates being barred from running in the upcoming parliamentary election. However, this could turn out to be a gift to them from radicals.

The hard-line-dominated Guardian Council, tasked with vetting the candidates, has paved the way for an easy victory of hard-liners in Iran while rejecting the majority of Reformist candidates across the country. The number of Reformist candidates recognized as disqualified by the Guardian Council is to the extent that the election, as President Hassan Rouhani has stated, won’t be competitive.

In this vein, Hassan Rasouli, the chairman of the Reformists’ electoral campaign, said Jan. 24, “The Interior Ministry has announced that out of 290 seats of parliament, there is no competition for 158 seats, and we lack even one [approved] Reformist candidate in many of the provinces.”

Moreover, Morteza Moballegh, a Reformist figure, stated Jan. 21: “Across the country except Tehran, there are only 21 [approved Reformist] candidates.” Adding that the number of Reformist nominees permitted to run in the election in Tehran is less than the “fingers” of two hands.

The Guardian Council’s decision stems from the public losing its hope in the election. In fact, whenever the radicals feel that turnout will be low, which means ordinary people are indifferent to the election results, they get courageous enough to ban as many rivals as possible from running in the election. The radicals have always sought to keep the turnout as low as possible, because that’s a game changer, as every time there is hope for any big change, the majority of people, especially the “gray voters,” who don’t usually cast their ballots, line up at the polling stations to vote for Reform-backed candidates.

During the past several months, the Reformists have been gravely divided, with the majority preferring not to take part in the election, opining that as long as parliamentarians aren't allowed to speak and decide freely and independently, and the parliament doesn’t have its actual power, given that a number of the bills it passed were rejected by the Guardian Council, it wouldn’t be useful to take part in the election and have representatives in the race. This argument originates from the Reformists’ anxiety over losing their base and social capital, which already happened, as the majority of the Reformist lawmakers in parliament ended up siding with hard-liners. The most courageous Reformist parliamentarians and their plans were all obstructed, restricted so that no promises came true. However, they paid a price for their objections and were all banned from running in the upcoming election.

In this regard, a few months ago, Reformist theorist Saeed Hajjarian called for a “conditional participation” of Reformists in the election, arguing that if the number of banned candidates was high, we should leave the race alone.

Meanwhile, a minority in the Reformist camp believe that they must have candidates to hold a “glorious” election. The prominent Executives of Construction Party released a statement ensuring their participation in the election, stating in May 2019, “Contrary to the opinion of some friends in the Reformism movement who believe in a conditional [presence], [we] believe in an unconditional participation in the election.” Although such statements may have been a signal to the Guardian Council to get along with them and approve most of their candidates. A strategy that evidently didn’t pay off.

What shouldn’t be neglected is that inside this minority group, some figures, including Mohammad Reza Aref, were sure of how the Guardian Council would act, but they apparently sought to send a meaningful message to the Islamic Republic establishment through constant statements urging Reformists to take part in the election to preserve their seats in some power centers.

After witnessing the unprecedented disqualifications, the same “minority,” under the name of the Supreme Council of Reformists, warned that “the steps taken [by Guardian Council] will only lead to growing despair and mistrust and deepening the gap between the establishment and the people and increasing corruption and inefficiency of the establishment bodies. This is the biggest threat to the nation's national interest after external threats.” The Supreme Council of Reformists then urged the Guardian Council to review its decision so people can vote for their preferred candidates freely.

Mostafa Kavakebian, a Reformist parliamentarian, said in December 2019 that the Reformists would place all their candidates on a single ticket if the Guardian Council approved 200 candidates. This also didn’t happen, leading to a member of the Supreme Council of Reformists to state that they won't release a ticket, arguing Jan. 24 that “there is no [approved] candidates to be put on a ticket.” Therefore, the Reformists are seemingly moving closer to the implementation of idea of Hajjarian.

Since the majority of Reformists didn’t want to enrage the Islamic Republic establishment, they have sought to not welcome Hajjarian’s proposal formally and collectively. But now, the hard-liners and the establishment have given the Reformists a gift. They are able now to follow the path of their base while presenting the establishment with this argument that “high number of rejected candidates” caused them not to take part in the election. Mostafa Tajzadeh, an outspoken Reformist figure who apparently had predicted such days, said in May 2019: “The [main] principle for the Reformers is to run for the elections unless [the establishment] prevents them from nomination. … If Reformists get disqualified, they will tell people that we have no candidate to vote for, and hold [the establishment] accountable.”

Nonetheless, the Reformists may even make a bold decision beyond Hajjarian’s idea, resorting to an unofficial boycott of the race, which requires them not to invite people to vote. By doing so, they will preserve their hopeless base and fans while having a solid pretext in face of the establishment’s wrath. Although it is also likely that a small number of Reformists, who are also not popular among people and fans, to maintain their presence in the election.