Wary of having lost their political capital amid deepening public disapproval of President Hassan Rouhani’s performance, Iranian Reformists are debating whether and how to participate in coming parliamentary and presidential elections. 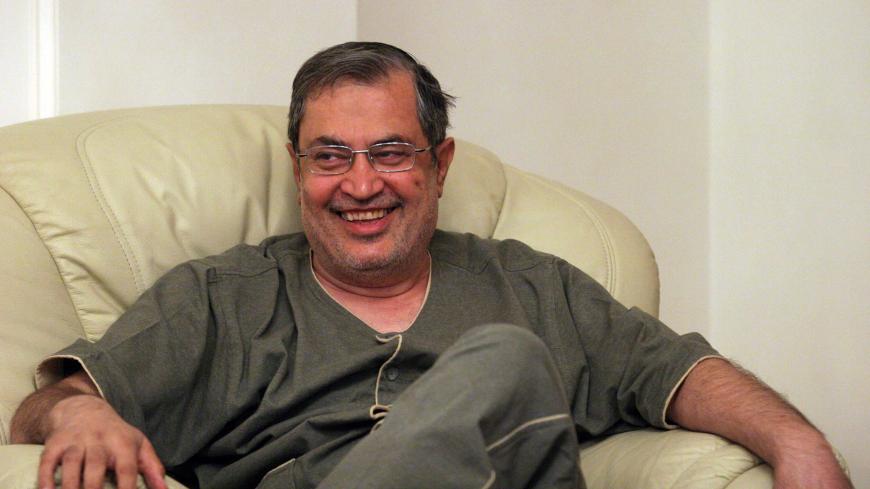 Iran's next elections are to be held in 2020 and 2021, but it has already preoccupied Reformists' minds about whether to participate or boycott the ballot box as they are facing an unprecedented threat of losing their political capital.

Moderate Hassan Rouhani won the 2013 and 2017 presidential elections after forming a coalition with Reformists. As Rouhani's first term ended, he seemed committed to his supporters' ideas and was fighting to fulfill a number of his electoral promises. However, he began his second term as if he had never made a vow to push for the country to open up politically and socially. This has been costly for Rouhani. And the Reformists are also paying a steep price after having used their power and reputation to pave the way for Rouhani's victories in the past two presidential elections.

Now the Reformists are facing the danger of losing their political capital, a peril that has probably put them in their most difficult position ever. As a result, hard-liners are empowered and Reformists are witnessing their supporters, one by one, expressing disappointment over the Reformists' choice.

Also playing a role in the public's despair about the Reformists are the dynamics inside the Reformist camp, the behavior of weary Reformist members of parliament and the corruption of a number of Reformist figures.

Currently, a group of prominent Reformists, alarmed by the danger of the camp losing its political capital, has signaled that Reformists won't participate in the upcoming elections if the Reformists' preferred candidates' aren’t allowed to run by the Guardian Council. This is a strategy similar to one adopted in the 2005 presidential election; however, that boycott turned out badly for the Reformists as populist Mahmoud Ahmadinejad won.

Saeed Hajjarian, a leading Reformist theoretician, said Nov. 18 that the Reformists' participation in the next presidential elections "is dependent on the behavior of the 'decision makers.'” He added, “We should see what the Guardian Council will do [in terms of allowing or barring Reformist candidates from running]."

The Guardian Council — dominated by hard-liners — is tasked with vetting candidates. In the 2016 parliamentary elections, a large number of prominent Reformists were rejected by the council and thus not permitted to register to run. As a result, unknown figures were inevitably put on the Reformists' ticket, and found their way to the parliament since people were vehemently eager to see the change that had been vowed by Reformists. However, a number of the Reformist members of parliament acted cautiously as they feared the Guardian Council would disapprove of them in the next election; this approach has furthered disappointed Reformists' supporters.

Abbas Abdi, a prominent Reformist, said Oct. 17 that he doesn’t think about the next presidential election anymore. He said that if an election is held using the same method of accepting and rejecting candidates, "The Reformists won’t have a representative. I have no doubt about this." He said that under such circumstances, "The effective part of the Reformist current won’t take part in the election."

Meanwhile, the most explicit remarks came from Mohammad Reza Khatami, the younger brother of Reformist leader Mohammad Khatami, who played a key role in Rouhani's victory along with Ayatollah Akbar Hashemi Rafsanjani, who died in January 2017. "We may in 2021 reach the conclusion not to present any candidate," Khatami said Nov. 4.

On the other hand, a group of other notable reformists, including Behzad Nabavi and Mohsen Armin, are speaking in favor of the advantages of taking part in the elections, arguing that gradual reform can still happen through the ballot box.

"For the Reformists, the main issue is about not losing this appropriate opportunity. Even if there is ambiguity about a fair and legal election, we should strive for securing suitable conditions and also holding an election that at least has basic standards," Armin said Dec. 17. He added, "Under the current circumstances, reformism is being targeted by the hard-liners inside [the country] and the foreign-based violence-seeking current." He indicated that society still has "hope about the fruitfulness of the Reformist strategy as the only possible and useful strategy."

Moreover, in an interview with a local daily Dec. 4, Nabavi, who was imprisoned after the disputed 2009 presidential elections, called for Reformists and moderates to once again reach a consensus and form a coalition. "All the moderates of the conservative and Reformist currents should forge an alliance; otherwise, we will lose the 2020 parliamentary elections and 2021 presidential elections to hard-liners, which is worrisome for the country, the nation and the political system."

In sum, it seems that the first group of Reformists, including Hajjarian, are striving to stop the destruction of the camp’s political capital. Their possible strategy is to first restore their reputation and political capital by emerging as an opposition current, and second, to pressure the establishment and the Guardian Council to open the road for Reformists to be able to fulfill their promises to the people.

However, Sadegh Zibakalam, an outspoken professor of political science, believes this strategy is not realistic as the Reformists have tried this in the past, such as when Nabavi resigned in 2004 as a member of parliament against the Guardian Council's performance and the vast rejection of Reformist candidates in the 2004 parliamentary elections.

Mentioning Nabavi's call for participation in the upcoming elections, Zibakalam said Dec. 16, "Realities opened the eyes of many figures. Realities prompt people to turn away from their idealistic [notions] and accept many things." He then explained, "The Reformists didn’t gain anything from [Rouhani's second term] … but they took part in the 2013 and 2017 president elections and voted for Rouhani in order not to go back and not to allow the policies of [the kind pursued by Ahmadinejad] to rule over the country."

It is not clear which of the two groupings within the Reformist current will prevail, but as Reformist Abbas Abdi emphasized, it appears the most influential segment of Reformists will decide not to participate in the next elections if no change appears in the establishment's behavior. Such a decision could be a turning point for Reformists and divide them in two.