Tehran is tossing around accusations of fomenting panic over the coronavirus epidemic as the country's biggest holiday approaches. 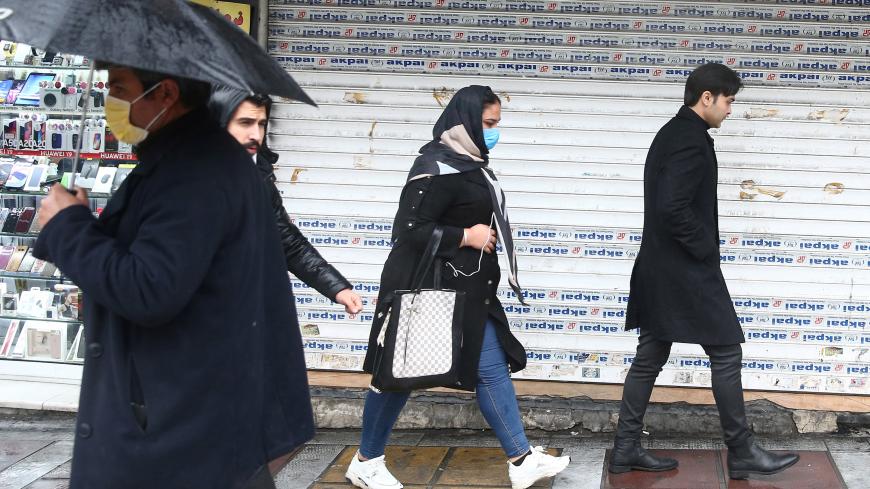 Iranians wear protective masks to prevent contracting the coronavirus as they walk down a street in Tehran, Iran, Feb. 25, 2020. - WANA/Nazanin Tabatabaee via REUTERS

“One of the conspiracies by our enemies is to spread public panic in order to push our country toward lockdown,” Iran’s President Hassan Rouhani told a meeting of the National Committee on Combatting Coronavirus. The body was formed by high-ranking officials in response to the coronavirus epidemic in Iran, which has recorded the highest fatalities outside China, where the disease was identified late last year.

Later at a Feb. 26 cabinet meeting, Rouhani rejected demands for a quarantine on affected cities. “There is no such decision in our plans,” he said, “but people diagnosed with initial symptoms will have to be quarantined.” The Iranian president has already made it clear that he expects normal operations to resume as of the next Iranian week starting on Saturday. “The virus issue should not be allowed to be used as a tool by the enemies to force a halt upon our work, activities and production.” Rouhani noted that the coronavirus committee holds the ultimate authority to decide on extending any closures.

State media outlets reported that at least 24 people had been arrested by Iran’s cyber police for allegedly sowing panic on social media, where a wide range of conflicting tallies continues to be released. In its Feb. 26 statement, Iran’s Health Ministry raised the death toll to 19, with a total of 139 people confirmed to be infected with the disease.

According to the latest global research, the estimated coronavirus fatality rate stands close to 3%. The apparent mismatch in Iran has led to suspicions that hundreds more might be affected. Rouhani assured the nation that coronavirus “statistics will never be manipulated.”

Earlier, US Secretary of State Mike Pompeo accused Tehran of a coronavirus coverup. In response, the secretary of Iran’s Supreme National Security Council, Ali Shamkhani, linked the epidemic to Washington’s "maximum pressure" campaign. The administration of President Donald Trump has been seeking to push Iran’s economy to the edge of collapse and force a renegotiation of the nuclear deal it abandoned in May 2018. “They are planning to use the keyword ‘coronavirus’ in the latest episode of the maximum pressure policy,” Shamkhani tweeted. “Psychological pressure on other countries to close their borders with Iran and leveling baseless accusations of coverup against Tehran are in the new roadmap.”

The coronavirus epidemic in Iran mushroomed less than a month before the country’s most celebrated national holiday, the ancient Persian New Year. In the run-up to the festivities, Iran's markets have been traditionally packed with customers. This year, small businesses had been counting on a year-end boom to make up for a months-long lull as dwindling public purchasing power. The national currency has taken repeated nosedives, mostly blamed on US sanctions. Should the coronavirus panic continue to keep Iranians indoors, these vulnerable businesses' hopes of recovery will quickly fade.