Turkish President Recep Tayyip Erdogan told the parliament yesterday that an operation against Syrian government forces in the rebel-held province of Idlib was “a matter of moments” after talks between Turkish officials and their Russian counterparts in Moscow failed to deliver “the desired result.” 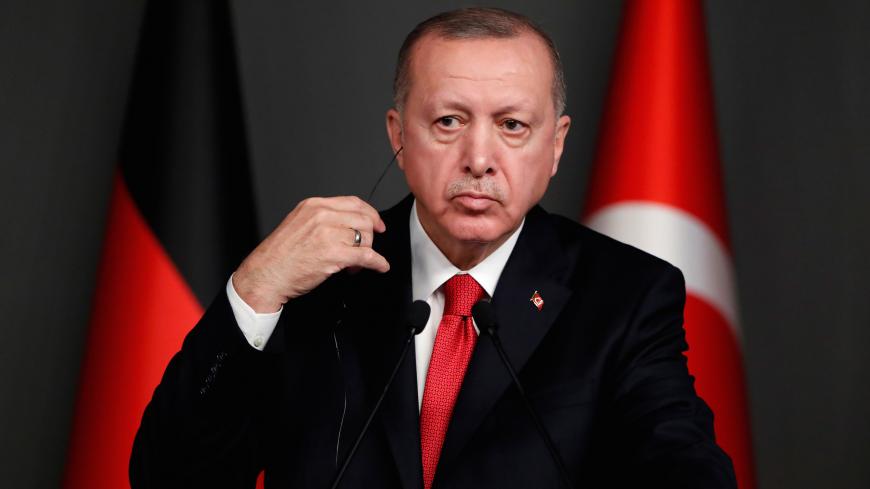 Turkish President Recep Tayyip Erdogan told the parliament Feb. 19 that an operation against Syrian government forces in the rebel-held province of Idlib was “a matter of moments” after talks between Turkish officials and their Russian counterparts in Moscow failed to deliver “the desired result.”

Hours later, Turkey’s ambassador to the UN, Feridun Sinirlioglu, said Turkey would hit all regime positions that “constitute a threat to Turkey” unless they withdrew.

Erdogan has set an end of February deadline for Russian-backed Syrian government forces to pull out of territory they captured in recent weeks. These include the strategic M5 highway linking Aleppo to Damascus and territory surrounding 10 Turkish military observation posts in Idlib.

Should Erdogan act, this would put a big dent in Erdogan’s bromance with Russian President Vladimir Putin. Any repeat of the sanctions Putin slapped on Ankara after it shot down one of his warplanes in 2015 would likely send Turkey’s wobbly economy into another tailspin.

Is Erdogan bluffing?  Until this week, it was widely assumed that he was. His goal was to pressure Moscow into accommodating at least some of his demands. But Russia refuses to budge and the stakes are perilously high. Some 900,000 civilians, according to the UN’s latest count, are massed at the Turkish border. With over 3.5 million Syrian refugees, Turkey can ill afford taking any more. Should Idlib fall, Afrin and the Euphrates Shield zone seen as critical to curbing Kurdish expansion might be next.

Erdogan has a record of doing what he says he will do. Putin has demonstrated how nasty he can get when provoked.

American carrots:  Erdogan’s latest spate of bullishness comes on the heels of his Feb. 15 telephone call with US President Donald Trump. Erdogan claimed today, “We can enjoy all kinds of solidarity with the United States at any moment.” A White House readout of the conversation said Trump had "conveyed the United States's desire to see an end to Russia's support for the Assad government's atrocities and for a political resolution to the Syrian conflict.” But there was no suggestion that the United States would get involved in Idlib. The Pentagon is firmly opposed to the idea.

Well-informed sources who spoke on condition of anonymity said the Trump administration was, however, weighing whether to provide “intelligence and some form of logistical support” for Turkey in Idlib, but declined to elaborate.

Trump’s envoy for Syria engagement, ambassador Jim Jeffrey, however, is known to be agitating for more. He is “egging on Turkey to launch a counterattack,” one of the sources said.

But this flies in the face of Trump’s aversion to “endless wars.” Soon after he took office Trump slashed all funding for rebels.

What’s next?  Erdogan’s current posturing may well be calculated to wrest further concessions from Russia for a freer hand against the Syrian Kurds. The Russians want the Kurds to ditch their alliance with America. Playing hardball via the Turks might just suit their plans too. But then the opposite holds as well: The Russians can, and have, courted the Kurds to squeeze Turkey. “The humane policy would be to negotiate the return of highways to the regime and establish a new [supply] line to reduce humanitarian suffering,” a former Trump administration official told Al-Monitor.

Know more:  Read this week's Takeaway for Andrew Parasiliti's latest take on how Erdogan may yet turn to Putin to end Turkey’s endless war in Syria, and see Fehim Tastekin's piece on the Idlib escalation's potential impact on Syria's Kurds.