US prepares for potential Iranian escalation and Iraq expulsion

The Donald Trump administration is bracing for potential Iranian attacks throughout the Middle East after a Pentagon strike killed the paramilitary leader Qasem Soleimani Jan. 3. 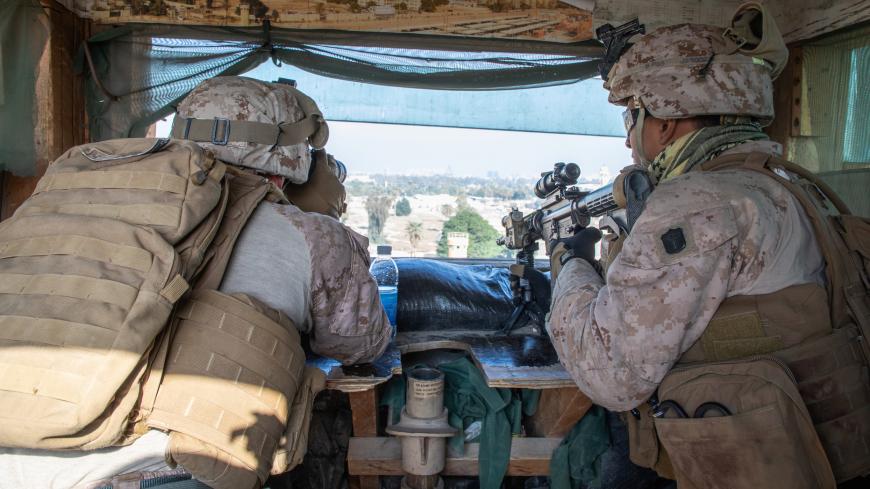 The Donald Trump administration and American partners are bracing for potential Iranian attacks throughout the Middle East after a Pentagon strike killed paramilitary leader Qasem Soleimani on Friday.

Former US officials said the death of Soleimani, who was considered a national hero in Iran after rising from division command during the Iran-Iraq War of the 1980s to commanding Iran’s military and paramilitary groups around Iraq, Syria and Yemen, could compel a range of covert or overt responses.

“This response or [these] responses could happen anywhere,” said Michael Mulroy, who until December served as the Pentagon’s top Middle East official. “Between the IRGC Quds Force and their intelligence service, they have worldwide reach and will likely not exclude American civilians as targets.”

Mulroy, who advocated for the United States to utilize irregular warfare tactics, cyber attacks and information operations to deter Iranian aggression at the Defense Department and now serves as an ABC News analyst, said Soleimani's death will "significantly increase the likelihood" of a vote in Iraq's council of representatives to expel more than 5,000 US forces in the country, which "may lead to more instability and less sovereignty in their country."

The fear that American troops fighting the Islamic State in Iraq could soon be forced to leave was echoed by current US officials who spoke to Al-Monitor after Baghdad released a statement Jan. 3 calling the strike that killed Soleimani a breach of Iraqi sovereignty.

“I cannot imagine us being allowed to stay in Iraq,” a US official told Al-Monitor, adding, “And Iran will definitely look to take action against US targets.”

A senior defense official who spoke anonymously to reporters Jan. 3 would not say if the United States gave Iraq advance warning of the strikes, approved by Trump when Soleimani “arrived at a target of opportunity.”  The US had authority to strike against Soleimani before the action was taken, the official said.

“We think this is going to be a significant disruption to ongoing plotting and planning,” the senior defense official added, to say that a potential Iranian attack staged by Soleimani was imminent and would take place in the Middle East, not against the US homeland.

Mulroy said Soleimani “orchestrated” part of the Iraq insurgency, helped “design and execute” Bashar al-Assad’s crackdown in Syria and provided support in Yemen “that made a humanitarian crisis even worse.”

But others inside the administration did not have confidence that the Pentagon would be able to contain escalation from Iran even after the death of the influential military leader largely credited with building up Tehran’s network of proxy groups in the Middle East.

“I can’t see how Iran doesn’t consider this a declaration of war,” the official, speaking not for attribution, added. The Pentagon OK’d Jan. 3 sending a brigade of 3,500 paratroopers from the 82nd Airborne Division to Kuwait that the agency put on prepare-to-deploy orders after Iran-backed protesters breached the US Embassy in Baghdad earlier this week.

Secretary of State Mike Pompeo — who spent most of Jan. 3 on the phone reassuring American partners and allies unnerved by the strike — as well as other US officials refused to discuss the nature of the threats against American forces and civilians that prompted the drone strikes that took Soleimani’s life.

Though Soleimani’s successor, Ismail Qaani, threatened that the world would “see the dead bodies of Americans all over the Middle East” in retaliation for the Quds Force chief’s death, Pompeo said the United States was “prepared” and had “thought about this a great deal.”

For his part, President Trump said the US did "not seek regime change" despite the strikes and wanted to drive Iran back to the bargaining table, though European allies feared a wider escalation. "We took action last night to stop a war, we did not take action last night to start a war," Trump said on Friday from his Mar-a-Lago estate in Palm Beach, Fl., but warned Iran to stop cultivating military proxies around the region.

But in Iraq, where the Baghdad government is under increasing pressure to expel US troops amid three months of anti-corruption protests that have forced the resignation of Prime Minister Adel Abdul Mahdi, officials worried the Trump administration no longer had control of the situation.