The top Turkish court's decision that the three-year ban on Wikipedia violated freedom of expression should have gone into effect after its official publication made it binding on Wednesday, but the website is still inaccessible in Turkey. 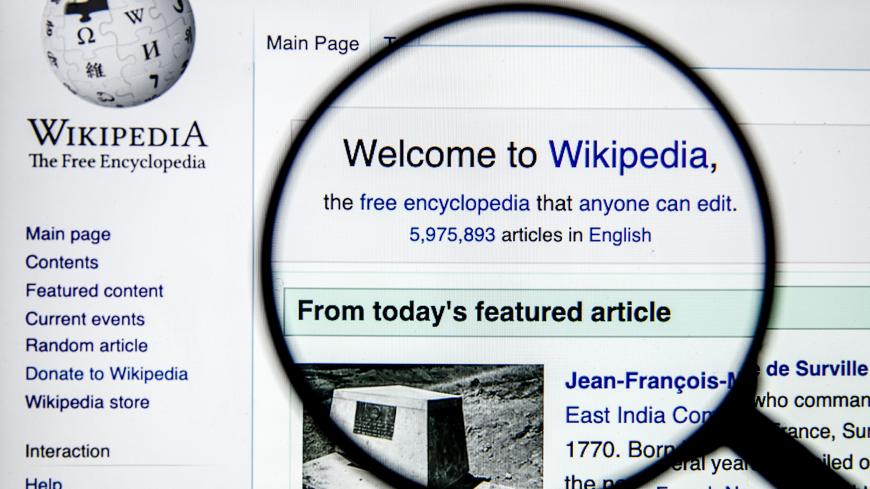 The logo of Wikipedia is seen on a page viewed in Ankara, Turkey, Nov. 30, 2019. - Ali Balikci/Anadolu Agency via Getty Images

ISTANBUL — Turkey appeared ready to lift a nearly three-year ban on Wikipedia on Wednesday after its top court ruled the embargo violated freedom of expression, but internet freedom activists warned it was too soon to celebrate as scores of critical websites remain offline.

The government’s Official Gazette published the details of a Dec. 26 ruling by the Constitutional Court on Wednesday, making the judgment binding. Hours after publication, however, the online encyclopedia remained inaccessible.

The sweeping ban on one of the world’s most visited websites had come to embody President Recep Tayyip Erdogan’s heavy-handed approach to dissent, with opposition parties making access a campaign pledge and social media users pining for its unrivaled reams of free information.

The Wikipedia block is part of a broader pattern of online censorship in Turkey. The Freedom of Expression Association says the government obstructs nearly a quarter of a million sites. Turkey leads the world in requests to Twitter to remove content, submitting more than 6,000 in the first half of last year. Facebook acquiesced to demands by authorities and restricted 2,300 items in 2018.

Wikipedia was penalized for refusing to alter its anti-censorship policies and delete information that displeased the government. The state communications authority cut off access in April 2017, citing national security concerns.

In May 2019 the US-based Wikimedia Foundation, which runs Wikipedia, challenged the ban at the European Court of Human Rights, which agreed to expedite the case. Turkey was due to file its response on Jan. 10.

That deadline may have prompted the Constitutional Court to finally act, said Yaman Akdeniz, a law professor at Bilgi University and one of the plaintiffs who sued against the ban in Turkish courts. He remained concerned that the court’s ruling was not strong enough to preclude similar restrictions in the future.

“Upon reading the details of the ruling, the court appears to have assessed this as a judge’s mistake,” he told Al-Monitor. “We should not forget that this entire process is part of the political will, and that we still don’t have a mechanism to prevent this. Access to Wikipedia could be blocked again on another basis.”

Officials appeared to be dragging their feet even after the court ruling went into effect. The Information and Communication Technologies Authority reportedly said “work was continuing and an official statement would be made” when it was asked why access to Wikipedia had not yet been restored.

In its decision to ban Wikipedia, the government accused the site of acting as a platform for an international “smear campaign against Turkey.” Four articles in particular raised its ire: references to the government’s ties with militants, a description of the Turkish republic’s founder Mustafa Kemal Ataturk as a “benevolent dictator” and the financial dealings of Finance Minister Berat Albayrak, Erdogan’s son-in-law.

Turkey became just the second country, along with China, to fully block the website. Others including France, Germany, Russia, Saudi Arabia and Pakistan have censored parts of the website over the years.

Many users in Turkey found workarounds to access Wikipedia, but it has struggled to maintain its Turkish entries during the long ban. The site has some 339,000 articles in Turkish, compared with almost six million in English, and the foundation has recently run workshops in London to train Turkish speakers to edit Wikipedia.

YouTube and Twitter faced similar blocks in 2014, which the Constitutional Court also struck down on human rights concerns. Those companies are more likely to comply with government directives in order to continue doing business in Turkey, while Wikipedia relies exclusively on donations and is not constrained by such commercial interests. This independence likely led to the long standoff.

Turkey has dramatically curbed free speech since a failed coup attempt in 2016, shuttering newspapers and TV stations and jailing the largest number of journalists in the world.

Many Turks turn to the web for news amid a collapse in confidence in the mainstream media, which is almost entirely controlled by the government or companies close to it. Some 60 million Turks are broadband subscribers.

The internet remains “highly restricted,” Freedom House said in its last Freedom on the Net report, warning of “increased self-censorship, a growing list of blocked news sites and sweeping arrests for criticizing military operations or the president,” many for social media posts.

“This problem is not limited to Wikipedia,” said Akdeniz. “Turkey is in an extremely poor position when it comes to internet censorship and access to information. … Kurdish sites, opposition sites and hundreds of news sites are still barred.”

At least Turks should soon be able to read all about it on Wikipedia.