The Turkish public has reacted with anger to both the Antalya police department's ban on the public consumption of alcohol and a Turkish court's ban on Wikipedia. 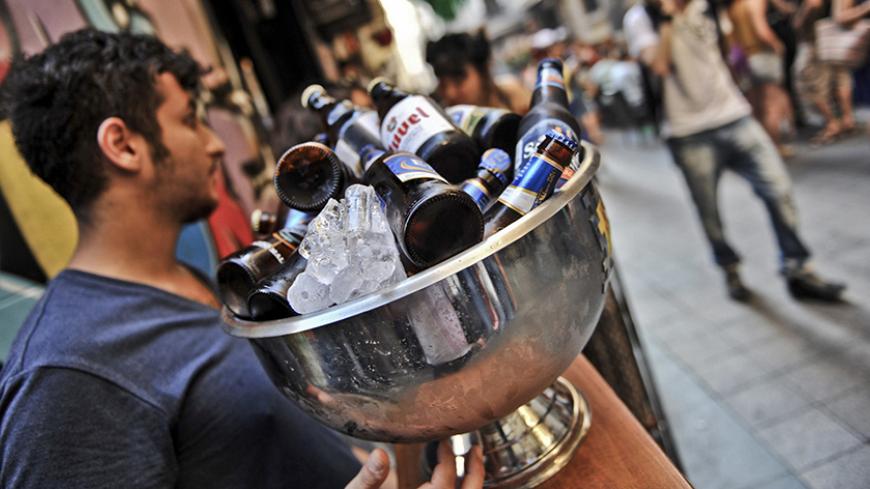 The Antalya police department issued on April 27 a ban on the consumption of alcohol in a "disturbing and open" manner in public and in parked cars. The public and those working in the tourism industry reacted so strongly to the ban that it was reworded, but that did not end the controversy.

Tourism professionals see the ban in the coastal city of Turkey as negatively impacting an already floundering tourism industry, while social media users suggest the ban is aimed at imposing a conservative lifestyle. Stunned by the reaction, the police department removed the decree from its website and replaced it with an updated announcement that omitted the word “ban” and stated that public alcohol consumption was to be “regulated” by the Governorship of Antalya.

The police department asserted that alcohol consumption was not banned in public areas — only "regulated" to prevent the disturbance of the public order. Still, the public was not satisfied with this explanation. The police department and Governorship of Antalya could not provide adequate clarifications to ease the discontent. The debate continues unabated.

Osman Ayik, the board chairman of the Turkish Hoteliers Federation (TUROFED), told Al-Monitor: “We are asked about this ban both on domestic and international levels. The controversies sparked will have a negative impact on the tourism sector.” He added, “Due to the recent diplomatic crisis the with European Union and Russia, the tourism sector recorded significant losses in 2016. Turkey is perceived by the rest of the world as an oppressive and autocratic country. Relevant authorities should give positive messages both to the public and the rest of the world and change this perception. We inform those who ask that this is not a blanket ban on alcohol but is a practice to prevent people disturbing the public order.”

Who is causing disturbances to the public order? Is there some legal basis for the ban? Izzet Ozgenc, a professor of criminal law at Gazi University, told Al-Monitor, “Neither the police department nor the governorship can impose such bans legally. This ban is not feasible or practical.”

Another expert on criminal law, Sinan Kocaoglu, said, “The governorship and police department take actions as if they are the guardians of the public order, but they impose their own concepts of public order and a specific lifestyle to the society.” He added, “Making arbitrary rules to regulate general social life to prevent a few possible incidents is legally wrong. The governorship and police department are causing confusion, which is an indication of significant malfunction within the system of government in Turkey.”

An irate tour operator in Antalya who spoke not for attribution said: “This nonsensical rule was imposed by some illiterate, ignorant bureaucrats who are not aware of the environment they live in. The bulk of tourists coming to Antalya are Russians and Germans. Now imagine the Russians without their vodka and the Germans having to drink their beer secretly.”

A Turkish court issued a decision on April 29 to block access to Wikipedia. The Information and Communication Technologies Authority (ICTA) announced that access to Wikipedia was blocked over content that suggests Turkey cooperates with terrorist organizations like the Islamic State. The ICTA stated they are in touch with Wikipedia to remove the false content. Wikipedia co-founder Jimmy Wales said on April 29 via Twitter: “Access to information is a fundamental human right. Turkish people, I will always stand with you to fight for this right.” Many Turkish social media users said the Wikipedia ban is an irrefutable indication of the Turkish government's autocratic and oppressive mindset.

Republican People’s Party (CHP) deputy Erdal Aksunger told Al-Monitor: “Wikipedia is an online encyclopedia, an information source. It cannot be argued that it is supported by terrorist organizations. If the government’s mindset and approach to the right to internet and information access is blocking it to restrict ‘undesirable’ contents, they should block all sites, including Google itself. Unfortunately, restrictions on basic human rights can be easily imposed here in Turkey.”