The alcohol ban admitted by Prime Minister Recep Tayyip Erdogan to be religiously motivated is a negative response to the question, "Is moderate political Islam compatible with democracy?” 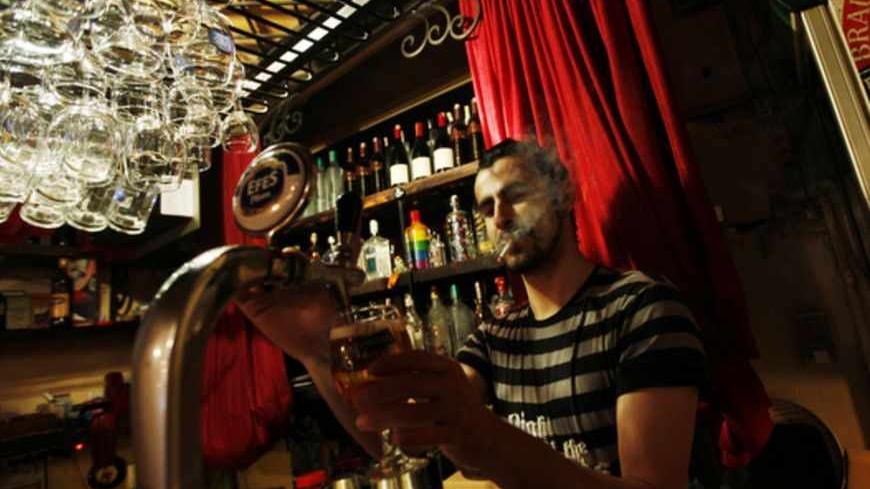 Just before the parliament voted on May 24 for the bill that would introduce serious restrictions on the sale, marketing and consumption of alcoholic beverages in Turkey, neo-Islamist Justice and Development Party (AKP) members added a clause that would also ban the retail sale of alcoholic drinks from shops between 10 p.m. and 6 in the morning.

If the bill is signed by President Abdullah Gul and becomes  law, which is likely in the absence of any indication to the contrary, alcoholic drinks would be able to be sold only in Turkish bars and restaurants after 10 p.m. My first Al-Monitor article, May 23, on the subject was titled “AKP's Jihad Against Alcohol: Two Steps Forward, One Step Back.”

The ruling party's members of parliament had already taken a step back and diluted the extremely rigid clauses of the original bill that required the outdoor spaces of alcohol-serving establishments to not be visible to the public. The bill did, however, take the power to issue alcohol licenses from local administrations and gave it to the central authority.

By introducing a ban on nighttime sales, they compensated for the back step and even went further. In my first article, I said that the alcohol restriction couldn’t be based on the public-health concerns of combating the alcoholism we don’t have in Turkey, or of protecting youth from alcohol addiction. My findings were based on Organization for Economic Co-operation and Development (OECD) figures of per capita alcohol consumption.

The AKP government and their media defend the restrictions, saying that similar measures are in place in some democratic and secular European countries. It is not hard to show the invalidity of this argument. According to OECD data, per capita annual consumption of pure alcohol for the above-15 age group is 1.5 liters in Turkey. Let’s calculate this in beer terms: 1.5 liters of pure alcohol means 30 liters of beer with 5% alcohol content. That means 90 cans a year.

It has almost always been this way. Alcoholic-beverage consumption peaked in 1976-1979. To what? All of 2 liters per capita per year.

It may be understandable for some of these countries to adopt rigid measures to protect public health and to combat alcohol dependency, but we have to see other motives behind the restrictions in Turkey.

In Turkey, we are confronted with an ideologically motivated, extremely conservative and oppressive social engineering that is a part of the Islamic agenda of the AKP government. This project has no democratic legitimacy because it is in clear violation of Turkish rights and freedoms.

Another proof of this mindset is what Prime Minister Recep Tayyip Erdogan said to his party caucus at the parliament on May 28, when he reacted to those who claimed that alcohol bans are related to the Islamic agenda. He said, "No matter what religion it is, religion stipulates not the wrong but the right. If that is an appropriate stipulation, are you going to oppose [this] on the grounds it is religion-based? For you, a law prepared by two drunkards can be valid, but how come our convictions becomes something to be rejected?”

Erdogan, therefore, has openly declared that the alcohol ban is a religious requirement, and that he wants to reshape public life according to religious strictures. He went further and openly called "anti-religious” anyone who opposes alcohol bans on the basis of personal rights and freedoms.

The relief felt by those who heard Erdogan say in the same speech, “The arrangements made are not interference in anybody’s way of life,” did not last long because Erdogan immediately added, "If you want to drink, take your alcoholic drink and drink it at home. Drink whatever you want to drink. We are not against that."

With these words, the Turkish prime minister has told a significant segment of the population, “Don’t pursue your way of life in public spaces.” This in itself is a grave example of social pressure that goes far beyond the substance and context of existing alcohol legislation.

Finally, with this alcohol restriction, the AKP government, not through public pressure but by enacting laws, has sadly provided a negative response to the question that has been waiting for an answer for the past 10  years: Is moderate Islam compatible with democracy? We have consequently reached a historical breaking point.

The authoritarian drive in Turkey had already prompted a very negative response to this question on Islam. But the alcohol ban that constitutes a religion-motivated assault on rights and freedoms did serve a useful function by revealing the reality that moderate Islam is not compatible with democracy.

The AKP attitude on the alcohol ban and the position adopted by Erdogan in its aftermath are fundamentally in contradiction with the secularism that is indispensable to peaceful and harmonious existence in a culturally heterogeneous country such as Turkey, and therefore an integral part of democracy.

Professor Atilla Yayla, one the most prominent defenders of liberal thought in Turkey, wrote in Taraf May 28 why the alcohol ban is critical for Muslim Turkey: "Alcohol is a basic test of freedoms that should given to religious conservatives, and whether we like it or not is a symbol of existence of freedom in Muslim countries. The freedom-drink linkage is this: Freedom is a person’s right to choose between the option of drinking or not. Forcing someone not drinking to drink is a violation of freedom, just as it is a violation to stop someone who wants to drink. In a country of freedoms, alcohol consumption can be regulated for secular reasons but not for religious pretexts, and such regulating cannot reach the point of the outright banning of drinking.”

As can be seen, ”moderate political Islam” in a country like Turkey that totally lacks checks-and-balances mechanisms and where there is no questioning by an effective opposition and free media is bound to eventually end up as a "moderate sharia order."

This is what the Turkish experience is teaching the world.