The AKP’s draft law of aggressive alcohol restrictions aims not only to engineer an Islamic society but to prevent possible losses in its conservative electoral base. 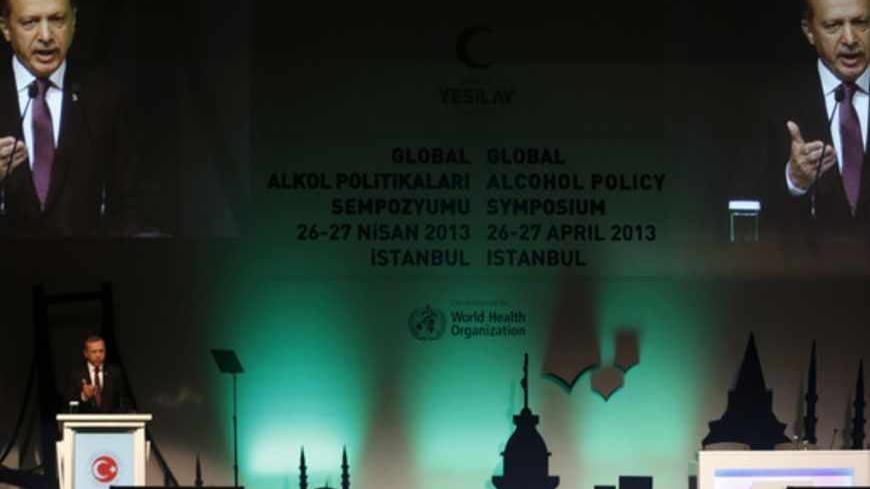 Some in Turkey have always rejected criticism that the ruling Justice and Development Party (AKP) is seeking to produce a more religiously conservative society. They argue that Islam has only become more visible in the public sphere in line with sociocultural changes in Turkey. Their argument goes like this: Islam was oppressed under the old Kemalist, secularist regime; now that the AKP rule undid that Jacobin regime and ended the oppression, the Islamic character of Turkish society has simply become more visible in daily life.

Fine. But is the higher profile of Islam the only outcome of the changes in Turkey? I wish it was. If that were the case, there would have been no reason to worry about the protection and improvement of individual rights and freedoms. On the contrary, those who argue that political Islam is compatible with democracy would have probably been happy that Islam’s higher profile in terms of lifestyle has shown an ability to coexist peacefully with all other lifestyles, regardless of whether its adherents are the minority or majority.

But Islam is not the only aspect that should be observed and monitored in the dilemma of visibility/invisibility. One should also see whether or not any individual rights and freedoms are under threat of becoming virtually invisible while Islamic practices become more visible. And they are.

In the past several years the AKP government has been waging a systematic, expansive and multifaceted campaign to curb alcohol consumption in the public realm, make it virtually invisible and illegitimate, discourage alcohol production by reducing it to an unprofitable business and restrict alcohol sales as much as possible.

Prime Minister Recep Tayyip Erdogan has been the spearhead and leader of the campaign.

Not surprisingly, the arguments of senior AKP officials, especially Erdogan, in defense of the campaign refer not to heeding Islam’s prohibition of alcohol but to Article 58 of the Turkish Constitution which entitles the state “to take measures to protect the youth from alcohol addiction.” This position aims to convince Turkey and the world that they have no Islamist agenda.

The statistics, however, fail to confirm the AKP government’s zeal in allegedly heeding the Constitution. According to OECD figures, the annual alcohol consumption per capita in Turkey is only 1.5 liters (0.4 gallon) for people over 15 — the lowest average by far among OECD countries. The average of the 27-member EU is 10.7 liters.

Alcoholism is not a social problem in Turkey. There is no convincing indication either that it will become so unless strict measures are taken.

Yet, the enforcement of strict legal measures is a major element in the AKP’s persistent campaign against alcohol.

Recently there has been a fresh move in this area that should not be overlooked. The move is in the style of “two steps forward, one step back.” Let’s see how.

On May 10, the AKP submitted to parliament a draft law that contained extremely stringent provisions to restrict alcohol sales and consumption.

One of the three most controversial provisions in the draft called for transferring the authority to license alcohol-sellers from elected local administrations to government-appointed governors and sub-governors. This amounted to handing over the authority on alcohol sales directly to the central government, whose attitude on the issue is already obvious.

The second-most controversial provision required that the sale of alcohol not be seen from the outside of the establishment. In practice that would have meant that the open-air sections of all alcohol-serving fish restaurants on the Bosphorus, for instance,  would have to be fenced in so that they could not be seen from outside.

The ensuing reactions led to the abolition of those two articles during debates at parliament’s Planning and Budget Commission.

The third-most controversial provision called for banning the sale and serving of alcohol at all commercial establishments located within a distance of 100 meters (328 feet) of schools, private prep schools and classes, and houses of worship, including establishments with a “tourism promotion license.”

The AKP appeared to have taken two steps forward to outlaw booze and then moved a step back in the face of reactions.

It was perhaps the original intention of the authors of the draft to only take one step forward at present — a political tactic in which one pretends to be taking two steps forward and then moves one step back to cajole those who feel threatened into acquiescing to the other step. But that “one step” is a very big one.

The draft was finally passed from the commission on May 22 and sent to parliament’s general assembly. Here are some of the restrictions it envisages:

Those prohibitions are the AKP government’s tools of social engineering for a conservative Islamic society.

As a result of widespread public pressure in recent years, the predominantly conservative towns in Anatolia are already purged of alcohol. It is obvious that Istanbul, Ankara and the coastal regions at the Aegean and Mediterranean, where liberal and secular lifestyles prevail, are the next target.

Had the government really aimed to protect society and youth from the harm of alcohol, it would not have felt the need to pursue such an aggressive and excessive policy against alcohol consumption, a social side element of secular lifestyle, at the expense of humiliating and restricting the rights of one segment of society.

The timing of this tough attitude is also interesting. Why really is the AKP in a rush about alcohol bans? Why the hurry?

Three elections are looming in 2014: local elections in March, then presidential polls in September and perhaps a constitutional referendum afterward.

The efforts for a new constitution are deadlocked. The Kurdish Peace and Democracy Party (BDP) has refused to back Erdogan’s plans for a presidential system. The constitutional referendum, planned for the autumn, is thus postponed to a later date.

The AKP’s strategy is not aimed at social engineering alone. The Islam-inspired alcohol bans aim to consolidate the party’s electoral base by winning back the nationalist/conservative voters who will be lost to the peace process with the PKK.