Many Turks are finding ways around the new restrictions on the sale of alcohol. 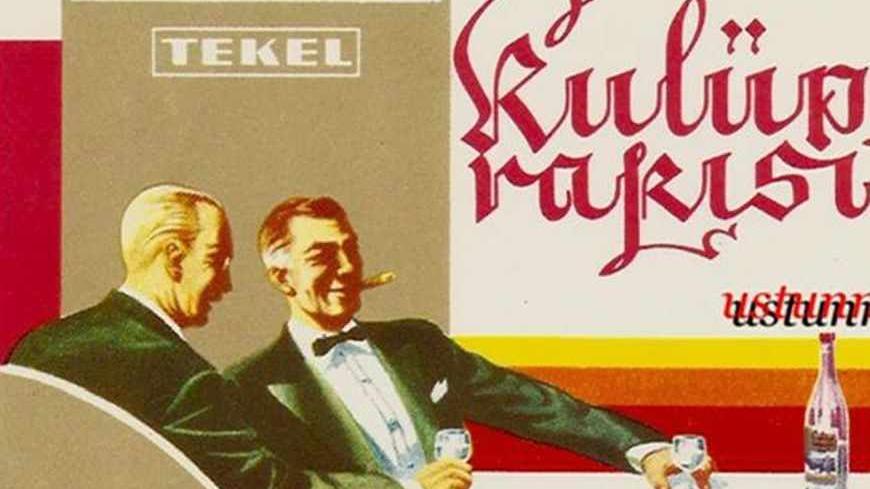 Burak B. checks out his watch obsessively minutes before it hits 10 p.m. “The long night is about to start,” he says as he puts his helmet on in Istanbul’s Kadikoy district, where the latest anti-government protests erupted last week.

Formerly working as a day-time pizza delivery guy with his own motorcycle, Burak B. is now in the ranks of an underground economy that has just begun to flourish.

When off-license liquor stores were banned from selling alcoholic drinks after 10 p.m. on Sept. 9, many restaurants and bars took it as an opportunity to use couriers late at night to deliver drinks to the homes of their reliable customers. 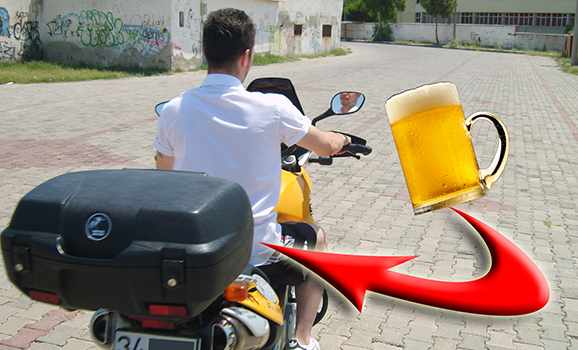 According to Burak B., there are already scores of "booze couriers" like him in Istanbul. A liquor store owner argues that the number of such couriers is even larger in tourist resorts, like Antalya.

A bottle of beer, which could be bought for 4.1 liras ($2) from a liquor store before 10 p.m., costs 12 Turkish liras ($6) when delivered by Burak B. last Saturday night. The price of some imported spirits has three digits and is likely to rise because of increasing demand.

“One customer told me that his late-night drink started to taste better after it was banned,” Burak B. added while he loaded a six-pack of beer in the top case box trunk of his motorcycle.

The public debate over attempts to curb alcohol consumption in Turkey is centuries old.

Chroniclers recorded that Alp Arslan, the Sultan of the Seljuq Empire who opened the gates of Anatolia to the Turks with his victory over the Byzantines at Manzikert in 1071 A.D., once tried to kill the governor of Aleppo when he was drunk. Later in history, many Ottoman sultans would drink in differing quantities, some very heavily. Selim II, whose nickname was "the Sot," was said to have conquered Cyprus in 1571 mainly because the Cypriot vintage was his favorite wine.

Some other sultans, like Selim II's son Murad III, banned the consumption of alcohol. Especially after the golden age of the empire, during the rules of the pious Ahmed I and the carouser Murad IV, the number of edicts to ban alcohol increased. After the late 17th century, the state was in a perpetual financial crisis and had to liberalize alcohol consumption to tax it, but the added revenue was not enough to avoid the collapse of the empire in 1922.

Turkey's alcohol debate didn't end with the Ottomans, though. Mustafa Kemal Ataturk, the founder of the Republic of Turkey, was a social drinker. Almost every night he would drink raki, the traditional Turkish spirit, while discussing politics with select guests.

Although Ataturk didn’t adopt a ban on alcohol, as a secular revolutionist, he also tried his hand in social engineering by restricting personal freedom through banning Ottoman/Islamic attire. For decades, the Turkish Islamists would criticize Ataturk’s drinking habit in tandem with such radical “reforms.” In the 1930s, Ataturk’s Turkey even created its own raki brand, “Kulup Raki.” Its logo, which was designed by Ihap Hulusi, the pioneer of the advertising business in Turkey, features two men who resemble Ataturk and his successor, Ismet Inonu, at first glance.

This history might tell us about why the socio-political debate around alcohol consumption was rekindled when Turkey’s current Prime Minister Recep Tayyip Erdogan referred to “two drunkards” anonymously.

While addressing his Islam-inspired Justice and Development Party (AKP) in the parliament on May 28, Erdogan explained AKP’s goals for the year 2071, the millennial anniversary of Alp Arslan’s victory at Manzikert! Then, he defended the bill which would restrict the sales and consumption of alcohol. “Given that a law made by two drunkards is respected, why should a law that is commanded by religion be rejected by your side?” Erdogan asked his critics.

For the main opposition, the Republican People's Party (CHP), it was clear that the prime minister meant Ataturk and Inonu.

Just as Erdogan did last May, the members of AKP insist that the new restrictions which took effect Sept. 9 neither constitute a ban nor violate personal freedoms. Defending themselves by arguing that the European Union practices similar restrictions, the AKP keeps emphasizing that “protecting the youth” is their constitutional duty. However, many critics argue that the AKP’s war on alcohol is more of an ideological drive.

According to the Global Status Report on Alcohol and Health 2011, the most recent publication of the World Health Organization (WHO), alcohol consumption is not on the rise in Turkey, nor is alcoholism a problem in the country.

The 2011 report by the WHO shows that the Turks consume a tiny amount of alcohol compared to their neighbors and the region. (Courtesy WHO)

KONDA, one of the most reliable public opinion research and consultancy company in Turkey, confirms that “alcohol is not a problem here.” The research that they published in February 2011 showed that only 6.9% of Turks (3.6 million people) drink more than one glass a month. More surprisingly, 9% of “the devoutly religious people,” 11% of “the religious people” and 41% of “the believers” (theists) drink, too.

“I think that today’s debate cannot be considered as an innocent public health issue,” KONDA’s Executive Director Bekir Agirdir concluded in an interview for Milliyet daily in May 2013.

AKP’s anti-alcohol rhetoric has always been present, but it was cemented by policy implementations when its democratization program, as well as its orientation toward the EU, came to a halt.

In 2010, the online sale of alcoholic drinks was outlawed. In 2012, several governorates formally banned alcohol consumption in public places. The same year, alcohol was kicked out of passenger trains, university festivals and newspaper ads. On May 2013, Erdogan finalized his policy by saying that “you’re free to drink alcohol at your home. We’re not against that one.”

“If my prime minister orders, I have to obey,”  Burak B. giggles before leaving for a house to deliver the first booze of the night.

"Please order your alcoholic drinks before 10 p.m. After 10 p.m., you can order only ayran," an SMS ad from a restaurant reads, sarcastically referring to the Erdogan-endorsed non-alcoholic Turkish drink. Legal experts say that the order time is not relevant, as delivering alcoholic drinks by courier constitutes a crime anyway. (Photo: Emre Kizilkaya)

But will these bans change Turkey fundamentally?

During the Ottoman prohibition, the Turks were always finding innovative ways to circumvent the ban, even in the face of the threat of capital punishment. For instance, raki was popularized in 18th century Turkey in spite of the bans because it was colorless when dry, hence easy to hide and drink secretly. The expression, "the Ottoman ban lasts only three days," became a proverb around these times, because the implementation of such policies could never be long-lasting.

While the top-down political attempts to suppress alcohol consumption evolve historically, so does the bottom-up social resistance as embodied in Burak B.’s business today.

This is the historical paradox of Turkey. After all, Zekeriyazade Yahya Efendi once wrote the following verses when he was the "Shaykh al-Islam" for Sultan Murad IV:

“Leave alone the hypocrites in the mosque, let them be!

"Come to the barroom, here, there is no hypocrisy!”

Emre Kizilkaya, an Istanbul-based journalist, is the vice president of the Turkish National Committee of the Vienna-based International Press Institute. On Twitter: @ekizilkaya