How an ultra-secularist gained clout in Turkey's Islamist government

Dogu Perincek, said to be a pillar of Turkish President Recep Tayyip Erdogan's recent anti-West policies, has had a long history of controversial alliances and ideologies. 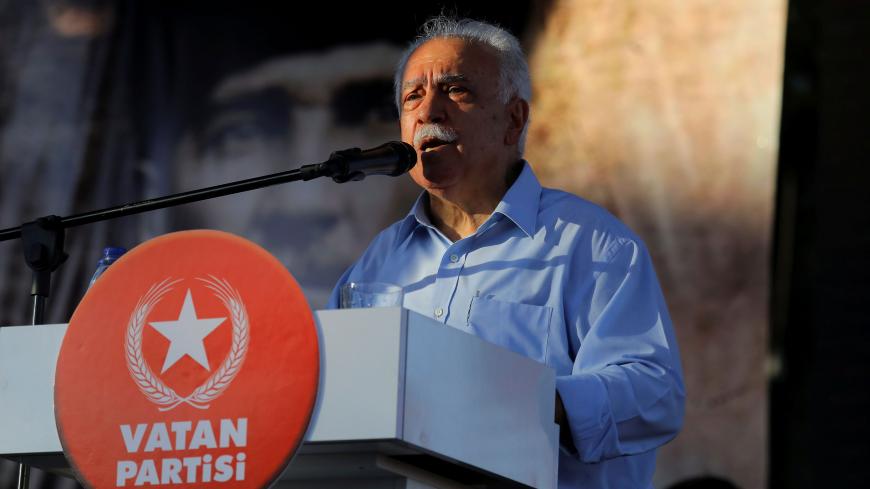 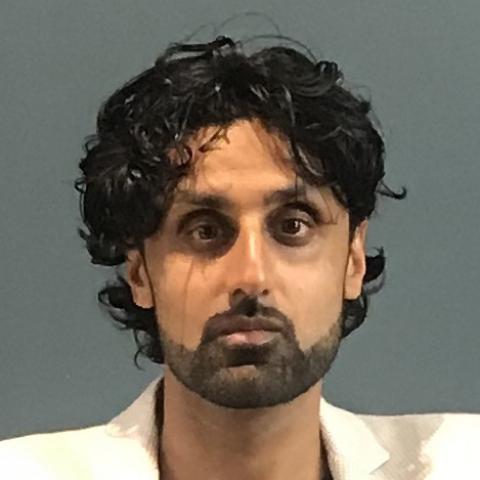 Ahmet S. Yayla, a counterterrorism police sergeant, had a surprising encounter when he arrested a suspected terrorist with ties to the outlawed Kurdistan Workers Party (PKK) in 1998.

“No one I’ve gone to arrest has ever shown me such respect," Yayla said. "He was respectable and warm. He was prepared.” Yayla said most terror suspects aggressively resist arrest and deny wrongdoing. But the man he arrested admitted ownership of criminal materials and behaved calmly, at least until he was outside his house. “His attitude changed when he saw the media and his supporters outside. He started acting like a classic rebellious terrorist,” he said. Ahmet Yayla is now living in the United States and has had his Turkish passport revoked on suspicion of being connected to the Gulenist network which the Turkish government believes was behind the July 2016 coup attempt. The Gulenists have been hostile toward ultra-secularists in Turkey.

The man arrested and imprisoned was Dogu Perincek, a long-time leader of Turkey's ultra-secularists and the founder and leader of Turkey’s ultranationalist Patriotic Party, or Vatan Party. Today, even though his party doesn't have a single seat in parliament and won only 0.2% of the vote in the 2018 election, Perincek wields significant influence over Turkey’s foreign policy, and is responsible not only for Turkey strengthening ties with Russia and China but also re-embedding an ideology within Turkey’s establishment that advocates severing relations with the United States and EU. This ideology, known as Eurasianism, promotes the view that Turkey should distance itself from the West and NATO and act independently from the Western bloc by aligning with the Russia and China axis.

In Turkey, Eurasianism claims that Western powers are trying to divide Turkey through their support of Kurdish separatism, whereas Russia and China are better allies that provide “equal and mutually beneficial cooperation,” Perincek told Al-Monitor.

Manifestations of this philosophy include Turkish cooperation with Russia on Syria and Libya; the purchase of the Russian made S-400 defense system; the TurkStream pipeline; and President Recep Tayyip Erdogan’s reluctance to criticize China’s suppression of Uighur Muslims, all the while threatening to shut down the Incirlik NATO air base and respond in kind to the threat of US sanctions.

“Supporters of American politics should be worried,” Perincek said.

Another strange moment in Turkish politics took place in March 2014, when Perincek was released from prison after serving only six years of a life sentence for his alleged involvement in a plot, known as Ergenekon, to overthrow Erdogan. Perincek believes they were behind his imprisonment in 2008. About Yayla, Perincek told Al-Monitor: "He fled to the United States and from there he is serving as a psychological operative."

After his release, however, Perincek began cooperating with Erdogan’s government. Asked about his role in Turkish politics today, the man dubbed the “shadow defense minister,” oddly referring to himself in the third person, said, “After 2014 he has especially been in the position that determines the orientation of Turkey's security and foreign policy.”

Perincek was born in Turkey’s southeastern border province of Gaziantep in 1942. He studied law at Ankara University and has a doctoral degree in the same field. Throughout his education, he was a leftist activist. He became president of what would come to be called the Revolutionary Youth Federation of Turkey, a Marxist organization with offshoots responsible for deadly terrorist attacks, including the murder of three NATO employees in 1972.

His leftist anti-Western organizations and political parties have operated under various names. For example, in 1992 he formed the Workers’ Party, which was rebranded the Patriotic Party in 2015. He continues to lead this party with the aim of uniting “nationalists, populists and socialists.”

His alliances have changed almost as much as his organizations’ names.

“For years, Perincek was close to the PKK, but now he uses fears of Kurdish separatism to win the support of leftist nationalists and Kemalists," said Ahmet S. Yayla, now director of the Center for Homeland Security at DeSales University. "His party realized their alignment with the PKK was harming them politically so they changed course, not because ideologically they aren’t in sync with the PKK. Rather, they changed course to get more political and ideological support from Kemalists.”

Regardless of his changing alliances domestically, one thing has remained stable: his connections with Russia and China, dating back to the Cold War.

The Patriotic Party has had relationships with the Chinese Communist Party, based on mutual trust, since the early 1970s. "Our relations with the administration of the Russian state, which started particularly in the 2000s on the basis of the Eurasian strategy, are developing in a healthy way,” Perincek said.

His relationship with Russia is aided by controversial Russian philosopher Alexander Dugin, who is believed to be close to the Kremlin.

“We have a friendship with Mr. Alexander Dugin that has passed tests," he said. "Russian patriotism and Turkish patriotism meet in the Eurasian cause. In our meetings with my dear friend Dugin, we exchange very productive views on the course of the world and West Asia.”

During the Cold War, Perincek recruited many military students to his ideological cause. Many of those students went on to become high-ranking generals. His influence in the military has also provided him influence in many other areas.

“He was very powerful inside the judiciary and in the past in the Ministry of Foreign Affairs," Yayla said. "He has been able to infiltrate into the most important parts of the Turkish republic.”

This may explain the discrepancy between his behavior in and outside of his home at the time of his arrest in 1998. Perincek and his co-ideologues have friendly connections with elements of the state, but he must present himself as an outright enemy of the state to the public. “There are a lot of calculations behind his moves,” Yayla said.

Perincek, however, offered the following reason: “My self-confidence and comfortableness in the face of such arrests comes from my experience and my personality. I am not afraid of pressures, arrests, bullying. In Turkey, I have always stood up and fought against US imperialism and plots. That is why those who fight against the United States trust us and inform us at all times.”

His military allies, though secularists opposed to Islam, share an enemy with Erdogan: Gulenists. The Gulenists were once allied with Erdogan under political Islam and were Atlanticists, meaning they were pro-US and NATO

Perincek claims the Gulenists were behind his imprisonment in the 2008 Ergenekon case, because they wanted to purge the influence of secular Eurasianists. However, after Erdogan and the Gulenists had a falling out over a power struggle, Perincek’s sentence was overturned. “The AKP [Justice and Development Party] needed the support of the Vatan Party against the Gulen movement,” said Selcuk Colakoglu, an adviser to the Center for Strategic Research at Turkey’s Ministry of Foreign Affairs.

As Erdogan’s suspicion that his new enemies were cooperating with NATO and the United States to oust him grew, someone who could provide closer ties to Russia and China became valuable.

With the purge of the Atlanticists from the army, vacant posts were filled by Perincek’s Eurasianists. Asked about their role, Perincek said, “The Asia Anew Initiative strategy, which is officially used by the government, is created and led by the strategy of the Vatan Party.”

While many in and outside of Turkey see the country as a bridge between the East and West, Perincek doesn’t subscribe to this view. “Humanity has entered a new era, where Asia is on the rise," he said. "Turkey is at the forefront of this era. Turkey, heading toward Eurasia, is on a road with no turning back to the Atlantic system.”

However, just as a power struggle led to Perincek’s current prominence, it could lead to his ostracism.

“This Islamist-Eurasian coalition is only for a short run, and a conflict is inevitable,” Colakoglu said.

For Yayla, it’s not clear who will win the conflict. “Right now these two need each other, but in the very near future, one will have to topple the other,” he said.