Some observers assert that the killing of the Iranian military leader Qasem Soleimani will increase US reliance on Turkey for its future military operations in the Middle East and enhance Turkey's overall geopolitical positioning, but such thinking may prove to be wishful thinking. 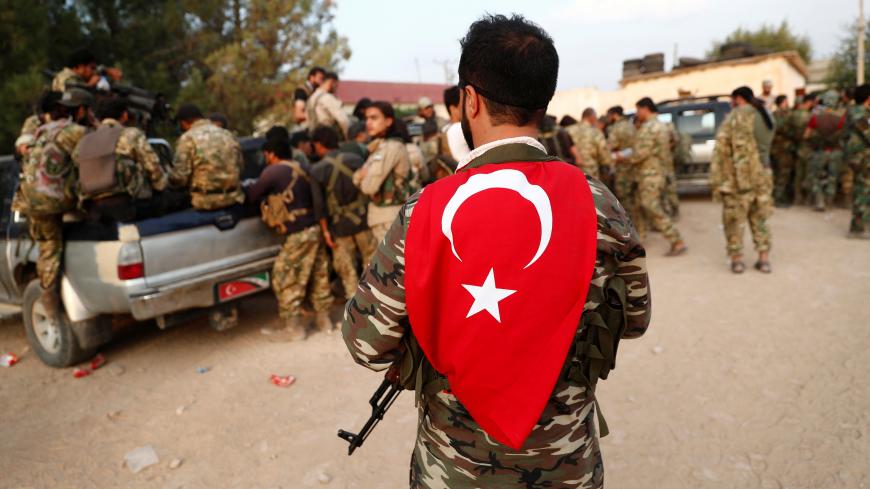 Although some observers believe that Turkey’s importance to the United States and other Western governments will increase after the assassination of Iranian military leader Qasem Soleimani, they shouldn’t be too quick to arrive at such conclusions in the aftermath of an event of such magnitude as to shake not only the Middle East but global politics as well.

Four days after the killing of Soleimani, Robyn Dixon wrote the following in a Jan. 6 Washington Post op-ed: “Some of the loudest critics of President Trump's order to kill a senior Iranian commander — other than Iranians — are Russian officials, who have denounced it as an illegal assassination and a politically motivated election-year decision. But it is Russia that may end up benefiting from the fallout. If the United States withdraws from Iraq as backlash over the killing widens, Russia could strengthen its foothold in the country — much as it did in Syria after Trump ordered a troop pullout there last fall, a step that was later partly reversed.”

The argument that Russia might emerge as a beneficiary of Soleimani’s assassination at the order of President Donald Trump also reflects the view among circles close to Turkey’s strongman, President Recep Tayyip Erdogan. Yusuf Erim, a political analyst for the state-owned TRT World, cited three main reasons why Turkey would emerge “the big winner” in the US-Iranian escalation: the American bases in Turkey would gain in strategic value; Shiite militias in Iraq and Syria would lose strength after Soleimani's death; and if US forces are expelled from Iraq, the Kurdistan Regional Government would look to Turkey as a security provider, paving the way for Ankara to ramp up counterterrorism operations against Kurdish armed groups in northern Iraq that Turkey views as a threat to its national security.

Some foreign experts believe that US reliance on Turkey for its military mission in Iraq could indeed increase in the post-Soleimani era and that the assassination has supplied ammunition for Turkish leaders' self-indulgence in Turkey's increased geopolitical value.

“U.S. military’s heavy use of Turkish airspace for its re-supply mission in Iraq and elsewhere further suggests that Trump won’t take action against Turkey (directly) over Libya while the U.S. is actively confronting Iran,” Michael Tanchum, a Middle East expert, tweeted Jan. 4.

“Increased tension in the Mid-East & Turkey’s strategic geographic location: Dover based 436th Airlift Wing’s two Super Galaxy C5 from Rota, a C17A Globemaster III from Incirlik & another Globemaster from Ramstein were among the many other USAF planes flying through Turkish airspace,” Yoruk Isik, a Turkish analyst, wrote in response to Tanchum’s tweet.

The dangerous escalation triggered by Trump’s decision to kill an Iranian official and one of Soleimani’s stature — a legendary figure whose policies catapulted Iran to regional power status — appears to have excited the pro-Erdogan Turkish mindset about the possibility of maximizing Turkey's geopolitical value.

Soleimani’s assassination comes at a time when Turkey finds itself increasingly isolated in the Eastern Mediterranean and in regard to Libya, particularly after Ankara's signing of maritime and military cooperation agreements with Libya’s internationally recognized Government of National Accord (GNA), based in Tripoli.

Indeed, Erdogan referred to Soleimani’s assassination while underlining the priority of the Libyan situation for Turkey. “The whole region is boiling,” he told CNN-Turk on Jan 5. “On the one hand, we are facing some difficulties in Syria. On the other hand, while we are dealing with certain developments in Libya, this sudden development [Soleimani’s killing] is thought-provoking.”

Despite voicing concern about possible repercussions of the assassination and describing the killing as an “ill-advised” decision, Erdogan has been careful not to go beyond that, sparing himself criticism from Trump, his only ally in Washington.

Turkish officials speaking to pro-Erdogan media have drawn attention to Erdogan avoiding referring to Soleimani as a “martyr,” the description his Iranian partners prefer. TRT tweeted, “Turkey’s President Erdogan urges Iranian President [Hassan] Rouhani to refrain from escalating tensions with the US, while offering condolences over military commander Soleimani’s assassination due to his official rank and did not use ‘martyr’ to describe him —Turkish official speaking to TRT World.”

Not to describe Soleimani as a martyr is not simply a matter of political consideration for Erdogan. It should not be forgotten that despite the partnership Turkey and Iran have been enjoying in Syria through the Astana process, the two countries remain competitors in the Middle East and in the broader Islamic world.

Soleimani was one of the leading architects of Iran's expansion in the Middle East. Erdogan probably still remembers that Soleimani played a decisive role in keeping the Damascus regime in power at a point when the Turkish leader thought Bashar al-Assad's days were numbered.

For all these reasons, Erdogan appears to have adopted a relatively neutral stance in the standoff between Iran and the United States. Ankara will try to defuse tensions in the Middle East in part to secure Erdogan a freer hand in North Africa (Libya) and the broader Eastern Mediterranean.

In the end, Soleimani's assassination might not spark a new war in the Middle East, but it will certainly intensify the existing conflicts in the region. Thus serious mediators will be needed. Can Turkey, which has almost the same distance between Washington and Tehran, assume such a role? It seems highly unlikely given that Ankara is already a party to multiple conflicts in the area ranging from Syria to Libya.

Moreover, the direction, content and magnitude of the seemingly inevitable US-Iranian confrontation could yield results contrary to the ones predicted by those who see Turkey as the big winner in Soleimani’s assassination. Turkey’s geopolitical positions could become like the grass in an African proverb: When elephants fight, it is the grass that is trampled.