Ankara vows to help resist US sanctions on Iran

Turkey has reacted to the promised US withdrawal from the Iran nuclear deal with outrage, though some analysts believe the US withdrawal offers Turkey opportunities. 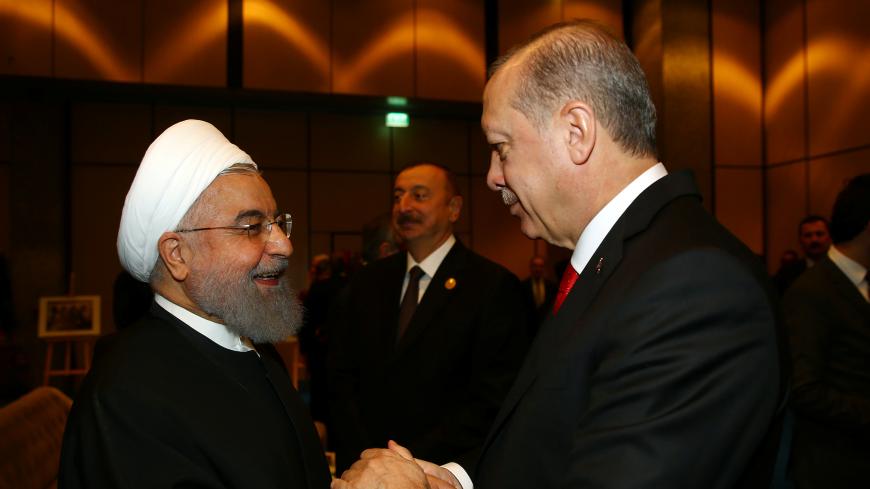 As reactions to the United States’ decision to withdraw from the Iran nuclear deal continue to reverberate globally, NATO member Turkey has made its displeasure clear. Turkish President Recep Tayyip Erdogan told his Iranian counterpart Hassan Rouhani that Washington’s move was “wrong.” In a telephone conversation held Thursday, the two leaders reportedly discussed the potential effects of the deal and Erdogan said he favored the preservation of the Joint Comprehensive Plan of Action (JCPOA) that was signed in 2015 between Iran and the five permanent members of the United Nations Security Council plus Germany. According to Turkey’s state-run Anadolu news agency, the pair also focused on improving bilateral economic ties.

Airing Ankara’s worries, presidential spokesman Ibrahim Kalin declared, “The unilateral US decision to withdraw from the Iran nuclear agreement will lead to new conflicts and instability.” He added, “We do not wish the Iranian people to be negatively affected by these sanctions and we won’t hesitate to do our part if we’re to do something about them.”

Iran is among Turkey’s top suppliers of oil and natural gas and a vital land bridge for Turkish truckers carrying goods to Central Asia. They are unable to access the region via neighboring Armenia, a far shorter route, because of Ankara’s refusal to open its borders with the former Soviet republic out of solidarity with Armenia’s top enemy Azerbaijan. The longtime regional rivals share a porous mountainous border and a common fear of Kurdish separatists active on both sides. The fear of Kurdish gains overseen by US forces in northern Syria has propelled Iran and Turkey into shelving their differences over the Syrian regime and their respective claims of leading Shiite and Sunni Muslims and forming an alliance with Russia.

The timing of the US withdrawal will have shifted Turkish conspiracy thinking into even higher gear.

The decision comes as a federal court in Manhattan prepares to sentence Mehmet Hakan Atilla, a Turkish banker accused of involvement in a Byzantine scheme that saw Turkey’s state-owned Halkbank allegedly conspiring with now jailed Iranian-Turkish gold trader Reza Zarrab to launder hundreds of millions of dollars through the US financial system on behalf of Iran. Erdogan and assorted Turkish officials have long charged that the case is part of a global plot to undermine Turkey. Meanwhile, Turkish businessmen nervously await the scale of an expected fine to be levied on Halkbank by the US Treasury and its likely effects on Turkey’s wobbly finances.

Karabekir Akkoyunlu, a scholar of Turkish-Iranian relations, agrees that the US withdrawal from the JCPOA coupled with escalating tensions between the United States, Israel and Iran could have a big impact. “On the economic front, rising oil and gas prices would put an immediate strain on Turkey’s troubled economy, while the specter of renewed US sanctions would constrain Turkish trade with Iran,” he told Al-Monitor. “In the wake of the Zarrab case I’m not sure the Turkish government would find the guts and space to circumvent US sanctions this time, especially given the ideological zeal that drives Trump’s new national security adviser John Bolton and Secretary of State Mike Pompeo.”

Some analysts believe the US withdrawal offers Turkey opportunities. Atilla Yesilada of Global Source Partners, a business consultancy, told Al-Monitor, “Turkey’s coin has suddenly appreciated, because without our contribution, exerting meaningful or economic pressure on Iran is very difficult. … Washington will offer Turkey new incentives to lure it away from the Russia-Iran axis.” Yesilada argued that with US-Iranian tensions compounded by rising friction with Russia, “Turkey is simply too valuable to lose for the West.” But much will hinge on Turkey’s strategic skills in navigating the new environment.

Akkoyunlu concurs that if Turkey plays its cards well and eases itself into “a pragmatic mediation role” it can turn the crisis to its advantage and repair its “tarnished international image.” But it's unclear whether Ankara can be so dexterous. Until Washington scales back its support for the Syrian Kurds, relations can hardly improve. If anything, with Congress threatening a panoply of sanctions for Turkey’s continued detention of North Carolina pastor Andrew Brunson and a deal to purchase Russian S-400 missile systems, they are set to get even worse. Turkey will more likely “attempt to cooperate with Iran to invent [new] ways to sidestep soon to be imposed [US] sanctions," Yesilada said.

Mustafa Gurbuz, a nonresident fellow at the Arab Center, a Washington-based think tank, argued that one of the main reasons is that “like the Tehran regime, counterbalancing Western influence in the Middle East is one of the priorities defining new Turkish policy under Erdogan.” Gurbuz told Al-Monitor, “Despite increasing tensions between Turkey and Iran during the early years of the Syrian civil war, the geopolitical calculus in Ankara and Tehran has shifted back to perceiving each other as strategic allies.” In the long run, however, “The fluctuating nature of Kurdish politics in both Syria and Iraq will be a significant factor in shaping the course of Ankara-Tehran ties.”

But if Erdogan emerges sufficiently stronger from the June 24 presidential elections he may decide to revive peace talks with Turkey’s own Kurds. This, in turn, would ease pressure on their Syrian cousins and rekindle friendship with Washington at Tehran’s expense. But for now, it's all a big if.

“I am not too worried about Turkey’s economic problems that are more manageable than Argentina's," said Yesilada. "I am worried about Ankara’s failure to read the global strategy game and constantly shooting itself in the foot.”