A top Turkish prosecutor is formally investigating the US prosecutor in the trial of Iranian-Turkish businessman Reza Zarrab, demanding information about the evidence compiled for the gold trader's sanctions-busting activities. 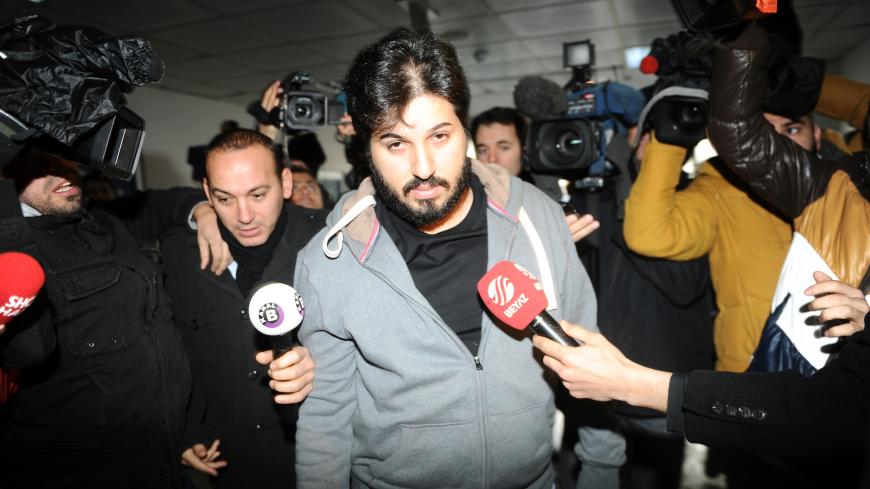 Efforts to spin the trial of sanctions-busting Iranian-Turkish gold trader Reza Zarrab as yet another Western plot to undermine Turkey and its President Recep Tayyip Erdogan took a surreal twist over the weekend as Turkish prosecutors moved against their US colleagues involved in the sensational case.

Istanbul’s top prosecutor launched twin probes into Joon H. Kim, acting US attorney for the Southern District of New York, and his predecessor Preet Bharara over how evidence was gathered in the case against Zarrab, who has been in federal custody since March 2016.

The prosecutor is demanding to know where, how, when and from whom US authorities acquired documents, audio recordings and other content being used in the prosecution’s case. The evidence is thought to include wiretapped conversations in which Zarrab incriminates Erdogan by suggesting that the veteran leader who was prime minister at the time had at the very least knowledge of the massive money-laundering scheme that allowed Iran to circumvent US sanctions.

The affair has further poisoned US-Turkish relations, which are at their lowest point in decades. The prosecutor’s actions are seen as a further desperate attempt by the government to shift blame to the United States. The chorus of anti-American sentiments is growing louder by the day, with the pro-government daily Yeni Safak declaring on its front page that the NATO alliance is preparing to attack Turkey.

NATO itself helped to feed the fires of conspiracy when a contractor for the Norwegian government allegedly depicted Erdogan and Ataturk as enemies during a drill last week, prompting Turkey to angrily withdraw its troops and NATO Secretary-General Jens Stoltenberg to apologize.

The Istanbul prosecutor’s aim is apparently to push the familiar narrative that now purged — and in many cases imprisoned — police and judicial officials loyal to the Pennsylvania-based Turkish cleric Fethullah Gulen colluded with US authorities to overthrow Erdogan and his government by fabricating corruption charges against him dating back to December 2013. Gulen is also accused of masterminding last year’s botched coup.

The 2013 graft cases, which led to the resignation of four Cabinet ministers, were hastily quashed despite compelling evidence suggesting Erdogan, his family members and other associates had accumulated vast amounts of wealth that they were seeking to conceal.

Much of this evidence is likely to resurface during the trial amid widespread rumors that Zarrab has agreed to plead guilty and become a witness for the prosecution in exchange for a reduced sentence. And there is growing optimism among Erdogan’s swelling army of opponents, not least among them the Gulenists, that once Zarrab starts singing, the effects on Turkey’s wobbly economy will be so deleterious that they will erode Erdogan’s enduring popularity and eventually lead to his downfall.

Erdogan, who has led the country since 2002, is a master of turning adversity to his advantage and talk of his imminent political demise may well prove premature. Banking circles remain divided over the potential fallout from the Zarrab case.

Turkey’s state-owned Halkbank is at the center of the scandal and its deputy chief executive officer, Mehmet Hakan Atilla, was arrested in March at New York’s John F. Kennedy International Airport on charges of conspiring with Zarrab to launder hundreds of millions of dollars through the US financial system on behalf of the Islamic Republic of Iran.

The conventional thinking goes that Halkbank and five other Turkish banks that are reportedly implicated in the money-laundering scheme are likely to be fined to the tune of at least $5 billion.

Atilla Yesilada, a country analyst for GlobalSource Partners, agrees that potential fines for Halkbank have already been absorbed by the markets and largely discounted in the stock price, but allegations remain that five other banks may be the subject of a US Treasury Department inquiry. Foreign banks may be loathe to lend to Turkish banks, reducing the flow of foreign exchange into Turkey. “This will make loans dearer, weaken the currency permanently and cause an economic slowdown,” Yesilada told Al-Monitor. “In my view, Turkish people still care about graft,” he added. The results of the March 2014 local elections held soon after the 2013 corruption scandal had proved it. Erdogan’s Justice and Development Party lost over a million votes compared with the 2011 parliamentary elections and some argue that had it not been for alleged fraud, the party would have lost Ankara as well.

Further embarrassing revelations during the trial could sway a growing number of undecided voters to migrate to the newly formed right-wing Iyi Party. “They realize the endless conflict with the West is costing jobs, causing higher interest rates and crimping their lifestyles,” he argued.

But with the media so tightly controlled and critics, including over 100 journalists, behind bars, Erdogan can continue to spin new conspiracy theories with the utmost ease. He can also ride out a weakening economy at least until 2019, when municipal, parliamentary and presidential elections are likely to be held.

A Europe-based banker with long experience is among those who believe that Erdogan — and Turkey — can muddle through. He told Al-Monitor on condition that he not be identified, “Turkish banks have aggregate excess capital buffers of around $20 billion that can help tide them over” in case they are fined. And should they negotiate favorable settlement terms over, say, a four- to five-year period, with two years of initial grace, “they should survive.”

The greater risk, the banker claimed, is that Erdogan will tell the US Treasury, "Fuck off, I am not paying any fines.” Turkish banks would then be subject to international sanctions, becoming “pariahs much like Iranian banks.” He concurs with Yesilada that another tail risk is that Turkey’s country risk premium will rise along with that of local banks, pushing up the cost of borrowing for both. “Does it bite? Yes. Is it a killer? No,” the banker concluded.