After a brief wait-and-see period in the wake of Qasem Soleimani’s killing, Turkey appears inclined to try a mediator’s role between the United States, Iran and Iraq. 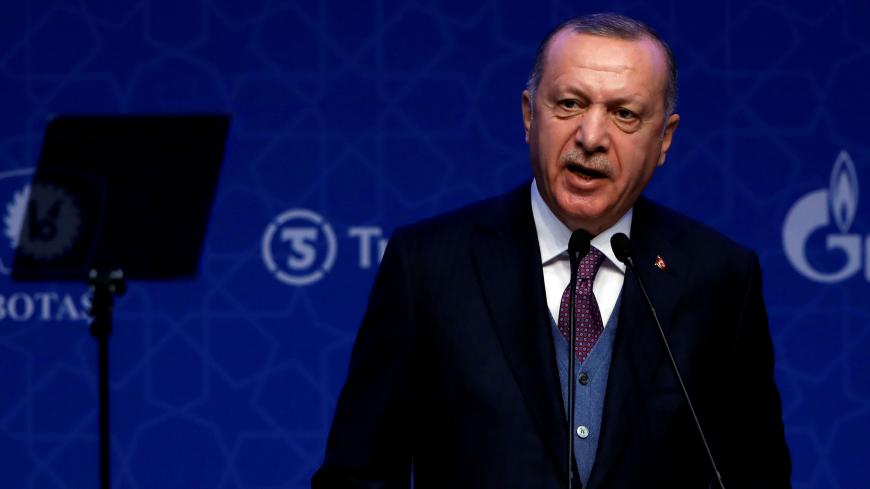 Turkey, like all other regional players, is trying to adapt to the profound geopolitical shift in the Middle East after a US drone attack killed Gen. Qasem Soleimani, the commander of Iran’s elite Quds Force and the spearhead of Iranian paramilitary operations in the region.

In the two days after the Jan. 3 attack in Baghdad, Ankara followed a wait-and-see approach, reeling from the shock, as evidenced by the words of President Recep Tayyip Erdogan. “Curiously, I had a conversation with [US President Donald] Trump that evening, and this incident erupted four or five hours later. Evidently, it was all planned. We were shocked by the news,” Erdogan said in a Jan. 5 television interview.

During that period of shock, Tehran made diplomatic efforts to draw Ankara to its side. The Iranian Embassy in Ankara tweeted that Erdogan had a phone call with Iranian President Hassan Rouhani and quoted him as saying, “The passing of the martyr Soleimani is deeply saddening. I am aware of how furious the Iranian people, you and the supreme leader are.” In a low-profile denial soon after, Ankara said Erdogan did not call Soleimani a “martyr.”

So far, the Turkish government appears to have skillfully fended off Tehran’s moves to pull Ankara to its side. Nevertheless, Soleimani’s killing has created a new geopolitical reality that requires Ankara to make some critical decisions.

First, Turkey has come to the end of the road in its policy of playing in the gray area between the official government and the parallel pro-Iranian power quarters in Baghdad. It must now choose a side. The outcome of Foreign Minister Mevlut Cavusoglu’s talks with Iraqi officials during his Jan. 9 visit to Baghdad will be important in this context. Ankara will likely opt for the official Baghdad government, given its key security parameters, which require Iraq to preserve its territorial integrity and not shift to a federate structure. In other words, Ankara will seek to minimize its ties with Shiite tutelage quarters in the coming months.

Another crucial issue to emerge after Soleimani’s death is the future of the Astana process, which has played a key role in efforts at de-escalation, political transition and constitution-drafting in Syria. The process, led by Russia, Turkey and Iran, has survived various crises thus far, but might stumble in the coming days due to potential tensions between Russia and Iran amid US-Iranian proxy warfare in Syria and Iraq. What will Ankara do in such an event? Will it opt to mediate between Moscow and Tehran, or will it choose sides? This will be another important decision to make.

Obviously, the United States would partner with Baghdad, Iraqi Kurds and Syrian Kurds in any low-intensity conflict with pro-Iranian militias in Iraq and Syria. Reports from the field already indicate that the United States is stepping up a military buildup in Syria, especially in Deir ez-Zor, and seeking to reinvigorate its ties with the YPG. This will inevitably raise eyebrows in Ankara.

In short, the US need for support from the YPG in Syria and the Kurdistan Regional Government in Iraq will grow as it moves into active confrontation with pro-Iranian militias in the two countries. Security sources in Ankara contacted by Al-Monitor are already wondering “what will happen if tensions escalate and America says that it is closing its embassy in Baghdad and that the consulate in Erbil will be its new embassy.” Clearly, this is something that Ankara fears might happen down the road.

Also, amid the escalation in the region, the Turkish-Qatari alignment with Iran could become impossible to sustain without harming bilateral ties with the United States. Whether Turkey and Qatar choose the United States or Iran will be another important element to watch.

Finally, an escalating proxy war between the United States and Iran will bear on oil prices and energy markets. Such volatility will inevitably have an adverse impact on the already fragile Turkish economy.

That said, the killing of Soleimani is presenting diplomatic opportunities for Ankara as well. The United States and the Russia-Iran bloc are both likely to court Ankara in the coming weeks, offering “carrots” that Ankara might convert into diplomatic gains.

Russia, for instance, might offer gestures such as acknowledging the legitimacy of the Ankara-backed Government of National Accord (GNA) in Libya, slowing the advance of Khalifa Hifter’s forces and pushing the GNA and Hifter to the negotiating table, or taking some stands in favor of Turkey in the eastern Mediterranean to pressure Turkey’s rivals, Egypt and Greece.

The United States, for its part, might come up with proposals to ease the myriad crises in bilateral ties, including the threat of sanctions over Turkey’s purchase of Russian air defense systems, Turkey’s expulsion from the F-35 stealth jet program for the same reason and the bitter rift over US collaboration with the YPG in Syria. Yet such an approach by Washington will require Ankara to move to a sharply anti-Iranian stance, which appears unlikely at present.

In any case, sustaining the policy of balancing will become harder for Ankara in the coming months as both the United States and the Russia-Iran bloc step up pressure on Ankara to choose sides. In other words, Ankara will find it increasingly difficult to keep up its ties with the United States and Iran at the same time, now that the two adversaries have stepped into active confrontation.

After the killing of Soleimani, the Middle East has become a highly unpredictable place, fraught with fresh uncertainties. The region is a chaotic ship, with the United States, Russia, Iran, Israel, Turkey and other actors all trying to bend the rudder to their favor. Where the ship is headed is anyone’s guess.