Turkey has moved to expand its gas exploration drive in the tension-ridden eastern Mediterranean since signing a maritime accord with Libya’s Tripoli-based government, but there are also signs that Ankara might seek to break its isolation in the region. 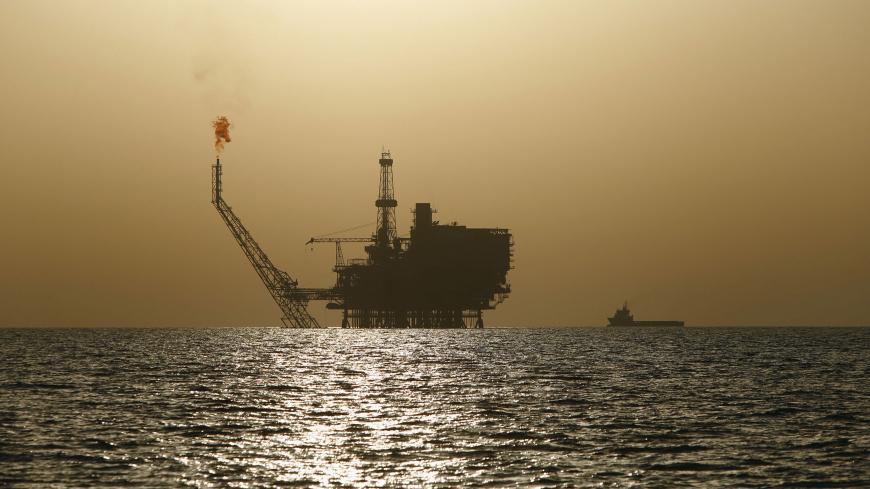 An offshore oil platform is seen at the Bouri oil field off the coast of Libya, Aug. 3, 2015. - REUTERS/Darrin Zammit Lupi

Turkey’s hydrocarbon exploration drive in the eastern Mediterranean seems to be expanding to the far west of Cyprus toward the southeast of the Greek island of Crete and Libya’s offshore waters after the November deal that Ankara struck with Libya’s Tripoli-based government on delimiting maritime zones between the two countries. The exploration efforts have been coupled with fresh Turkish moves in the Libyan conflict since the signing of the deal.

According to a navigational warning that Ankara issued Jan. 14, Turkish seismic research ship Oruc Reis will be conducting seismic surveys in an area about 200 miles to the west of Cyprus and some 90 miles to the east of Crete, accompanied by two logistic support vessels. The mission, scheduled to continue until April 10, is very close to the boundary zone outlined in the agreement with Libya’s Government of National Accord (GNA).

Never before has a Turkish research ship gone so close to Crete and Libya for exploratory work, intended to lay the ground for Turkey’s demarcation and licensing of drilling zones in the eastern Mediterranean, where tensions are already running high between Ankara and a number of closely aligned littoral states, including Greece, the internationally recognized Greek Cypriot government of long-divided Cyprus, Israel and Egypt. One of Turkey’s two deep-sea drill ships, the Fatih and the Yavuz, could join the Oruc Reis in the area in the coming months.

As of Jan. 29, the Fatih is at the Tasucu port on Turkey’s southern coast, awaiting its next mission after completing drilling operations at the Magusa-1 borehole off the Karpas peninsula in northeast Cyprus since early January. The Yavuz, meanwhile, continues drilling operations at the Lefkosa-1 borehole in Zone G to the south of Cyprus, which is close to Block 8, claimed by the Greek Cypriots, and Israel’s Leviathan gas field.

Of note, Turkey’s Barbaros seismic research ship conducted comprehensive, three-dimensional geophysical surveys in Zone G in October 2014, July 2017 and June 2019, but it failed to discover any sign of hydrocarbon reserves.

Judging by President Recep Tayyip Erdogan’s adamant statements on Turkey’s ambitions in the eastern Mediterranean, the dispatch of the Fatih or the Yavuz to the southeast of Crete, where the Oruc Reis is currently operating, will not be a surprise. As in previous instances, the drill ship is likely to be escorted by a naval task force comprised of at least one frigate, two or three gunboats, and a submarine.

Speaking to reporters on a flight back from the Berlin conference on Libya Jan. 19, Erdogan said Ankara had the backing of GNA head Fayez al-Sarraj on drilling activities. “Turkey and Libya will be working jointly at present, but we could take a third, a fourth and perhaps a fifth partner on board. We are in agreement with Sarraj on this,” Erdogan said. He went on to reveal that Somalia had offered Turkey joint oil exploration in its waters.

Ankara has declared 2020 “Africa year” and is seemingly eager to make use of its deep-sea drilling capabilities and experience as a foreign policy tool. So joint seismic research and drilling in the waters of African countries such as Somalia, which is on friendly terms with Turkey, should not come as a surprise.

Meanwhile, the Turkish navy’s activities in the eastern Mediterranean remain in full swing, both as part of NATO missions and bilateral military ties.

On Jan. 28, the appearance of two Turkish frigates off Tripoli caused a stir in the Libyan capital. There were claims on social media the frigates were bringing military aid, but the Turkish Defense Ministry clarified in a statement that the TCG Gaziantep and the TCG Gediz collected 30 illegal migrants from a dinghy in high seas and handed them over to the Libyan coast guard while taking part in NATO’s Operation Sea Guardian in the region. The statement suggests the military ships were on their way to GNA-controlled Tripoli when they spotted the boat, whose passengers were likely headed to Europe.

The statement comes across as a tacit message to European countries — Germany in particular — that with their support, the GNA and Turkey could be efficient in curbing the flow of illegal migrants from Libya to Europe.

This could be a sign that Turkey’s exploration efforts in the eastern Mediterranean, which have relied mostly on gunboat diplomacy and coercive tactics thus far, are shifting to a more diplomatic ground, where Ankara will seek collaboration and possibly the formation of a bloc with both European and regional actors such as Italy, Germany, Tunisia and Algeria, now that Turkey’s relationship with Russia appears headed to major crises amid an escalating rift over Syria’s rebel-held province of Idlib. Ankara’s policies in the region over the past three years have led to a foreign policy trap that could be termed as “risky loneliness.” Will Ankara manage to extricate itself from this deadlock and win allies to its side? There are various factors at play, but the answer depends also on whether Erdogan will stop treating foreign policy as a privileged presidential domain and open the decision-making process to foreign policy professionals in the bureaucracy. Nevertheless, since the executive presidency system took effect in June 2018, foreign policy has become a crucial supplement nourishing Ankara’s domestic political agenda, which Erdogan is unlikely to easily give up.