Eastern Mediterranean may be scene of first conflict of 2018

Developments warn of growing tension between Turkey and the Greek Cypriots over newly discovered hydrocarbon reserves in the eastern Mediterranean. 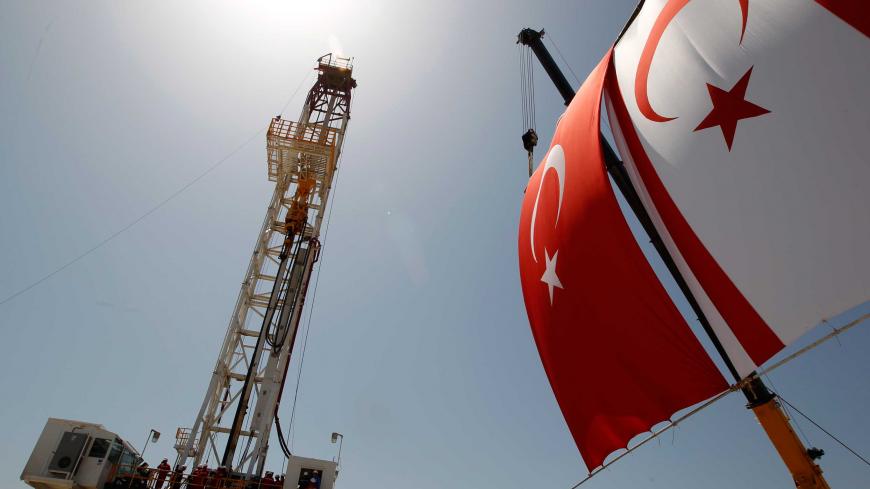 The eastern Mediterranean is expected to witness the first conflict of 2018, as developments at the end of 2017 are signaling worsening relationships between Turkey and the Greek Cypriot-Greece-Israel-Egypt bloc. Territorial disputes over natural gas and newly discovered hydrocarbon reserves in the eastern Mediterranean basin are the reason.

Up until a few years ago, the hope was that these hydrocarbon reserves would offer a real opportunity for a peaceful settlement of the Cyprus conflict. But these optimistic hopes vanished with both Turks and Greek Cypriots unilaterally speeding up exploration and drilling operations.

In 2004, the European Union had declared the Greek Cypriots the sole entity representing the island of Cyprus and accepted it as an EU member. Feeling that its hand has been strengthened following the EU decision, the Greek Cypriots claimed the right of natural resources exploration in the Exclusive Economic Zone (EEZ) around Cyprus.

Turkey, however, has been insisting that the Greek Cypriot administration in Nicosia cannot unilaterally “adopt laws regarding the exploitation of natural resources on behalf of the entire island,” as it doesn’t represent the Turkish Cypriots. Also, there is a separate disputed EEZ between Turkey and Greece in the eastern Mediterranean — another point of tension in the conflict.

Ankara reacted strongly to the Greek Cypriots' natural gas drilling efforts in July. The Turkish army dispatched a frigate in the eastern Mediterranean to "monitor a drilling ship that is believed to have begun searching for oil and gas off ethnically divided Cyprus despite Turkey's objections,” The Associated Press reported.

On Nov. 20, Egyptian President Abdel Fattah al-Sisi visited Greek Cypriot for a trilateral meeting in Nicosia to discuss hydrocarbon resources in the region. In addition to Egypt’s president, Greek Prime Minister Alexis Tsipras also participated in the meeting, which was hosted by Greek Cypriot President Nicos Anastasiades. The Turkish Foreign Ministry, on the other hand, declared the outcome of the trilateral meeting to be “null and void."

However, despite Turkey’s opposition, drillship Saipem 12000 sailed to carry out exploration and drilling operations on behalf of French TOTAL and Italian ENI companies in the Calypso region between March 1 and Dec. 26 in accordance with an agreement reached during the trilateral summit.

Moreover, Italy, Greece, Greek Cypriot and Israel had already agreed on the construction of a gas pipeline from newly discovered fields. The project — dubbed “East-Med” — will cost some $6 billion. An over 2,000-kilometer-long (1,243-mile-long) pipeline will channel offshore reserves in the Levantine basin to Greece and Italy.

The East-Med project could be interpreted as an effort to form a regional alliance between Greek Cypriot and Greece to confront Turkey in the eastern Mediterranean. The Greek Cypriots and Greece also signed a separate agreement with Israel to channel natural gas reserves in the Mediterranean basin via an undersea pipeline. Italy’s participation in this project didn’t come as a surprise, as Italy has already been exploring natural gas in the Mediterranean on behalf of the Greeks. The undersea pipeline is expected to channel natural gas from Israel’s Leviathan Basin and Greece's 12th plot — also called Aphrodite — to Crete, and then to Europe via Greece.

On Dec. 5, the energy ministers of Greece, Greek Cypriot and Israel and the Italian ambassador to Greek Cypriot signed an accord in Nicosia on the construction of the East-Med pipeline. The participation of EU representatives in the ceremony indicated Brussels’ support for the project.

In 2017, the Greek Cypriots, Israel and Greece conducted three joint exercises in March, June and November. At the beginning of November 2017, Greece and Egypt held a joint naval exercise for the first time in quite a while.

In response, Ankara initiated its own moves and issued a navigational telex to reserve an area for military exercises. The area covers the disputed sixth, seventh, eighth and ninth blocs that the Greek Cypriots had declared as their EEZ. Ankara’s declaration came at a time when Saipem 12000 arrived in the Mediterranean.

In 2018, Turkey will have its first brand-new drilling vessel, the Deepsea Metro II. According to navigation data, the ship left Norway's Hoylandsbygda port some two weeks ago and is currently sailing west of Portugal. It is expected to arrive in Turkey on Dec. 31. The critical question now is whether the Turkish navy will be providing military escorts for the new drilling vessel.

If the Deepsea Metro II is to be escorted by a Turkish navy fleet while sailing to the sixth bloc, then the affair is bound to heat up. In the meantime, the Nicosia administration also announced that drilling operations in its EEZ would begin Dec. 30 and that Saipem 12000 would join the operations as well.

Now the question is whether Turkey’s Deepsea Metro II and Saipem 12000 and naval fleets escorting them will confront each other in the disputed sixth bloc.

One should also consider domestic developments in relevant countries when trying to measure the extent of a possible crisis. A possible hydrocarbon crisis is an excellent domestic political issue that all governments can use to consolidate their nationalist support base.

In sum — and in comparison to 2017 — one will witness more eventful scenes in the eastern Mediterranean in 2018. The only actor that could mediate between Ankara and Nicosia is not Washington but Moscow, the new shining star of the Middle East.