Military activities in the eastern Mediterranean have escalated considerably in 2018, as have tensions. 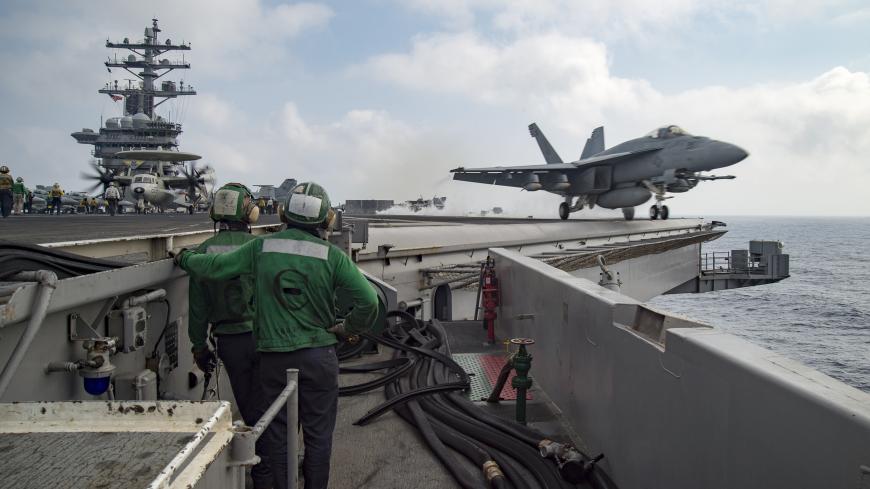 The eastern Mediterranean Sea has become a very busy place, and pressure abounds among coastal neighbors there. Governments are declaring exclusive economic zones (EEZs), but they overlap. States are granting duplicate licenses for natural gas exploration and drilling. Mammoth energy corporations and coastal states are signing hundreds of millions of dollars' worth of hydrocarbon agreements. Frequent maritime safety broadcasts are informing of endless military exercises.

Israel and Lebanon are on edge over hydrocarbon reserves. Lebanon awarded bids last month to France’s Total SA, Italy’s Eni SpA and Russia’s Novatek to drill for oil and gas in Blocks 4 and 9 within Lebanon’s EEZ. Israel doesn’t recognize these bids and claims that all of Block 9 is within its EEZ.

Then there is the crisis between Turkey and Greek Cyprus, which is becoming progressively militarized. A tense military standoff took place Feb. 9 between the Turkish navy and Eni's Saipem 12000 drilling ship, which is licensed by the Greek Cypriot administration to explore hydrocarbon reserves south of the island. In my Al-Monitor Feb. 15 opinion piece “Tempers flare over gas exploration in Mediterranean,” I wrote, “Ankara thinks the tensions in the Aegean [Sea] and eastern Mediterranean Sea aren't coincidental. Ankara feels the natural gas alliance of Greece, Greek Cypriots, Israel and Egypt — being aware of the Turkish military's capacity shortcomings since the July 2016 coup attempt, its military involvement in Syria and its increasing isolation — is scheming for diplomatic, economic and military faits accomplis.” Ankara still believes that.

It's also no secret that there's a growing crisis between Egypt and Turkey over disputed EEZs.

This persistent tension among coastal neighbors makes one wonder if we are facing a new South China Sea crisis. The latest development in the eastern Mediterranean was the arrival March 6 of the US 6th Fleet’s Iwo Jima Amphibious Ready Group (ARG) to conduct naval operations.

Alarm bells sounded as its arrival coincided with scheduled hydrocarbon drillings of US energy giant ExxonMobil in Block 10 of the Greek Cypriot EEZ.

Two survey vessels — the Med Surveyor, currently located off the port of Haifa, and the Ocean Investigator, moored at the port of Lavrio, Greece — are expected to arrive soon in Block 10 to examine the seabed at three locations there. Their mission is to gather more data to narrow down the most likely areas for gas drilling, which ExxonMobil is planning to do in August and September. That activity coincides with the ARG's arrival, raising questions about whether the US Navy is to provide a military escort to ExxonMobil’s drilling operations.

Although Russian, Greek Cypriot and Greek media reported the ARG had been deployed to protect ExxonMobil activities, both US and Turkish official sources denied the reports. Turkish security sources said the rumors were made up. The sources also drew attention to the planned schedule of the US Navy in this regard.

“Reports that the US 6th Fleet is in the eastern Mediterranean to protect ExxonMobil are totally baseless,” Johnny Michael, a spokesman for the United States European Command, said when asked about the situation.

Michael underlined that the ARG "conducts the full spectrum of joint and naval operations, often in concert with allied and interagency partners, to advance US national interests and security and stability in Europe and Africa.” The ARG will participate in the Juniper Cobra exercise, part of a long-standing agreement between the United States European Command and the Israeli Defense Forces to hold bilateral training exercises on a regular basis to promote and sustain regional stability and to ensure "Israel's qualitative military edge.”

The Juniper Cobra series has been regularly conducted since 2001, with the last iteration — JC16 — held in 2016.

Now the questions are whether the Iwo Jima ARG will remain in the eastern Mediterranean after its joint exercises with Israel, and if so how long will it stay? The ARG left Florida at the beginning of February on a seven-month mission and arrived in its area of operations Feb. 22.

This means the ARG can stay for six more months in the region if it desires. We will have to wait and see what Washington will decide.