Amid an escalating dispute over gas exploration off Cyprus, observers in Turkey are perplexed about why Ankara is sparing Qatar while harshly reacting to other countries and companies cooperating with the Greek Cypriots. 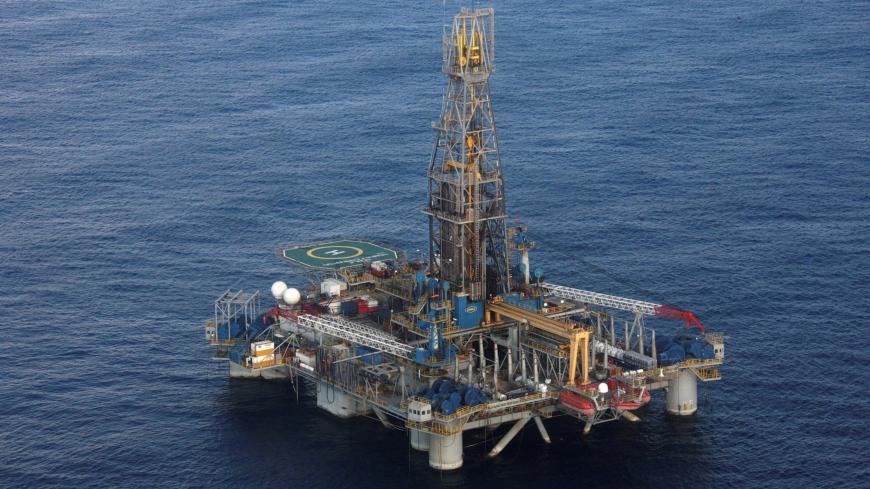 ANKARA, Turkey — A long-running dispute between Turkey and Greek Cyprus over gas exploration in the Mediterranean is escalating, but curiously, Ankara has remained silent on Qatar’s role in Greek Cypriot exploration efforts, raising questions as to what it might expect from its Arab ally in return.

Under a deal with the Turkish Republic of Northern Cyprus (TRNC), which only Ankara recognizes, the state-owned Turkish Petroleum Corporation has begun drilling in offshore areas where the TRNC claims economic rights. Some areas are claimed by both sides of the long-divided island, fueling the drilling crisis. Last month, Turkish military ships on maneuvers off Cyprus blocked a drillship chartered by the Italian oil and gas company Eni from reaching an area the Greek Cypriots had slated for drilling. Another problem for Turkey is the exploration plans of a joint venture between US energy giant ExxonMobil and Qatar Petroleum (QP), which last year acquired a license for Block 10 in the exclusive economic zone the Greek Cypriots have declared.

Last July, Turkish President Recep Tayyip Erdogan issued a warning to companies collaborating with the Greek Cypriots. Speaking at the World Petroleum Congress in Istanbul, he said, “There can be absolutely no understanding for some companies’ involvement in the irresponsible steps the Greek Cypriot side is taking.” Then, in remarks to reporters this month, he asserted, “No step can be taken [in the eastern Mediterranean] without the consent of the TRNC and Turkey.”

In a Feb. 27 telephone call with Erdogan, French President Emmanuel Macron urged “respect for Cyprus’ sovereignty.” The French energy giant Total is among the companies cooperating with Greek Cyprus.

The dispute flared further in early March after reports that ExxonMobil was sending two research ships to Cyprus. Turkish Prime Minister Binali Yildirim said the arrival of the ships would not go unanswered. In response to reports that the US Sixth Fleet was heading to the region to protect ExxonMobil, presidential spokesman Ibrahim Kalin vowed that Turkey would continue to protect the rights of the Turkish Cypriots. At a March 7 press conference, Kalin said Ankara was aware of the reports, but denied that the Sixth Fleet had arrived in the area. “We will continue to do everything to protect the rights of TRNC citizens, be it on land, at sea or in the eastern Mediterranean,” he said.

Of note, Turkish leaders have avoided mentioning QP, ExxonMobil’s partner, in their numerous warnings to companies and countries involved in Greek Cypriot gas exploration projects. Doha has received robust backing from Ankara in the crisis that erupted in the Gulf in June, when Saudi Arabia, the United Arab Emirates, Egypt and Bahrain moved to cut off Qatar over its alleged support of terrorism.

Erdogan made an unsuccessful attempt to help resolve the Qatari crisis, while mobilizing extensive food assistance for the besieged emirate. The Turkish government also rushed to obtain parliamentary ratification for military cooperation deals signed earlier with Doha and dispatched soldiers to the al-Udeid air base, where Doha covers the cost of the Turkish troops as per a deal with Ankara.

Erdogan visited the base during a trip to Qatar in November, reiterating his support for the emirate. On Jan. 15, the Qatari emir, Sheikh Tamim bin Hamad Al Thani, held talks in Ankara, including a two-hour head-to-head meeting with Erdogan and his son-in-law, Energy Minister Berat Albayrak.

On the Cyprus issue itself, Qatar has refused to recognize the TRNC despite Turkey’s request. In 2006, it established diplomatic ties with Greek Cyprus and allowed it to open an embassy in Doha. Erdogan and his Justice and Development Party (AKP) remained silent on the matter.

Amid Ankara’s indignation with Italian, French and US companies over their gas deals with the Greek Cypriots, observers have tried to explain its silence toward Qatar. Erdogan Toprak, a lawmaker for the main opposition Republican People’s Party, tweeted, “The Qatari emir recognized the Greek Cypriots, [and] in partnership with the United States, grabbed the natural gas drilling license! [But] those who have been sending food planes and Turkish troops to Qatar are silent!” Referring to Erdogan’s frequent outbursts at foreign leaders, Toprak questioned whether he “will be able” to challenge the Qatari emir as well.

Mithat Rende, a former Turkish ambassador to Qatar, drew attention to the long-running partnership between QP and ExxonMobil, stressing that the US company has investments of some $16 billion in Qatar. According to Rende, “It is out of the question for QP to have any ships there. It is ExxonMobil who will be sending ships, and QP will contribute to meeting the costs.”

For Necdet Pamir, a prominent energy pundit, the silence of the government and the media on Qatar is hard to explain. He believes Turkey should have a strong hand in relation to Qatar, given that it is a rare ally of the emirate in the region. Yet he wonders why Turkish politicians have been reluctant to issue Doha a warning and “how come Qatar has a stronger hand” than Ankara.

Aziz Konukman, an economy professor at Ankara’s Gazi University, believes the Turkish government’s expectations of financial support from Qatar are the reason for its silence. “The price for silence will somehow be collected from the Qatari emir,” Konukman told Al-Monitor.

The economist stressed that wealthy Qatar counts among the countries whose direct and portfolio investments have grown the most in Turkey under the AKP. “Contractors close to Erdogan and the government have received multi-billion dollar projects in Qatar, and Qatari companies have partnered with businesspeople close to Erdogan in Turkey,” Konukman added, pointing to Qatari acquisitions in the banking sector and the Turkish media. Qatari investments in various sectors in Turkey exceed $19 billion.

Konukman remarked that with some countries, including Qatar, “[Relations] advance largely on the basis of personal friendships and behind closed doors.” Pointing to the frequent exchange of visits and especially the closed-door meeting between the emir, Erdogan and Albayrak in January, he said, “We don’t know what deals were made, what was discussed or what they bargained about.”

He continued, “Erdogan in fact could come up and say, ‘Qatar is important to us. We have political and economic bonds and that is why we look at Qatar differently [on the Cyprus gas issue].’ Yet they keep silent instead. My impression is that the Qatari emir will get an invoice for this silence. Under the current economic conditions, [the government is] in urgent need of any financing that might come from Qatar.”

The Turkish economy, hit by market losses in exports, tourism and overseas construction services amid political tensions with the European Union, Germany, Syria, Israel, Egypt and Libya, has to finance more than 3.5 million Syrian refugees, the struggle against Kurdish militants in the country’s southeast and Turkish military operations in northern Syria, among other outlays.