Diplomatic attempts to resolve disagreements over energy exploration in the eastern Mediterranean haven't worked so far, and the situation is becoming more and more militarized. 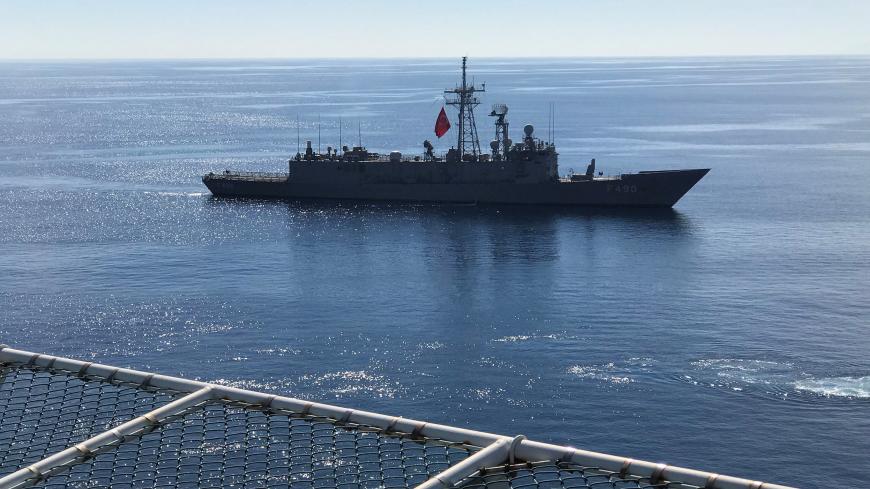 Tensions are rising quickly in the eastern Mediterranean over sharing hydrocarbon reserves in the area.

Meanwhile, Cyprus and the United States on Nov. 6 signed an agreement to reinforce bilateral security relations.

In an article I penned near the end of 2017, I forecasted that the tensions between Turkey and the anti-Turkish bloc of Greece, Israel, Egypt and Cyprus were likely to escalate and the issue would become militarized. In another article, I drew attention to growing military moves in the region.

The feud has been brewing for years and now is threatening to boil over, especially as some governments in the area have declared their own overlapping exclusive economic zones (EEZs).

On Oct. 17, Turkey issued an advisory to ships in the area that it would be conducting seismic surveys in the eastern Mediterranean beginning the next day and running through Feb. 1. Indeed, on Oct. 18, military tension over control of economic interests there grew as the Turkish seismic survey drilling ship Barbaros started searching for oil and gas. The ship was exploring areas Ankara has licensed to Turkish Petroleum (TPAO) just north of Cyprus' self-claimed drilling areas.

That same day, according to Ankara, a Greek frigate tried to block the Turkish vessel, but was prevented from doing so by its Turkish navy escort.

“We will never tolerate new harassment. We have [taken] all kinds of measures. I want everyone to know that we will not tolerate a fait accompli of any sort on this subject,” Turkish Minister of Defense Hulusi Akar said Oct. 24. He also threatened military action if Greece acts on plans to extend its territorial waters in the Aegean. Turkish government spokesman Omer Celik conveyed a similar message Oct. 31, one day after the Turkish drilling ship Fatih, named after the conqueror of Constantinople (or modern-day Istanbul), began drilling at the Alanya-1 borehole, 100 kilometers (60 miles) off Antalya. The ship will be survey drilling for 150 days until early April under the protection of a navy assault boat and a submarine.

Two Norwegian offshore supply ships also are accompanying the Fatih’s first survey. Turkish Energy Minister Fatih Donmez noted that other shallow drilling work with the Fatih vessel is planned northwest of Cyprus in November, adding that Turkey is about to buy a second drilling ship to ramp up exploration.

Meanwhile, Egyptian, Greek and Greek Cypriot leaders had met Oct. 10 to discuss EEZs in the area of the eastern Mediterranean near the Greek island of Crete. The leaders also reaffirmed their commitment to explore gas reserves off the coast of Cyprus.

Charles Ellinas, CEO of energy consultancy EC Natural Hydrocarbons Co. Ltd. in Nicosia, Cyprus, announced that US-based ExxonMobil will start drilling this month in block 10. An ExxonMobil-leased drilling vessel is expected to arrive Nov. 12 in Cyprus, according to the Greek Reporter.

Negotiations are about to conclude on the natural gas pipeline known as EastMed, a project favored by the EU as a way to diversify its energy resources. The on- and offshore pipeline will transport gas from the eastern Mediterranean to Greece, via Cyprus and Crete. Via other pipelines, gas would be moved to Italy and other countries in southeastern Europe.

The participation of Eni and Total strengthened predictions that natural gas produced from Israel’s Tamar and Leviathan fields, Egypt’s Zohr and southern Cyprus' Aphrodite could become an alternative natural gas supply source for the EU. These countries are cooperating on energy. The core problem here is that Turkey hasn't participated in this cooperation, as Ankara disagrees with the EEZs Cyprus claims.

Although Ankara isn't part of the 1982 UN Convention on the Law of the Sea, the convention calls for determining the limits of EEZs of countries in the eastern Mediterranean based on the principle of sovereignty. Turkey doesn't accept agreements that Cyprus has made with Egypt, Lebanon and Israel to delineate the EEZs, as Ankara says they would infringe on its rights.

Some experts feel Turkey should have declared EEZs rather than trying to develop a position based on the continental shelf. However, there is a growing opinion in Ankara that Turkey should declare an EEZ in 2019 and defend its sovereign rights in the eastern Mediterranean more robustly.

In conclusion, the remainder of 2018 could be interesting, considering the pace of unfolding events and escalating militarization.

The grim fact everyone should bear in mind is: We are at the threshold of an era when commanders from Turkey, Greece and Cyprus must keep their cool when confronted with the risk of military engagement. That's much more vital than diplomatic efforts in Ankara, Athens and Nicosia.