Vladimir Putin's visit to Israel stressed a number of important points upon the Russian leader, but whether it will affect his thinking on the Middle East remains to be seen. 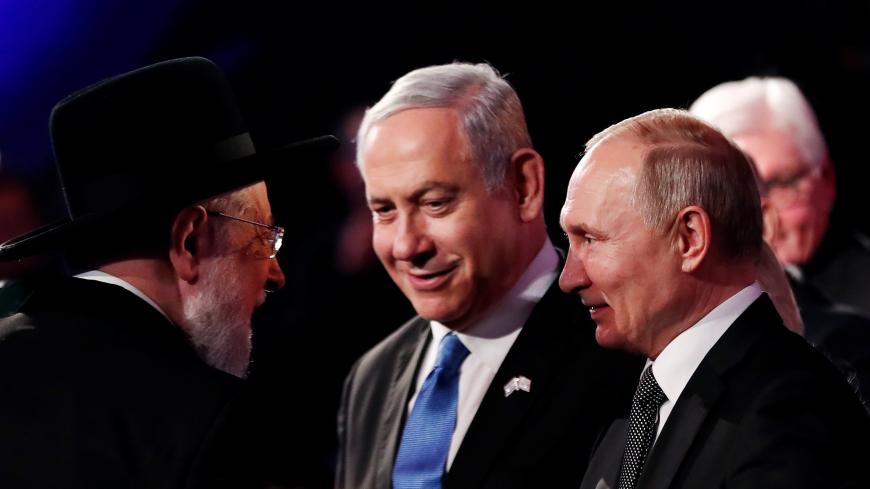 For the first time in eight years, Russian President Vladimir Putin has visited Israel and Palestine. The visit went far beyond the traditional Middle Eastern agenda for Russia; regional dynamics were also discussed during the meetings Putin held with Israeli officials.

Paying tribute to the victims of Nazism and all those who died in World War II, Putin formally laid claim for Russia to be positioned as a global peacekeeper. This is the logical outcome of the policy that Moscow has been pursuing in the region, starting with its campaign in Syria but gradually examining opportunities for its own participation in other crises in the Middle East. It was also a very personal and sensitive visit not only for Putin but for many members of the Russian delegation.

“Forgetting the past, disunity in the face of threats can turn into horrifying consequences. We must have the courage not only to say this bluntly but to do everything to protect and defend the world. In my view, an example must be set by the founding countries of the United Nations, the five powers that have a special responsibility to preserve civilization,” Putin said, addressing the World Holocaust Forum at the Yad Vashem World Holocaust Remembrance Center.

He immediately proposed to organize a summit of the permanent members of the UN Security Council — Russia, China, the United States, France and Great Britain — “in any country, anywhere in the world” to “search for collective answers to modern challenges and threats.”

Putin preferably wants the summit to be held this year when the world commemorates the 75th anniversary of the end of World War II and the foundation for the establishment of the United Nations.

In this regard, it is important to recall another statement by the Russian president dedicated to the anniversary of the United Nations and victory in World War II.

“We propose joining forces to resolve the new problems we are facing, and creating a truly broad international anti-terrorism coalition. … I have to note that our honest and direct approach has been recently used as an excuse to accuse Russia of growing ambitions. As if those who talk about it have no ambition whatsoever. But the point is not Russia's ambitions, dear colleagues, but the fact it is already impossible to endure the ongoing situation in the world,” Putin said when speaking at United Nations General Assembly on Sept. 28, 2015. At the time, few took that statement seriously. Two days later, Russia officially announced the start of its military campaign in Syria.

In both speeches, separated by five years, the key message Putin is trying to convey is the need to join forces. The initial Russian proposal failed. Moscow was not comfortable with the West’s approach that — besides being inconsistent — implied isolation of Syrian President Bashar al-Assad.

Russia’s successful military campaign in Syria forced others to listen to Moscow. Although the standing Moscow secured for itself is more an image than reality, Russia is increasingly trying on the status of a peacemaker. Over the last few years, the Russian diplomatic portfolio expanded from the Syrian crisis to an attempt to reconcile Palestinian groups on a Moscow platform, to the introduction of the Russian concept of Persian Gulf security to Moscow’s willingness to serve as a “communication channel” between Washington and Tehran, to — most recently — pushing for a central role in hosting the intra-Libyan talks.

All these claims have not yet led to any positive results, with the Syrian settlement having become bogged down altogether. Nevertheless, Russia has achieved a small diplomatic victory, which is the final document of the Berlin Conference that virtually embraced the joint efforts by Ankara and Moscow to mediate an intra-Libyan cease-fire and ultimate settlement.

“The five permanent members of the UN Security Council bear historical responsibility nowadays. And I, dear Vladimir, share your intention to bring us all together,” Macron said.

But evident dividing lines were seen in the other speeches. While Israeli speakers, as well as US Vice President Michael Pence, reiterated the formula “never again” when speaking of the horrors of World War II and the Holocaust, they primarily implied Iran. Moscow does not share this position. To make matters worse, the United States is now talking about an expanding role of NATO in the Middle East, which is also not appreciated in Moscow.

The role of Iran in the region and the situation in Syria and elsewhere in the Middle East was discussed by the Russian delegation, whose members arrived in Jerusalem a few days earlier. Yet Putin and his Israeli interlocutors did not publicly voice these issues in statements. Ultimately, Putin and Benjamin Netanyahu have spent many hours talking through these issues over the last few years. Netanyahu is a regular guest in Russia — he was in the country twice each year in 2016 and 2017 and three times in both 2018 and 2019.

Putin was invited to Israel on numerous occasions but could not refuse it this time for at least two reasons: first, because of the World Holocaust Forum dedicated to the 75th anniversary of the liberation of the Auschwitz death camp by the Red Army where more than a million Jews die; Putin — as a “representative of the liberating country” — became one of the main guests of the forum. The second reason is due to the unveiling of a monument to those who perished during the siege of Leningrad. Putin’s elder brother is one of the victims of this landmark tragedy for the Soviet Union during the war with Hitler.

Israel is practically the only country outside the former USSR that fully shares the Russian approach to the history of World War II amid attempts by a number of Western countries to hold Moscow responsible for the events of those years. On May 9, 2018, Netanyahu took part in Victory Day celebrations while the allies in the anti-Western coalition ignored Russia.

Israeli politicians started recalling the family tragedy of Putin and the entire Soviet nation, and the Red Army’s role in the victory over Nazism, right after the president went down the ramp. As a representative of the victorious power, they thanked him personally and in the presence of 50 world leaders. The Russian delegation wept at the opening ceremony for the monument, where Soviet songs were sung in Hebrew and the mayor of Jerusalem read verses by famous Russian poetess Anna Akhmatova. This is not a figurative expression — the camera repeatedly recorded Sergey Lavrov wiping away tears. Putin was touched as well.

“The monument is very valuable; it will remain for a long time, hopefully for centuries. And you can unveil it in different ways. But just as you did today … thank you,” Putin said, completing his speech at the opening ceremony.

Russia received the treatment it feels it deserves in Israel and in appreciation for this attitude may be expected to be softer in its disagreements with Israel — from a vision of Middle Eastern problems to occasional turbulence in bilateral relations.

Although many in Israel argued that Netanyahu needed the forum to win the election and both Putin’s visit and the Leningrad theme were there to attract Russian-speaking voters to Likud, all of this is of little importance to Moscow whatsoever. Israel gave Russia what it most needed in order to demonstrate itself in the role that it wants to play: the peacemaker.

Putin’s visit to Bethlehem for the meeting with Palestinian President Mahmoud Abbas, which followed after the events in Israel, thus was more of a tribute to traditions. Moscow understands that a Palestinian-Israeli settlement has practically no prospects. But as always, Russia is ready to play the role of mediator and provide assistance — especially in the run-up to the US plans to release the so-called Deal of the Century. 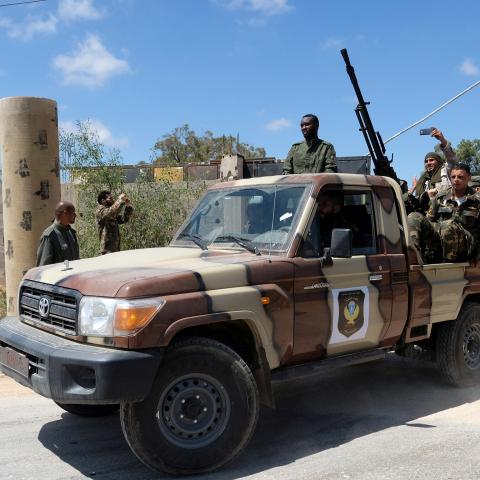