2020 dawns in Egypt with viral video of mob harassing women 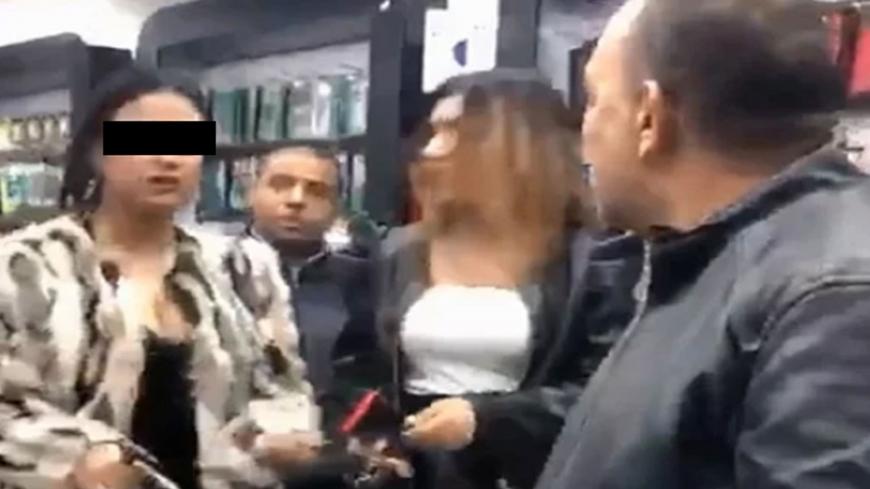 Two women harassed by a mob on New Year's Eve in Mansoura, Egypt, are seen in a still from cell phone footage uploaded Jan. 5, 2020. - Twitter/@masr11_news

Videos depicting an Egyptian mob sexually harassing women in the first hours of the new year have drawn widespread public anger, but the attackers have managed to escape.

The videos, which went viral on social media last week, show two women being harassed by a group of young men in the city of Mansoura, north of Cairo. Egypt has long struggled with harassment of women on the streets and many similar incidents took place during the January 25 Revolution.

The Egyptian authorities opened an investigation into the incident and arrested seven suspects. However, all were released the next day after the two women, both 20, said that they are not the men who harassed them. No new arrests have been made.

The videos showed dozens of young men verbally and physically harassing one of the women as she screamed. Then a second group of men rushed in to protect her and helped her escape in a car as the attackers climbed on top of it.

The Dakahlia governorate prosecutor took statements from the assaulted woman and her friend. According to detectives, the young woman explained that the two had been walking when a group of young men behind them started taking photos and one of them tried to touch her leg. When she swore at him, his friends circled around her.

She said, "We tried to take shelter in a mobile shop that was in front of us, and we actually entered it, but the owner of the store asked us to leave because of the youths gathering in front of the shop and saying bad words and whistling."

She added that she did not report the incident to the police because she was traumatized and mentally exhausted when she returned home.

Women's rights activists have condemned the incident and called upon the authorities to hold those responsible accountable. Hadia Abdel Fattah, a human rights activist who runs an initiative called “We will not Keep Silent on Sexual Harassment," told Al-Monitor that the incident is a result of "an extremist social culture" and "how bullies are glorified in TV series and movies.”

She went on, “This is in addition to the frequent fatwas of Salafist sheiks that allow the beating of wives, the marriage of minors, female circumcision, requiring the niqab … all of these in the name of religion.”

Despite Egypt passing tougher laws against sexual harassment with a series of amendments beginning in 2014, harassment during holidays and special occasions are common despite an increased police presence including policewomen specifically deployed to the streets to protect women. The National Council for Women has set up centers to take complaints of sexual harassment. However, many women are afraid to speak out.

Randa Fakhr El Deen, chair of the NGOs Union Against Harmful Practices on Women and Children, said that despite increasing awareness of violence against women and the issuance of a number of laws to deter it, the crimes are still increasing.

“This is a warning, and we must study the phenomenon from all economic, cultural, moral, religious, criminal and psychological aspects,” she told Al-Monitor.

She said that the figures are alarming. In Egypt, 46% of women experience violence from a partner, 27% of girls marry before reaching the age of 18 — the legal age of marriage in Egypt — and 87% of girls are subjected to female genital mutilation.

Fakhr El Deen called for increasing penalties against gender-based violence and harassment and enforcing the law. She also urged action by civil society organizations in cooperation with state institutions concerned with defending women's rights on reforming laws to ensure equality between women and men.

“We also need to present a positive image of women in the media, cinema and radio and television series,” she added. “Without all these efforts at once, such incidents will continue in Egypt."